Now It's Granda's Turn to Face a Challenger for Central Seat 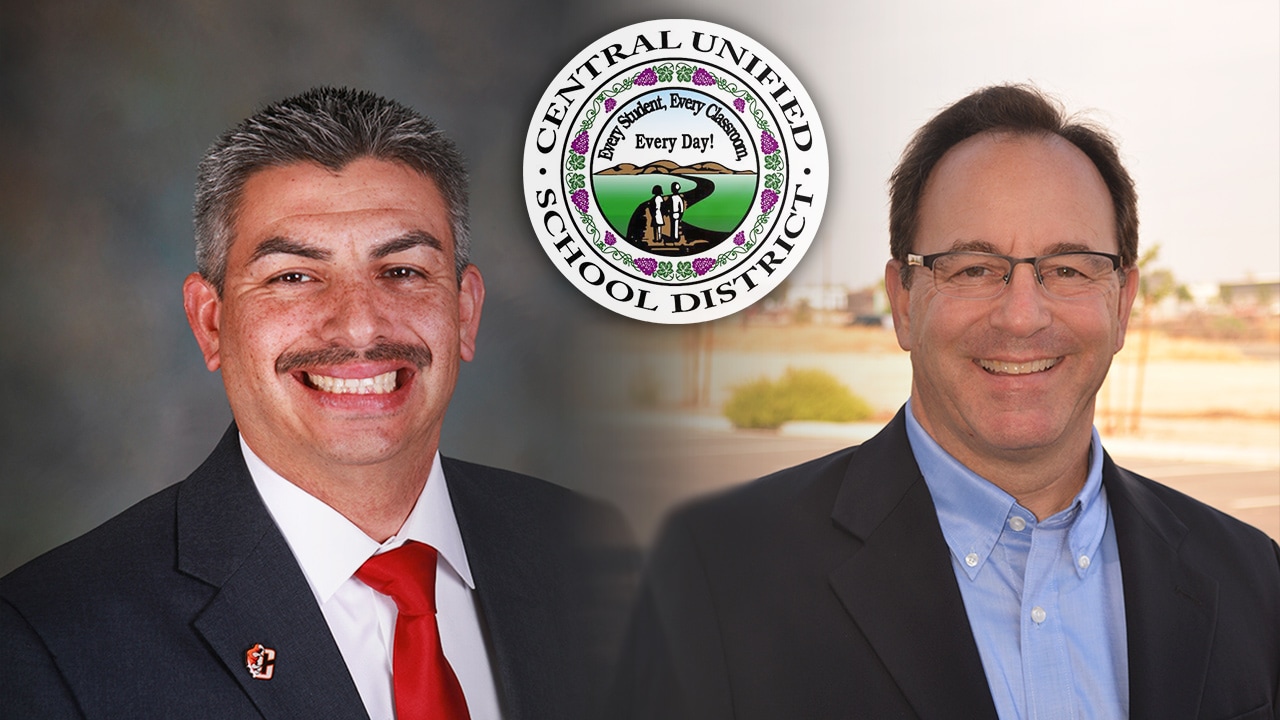 Four years ago, Cesar Granda unseated incumbent Phil Rusconi from the Central Unified School District Board, saying it was a time for a change.
It was an extremely tight race, with Granda prevailing by just 11 votes over Rusconi in a three-candidate field.
Granda ran as part of the “Four Horsemen” slate, which swept incumbents out of the Area 1, 2, 4, and 7 seats. The other winning horsemen were Richard Atkins, Ruben Coronado, and Rama Dawar. All are running for reelection.

Now Granda, the board president, faces a challenge from geologist and farmer Jason Paul to retain his Area 1 trustee seat in the November election.
Elections are always important, but the stakes appear as high — or even higher — than in 2014.
The board announced the firing of a popular superintendent, Mark Sutton, in February on a 4-3 vote, and Granda was in the majority.
Then in June, the board hired Andy Alvarado as superintendent, bringing him aboard from the top spot at Golden Valley Unified School District in Madera on a 5-2 vote. Granda, again, sided with the majority.
Between those two events, some district families who liked Sutton tried to mount a recall of two board members, but it failed.
In addition, with new development continuing within the district’s boundaries, overcrowding in some classrooms is a concern.
Interviews with the Area 1 candidates suggest that improving student safety and planning for growth in the district are among their top issues. Here is a look at the both of their campaigns.

Born and raised in Los Angeles, Granda relocated to Fresno in 1999.

Paul was born and raised in Fresno with his four siblings.


“[I am] excited about the opportunity to help the district because I see a lot of positive possibilities out there.” — Jason Paul, candidate for Area 1 trustee
He graduated from Central High School and Fresno State and is the office manager/senior geologist at Blackburn Consulting. He also farms grapes.
Concern for the Central Unified School District community is Paul’s motive for running.
And one of his big concerns is school overcrowding.
“The development out here is just going to continue to develop and we are going to grow more. We need to position for that growth,” Paul said.
He is endorsed by former Fresno County Supervisor Debbie Poochigian, Fresno County Supervisor Buddy Mendez, California Assemblyman Jim Patterson, Wayne Koligian, and the Northern California Carpenters Regional Council Local 70, among others.
With growth also comes the challenge of maintaining high standards within the district, Paul said.
“We’ve got to move towards maintaining what we have and increasing standards,” Paul said, adding that the district’s music program, sports program, and teachers are his top priorities.
He continued, “I would like to see us have a reputation of having high-quality staff and administrators, and be the envy of the area, and essentially be the envy of California as far as the standards that we maintain.”
Improving student safety on campus is another issue Paul wants to address.
“As with any school districts around the country, particularly in California, I think there is a concern about safety,” Paul said. “A lot of our schools are older and haven’t been set up so that we can inherently protect our kids so there’s got to be some creative thought about the existing schools and about the one we build in the future.”
Paul’s ultimate vision for the district is for it to one day compete with Clovis Unified, which he said has historically set the bar high.
“I am thankful that they have set the bar high, but we have to say, OK, how can we be better, how can we attain higher standards,” Paul said, adding that he is excited about the opportunity to help the district because “I see a lot of positive possibilities out there.”


(Interactive map showing the schools within the boundaries of CUSD Area 1.)

Sidewalk Vendors Get a Boost From Bill Signed by Brown