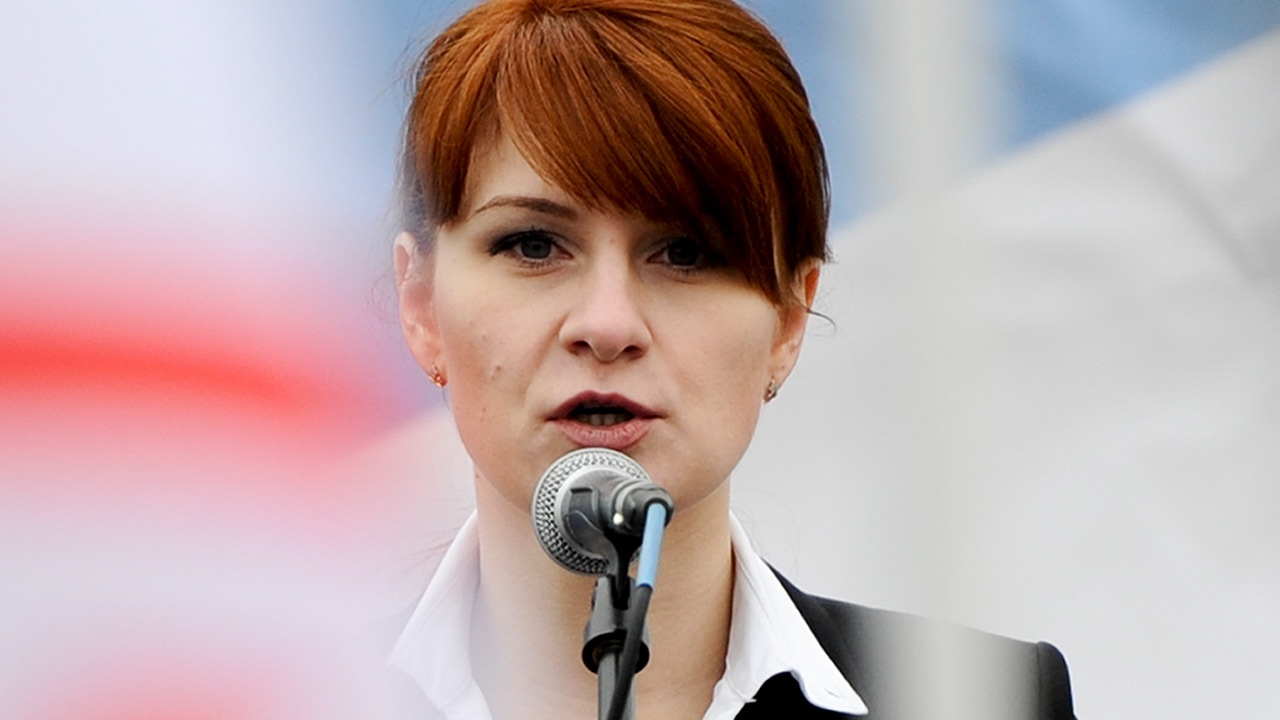 MOSCOW — As Siberian gun rights activist Maria Butina faces a hearing in Washington, here is a look at the unusual path that led to her arrest. She’s accused of working as an undeclared Russian agent, based on FBI suspicions that she and patron Alexander Torshin sought to infiltrate the NRA and build a long-term influence campaign with the American right. She has pleaded not guilty.

Torshin is elected to serve in Russia’s upper house of parliament, the Federation Council. He makes his first contact with the NRA.

Butina goes to the U.S. for the first time, and she and Torshin attend an NRA convention in Indianapolis. She resigns as leader of Right to Bear Arms.

Butina and Torshin attend National Prayer Breakfast, and Torshin attends NRA convention in Louisville where he says he met Donald Trump Jr.
Butina starts masters program at AU. She and Torshin exchange messages about contacts with Russian intelligence, and a “back channel” to U.S. right wing, according to the FBI.

Senate questions Butina in April, and her apartment is searched by FBI. Torshin is hit with US sanctions. Butina is arrested July 15. 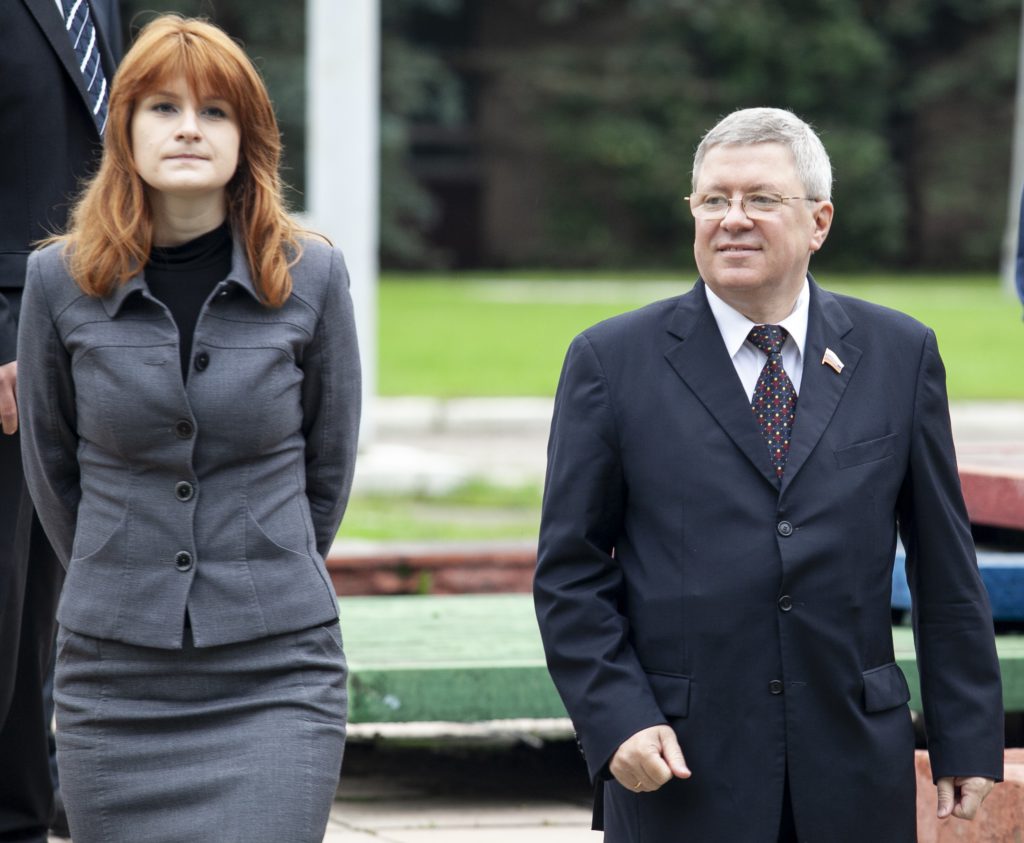 In this photo taken on Friday, Sept. 7, 2012, Maria Butina walks with Alexander Torshin, then a member of the Russian upper house of parliament in Moscow, Russia. When gun activist Maria Butina arrived in Washington in 2014 to network with the NRA, she was peddling a Russian gun rights movement that was already dead. Fellow gun enthusiasts and arms industry officials describe the strange trajectory of her Russian gun lobby project, which U.S. prosecutors say was a cover for a Russian influence campaign. Accused of working as a foreign agent, Butina faces a hearing Monday, Sept. 10 in Washington. (AP Photo/Pavel Ptitsin)