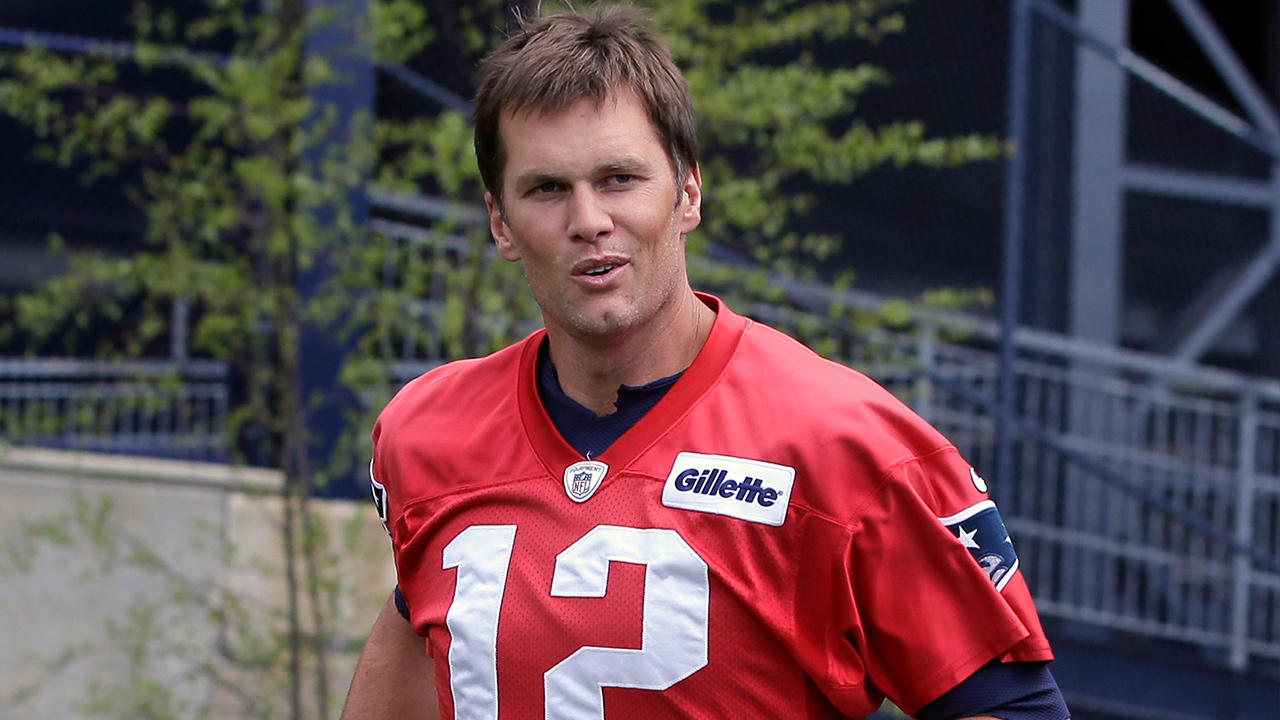 FOXBOROUGH, Mass. — He’s 41 now but the joy is still there for Tom Brady, who was named the NFL’s Most Valuable Player for a third time last season.
“It’s a blessing to be able to do it,” the New England quarterback said Friday as he awaits his 19th NFL season with Sunday’s home game against the Houston Texans. “I love playing football. I love the sport and I’ve been doing it for a long time so I’m not sure what life would be like without it.”


“I love playing football. I love the sport and I’ve been doing it for a long time so I’m not sure what life would be like without it.” — New England QB Tom Brady
He got a taste of that 10 years ago when he was lost for the season in the opening game and he was suspended for the first four games of the 2016 season for Deflategate.
“I’ve had a few experiences where I haven’t been out there, and I haven’t liked those very much,” he said.
“I love playing football,” he added. “I love being out there, the preparation, what it takes to be a great player. Those things are still very enjoyable for me and there’s no place I’d rather be Sunday afternoon at 1 o’clock, playing here and playing well.”

Brady Prepares to Play and to Win

Patriots running back James White says Brady comes ready to work every day.
“Competitor, from eating (right) to studying, to getting to know his teammates, he knows who everybody in this locker room inside and out,” he said. “Just the way he works, you just want to emulate a guy like that — all the success that he’s had in this league. He’s a great leader for us and there’s no better example that you want to follow.”
Brady, who recently said he’d like to play until he’s 45, says his experience is a true asset as he seeks a sixth Super Bowl title and ninth appearance in the NFL’s biggest game.
“I think you can use it to a real advantage if you do things the right way,” he said. “I feel like I have a lot of experience, a lot of knowledge and I plan to use it. I mean, football’s fun for me. I feel like I can go out there, I can anticipate a lot of things. I’ve seen all the coverages — we have a lot of answers to the test. Now you just got to go do it.
“Most athletes, by the time you get to a certain point you start to figure it out mentally and physically it becomes really hard. So, trying to be my best physically and be my best mentally and that’s a good place to be.”

As for his conditioning, Brady says he is comfortable with his situation concerning his personal trainer, Alex Guerrero. Guerrero was removed from team flights last season but has reappeared as a sign of some sort of understanding involving coach Bill Belichick.
“We work together,” Brady said. “I don’t want to bring on any drama this year — just focus on what I want to do and be a great football player for this team and try to be a good example in the locker room and provide great leadership. That’s where my focus is — I know we want to often times talk about a lot of other things, but I just really want to stick to football.”


“I don’t want to bring on any drama this year — just focus on what I want to do and be a great football player for this team. …” — Tom Brady
Brady starts this season with Danny Amendola now in Miami and Julian Edelman suspended for the first four games for a PED violation. There are five wide receivers on the roster, two of them added in the last five days.
“I have confidence in them, certainly,” he said. “Phillip (Dorsett) and Chris (Hogan) obviously I played a lot with them last year, Cordarrelle (Patterson) is new and he’s done some good things, obviously, the reason why he’s here. He’s a really good player and he’s been productive in the league.
“To be on this team, you have to be a good football player and the guys that are out there certainly I have a lot of confidence in.”
Brady refused to comment on the airing of Colin Kaepernick’s first Nike ad, saying, “I really want to focus on football. get ready for the Texans. They’re a great team.”
Related Topics:Houston TexansJulian EdelmanMost Valuable PlayerNew EnglandPatriotsSuper BowlTom Brady
Up Next