Top 12 Photos of the Week 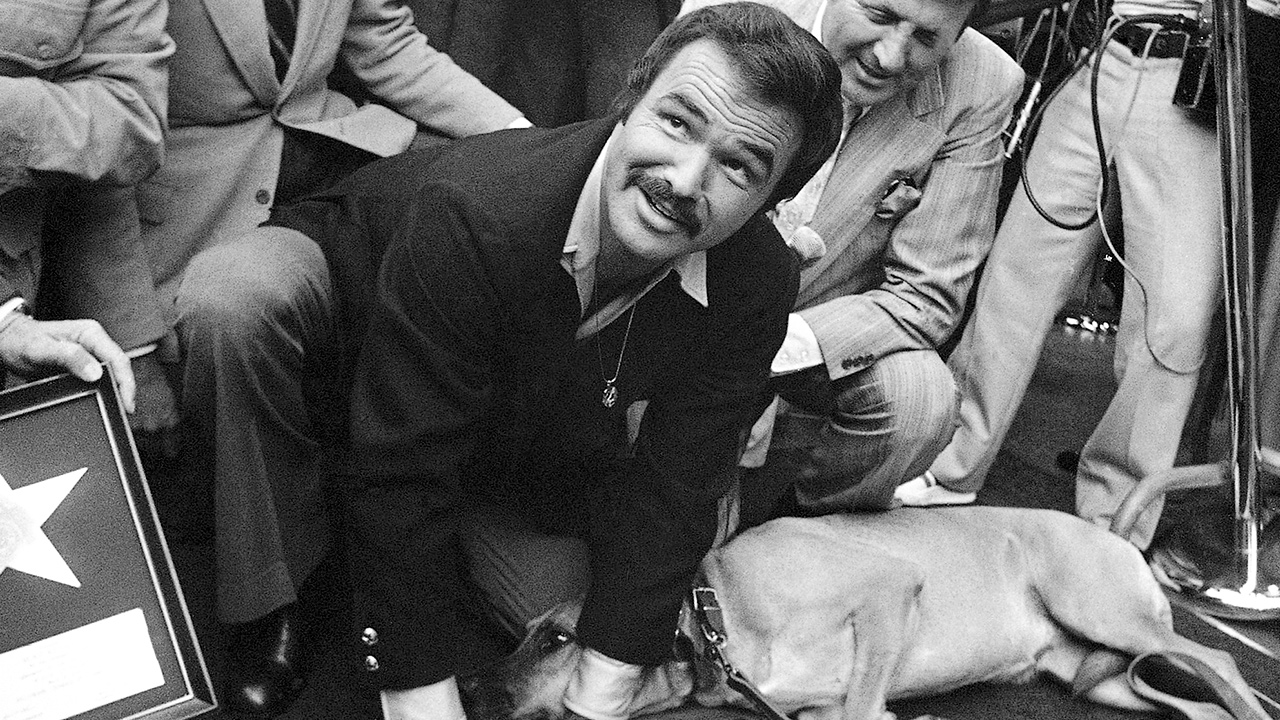 Battling the Delta Fire in the Shasta-Trinity National Forest 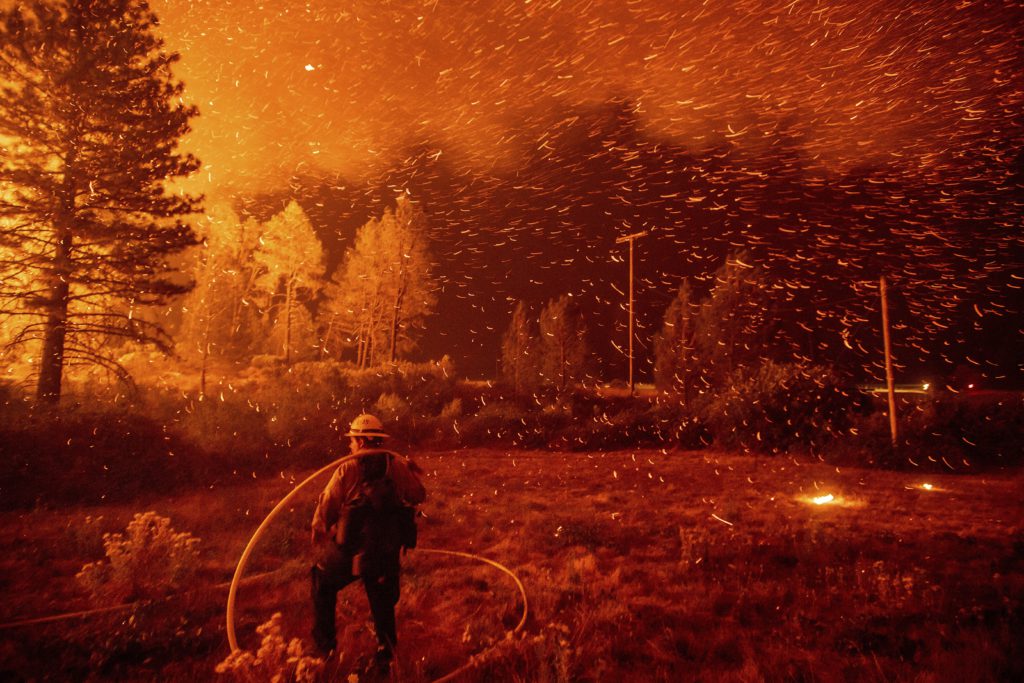 Embers fly above a firefighter as he works to control a backfire as the Delta Fire burns in the Shasta-Trinity National Forest, Calif., on Thursday, Sept. 6, 2018. The blaze had tripled in size overnight. (AP Photo/Noah Berger) 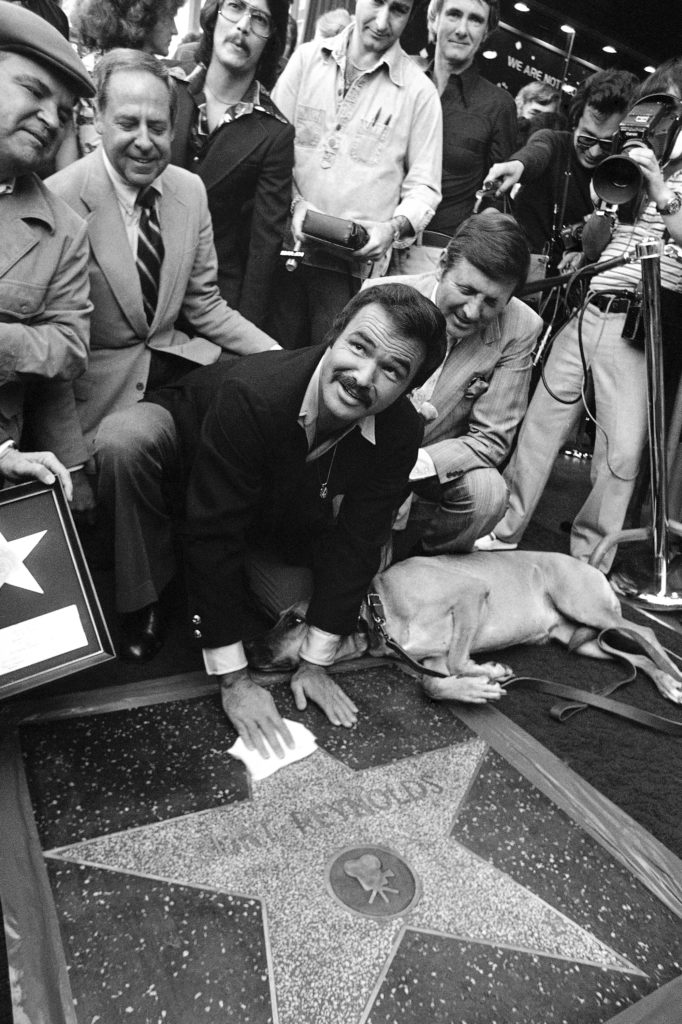 In this March 15, 1978 file photo, actor Burt Reynolds polishes star that was unveiled in the Hollywood Walk of Fame in Los Angeles. Reynolds, who starred in films including “Deliverance,” “Boogie Nights,” and the “Smokey and the Bandit” films, died at age 82, according to his agent. (AP File Photo) 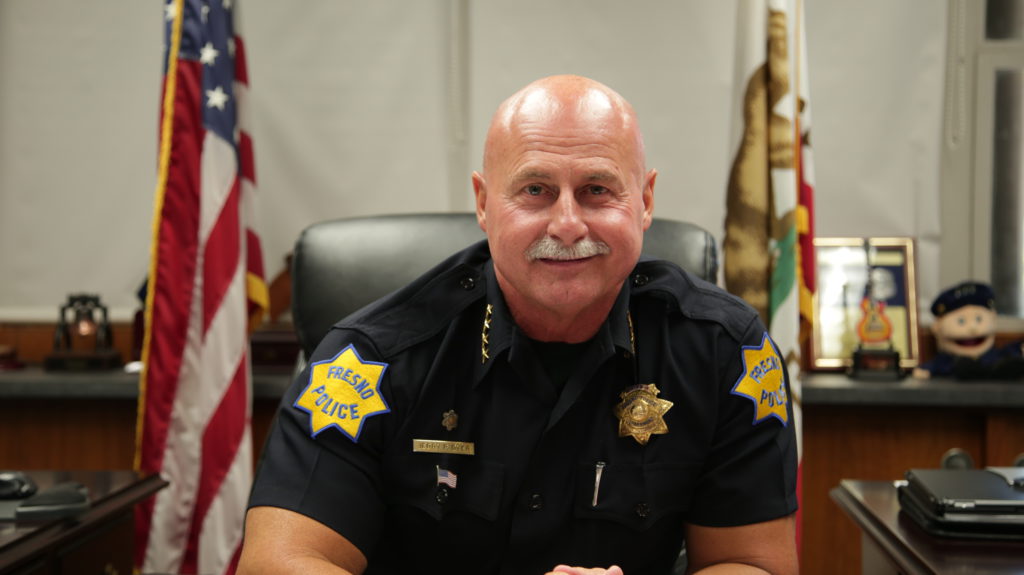 Fresno Police Chief Jerry Dyer in his office during a recent GV Wire interview. Dyer says, “I would venture to say that (my retirement) will be within the next year.” (GV Wire Photo/Jahz Tello) 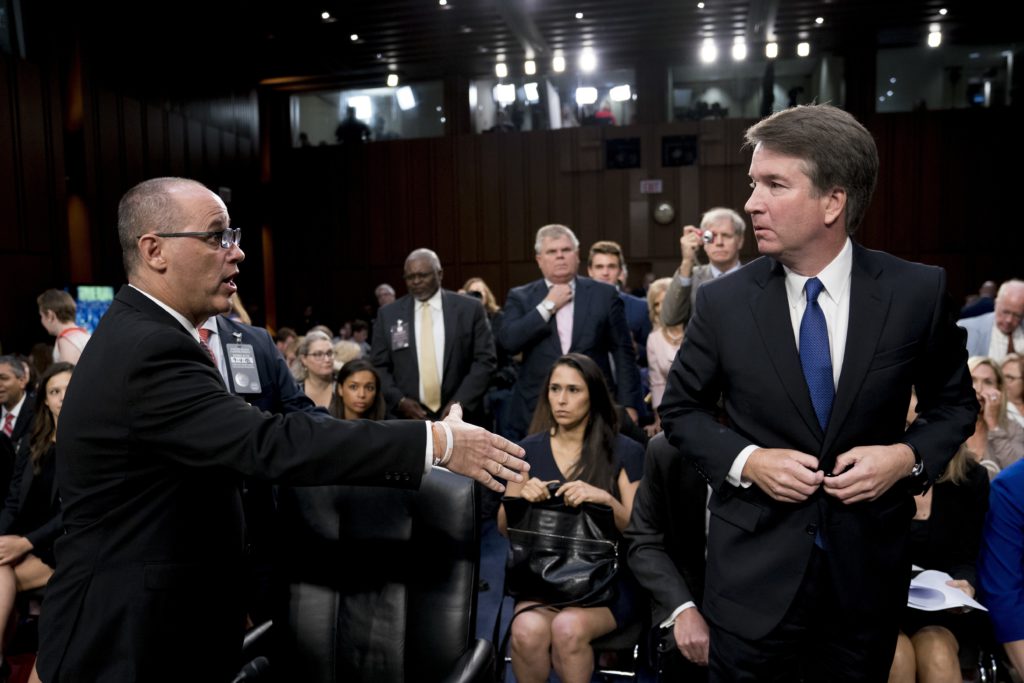 Fred Guttenberg, the father of Jamie Guttenberg who was killed in the Stoneman Douglas High School shooting in Parkland, Fla., left, attempts to shake hands with President Donald Trump’s Supreme Court nominee, Brett Kavanaugh, right, as he leaves for a lunch break while appearing before the Senate Judiciary Committee on Capitol Hill in Washington, Tuesday, Sept. 4, 2018, to begin his confirmation to replace retired Justice Anthony Kennedy. Kavanaugh did not shake his hand. (AP Photo/Andrew Harnik) 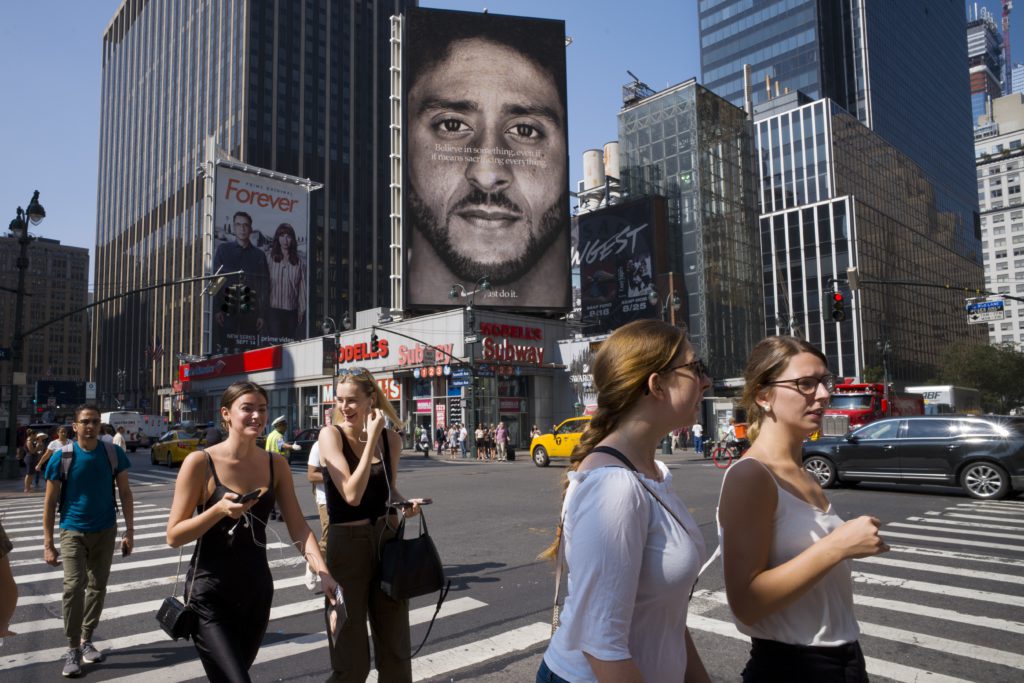 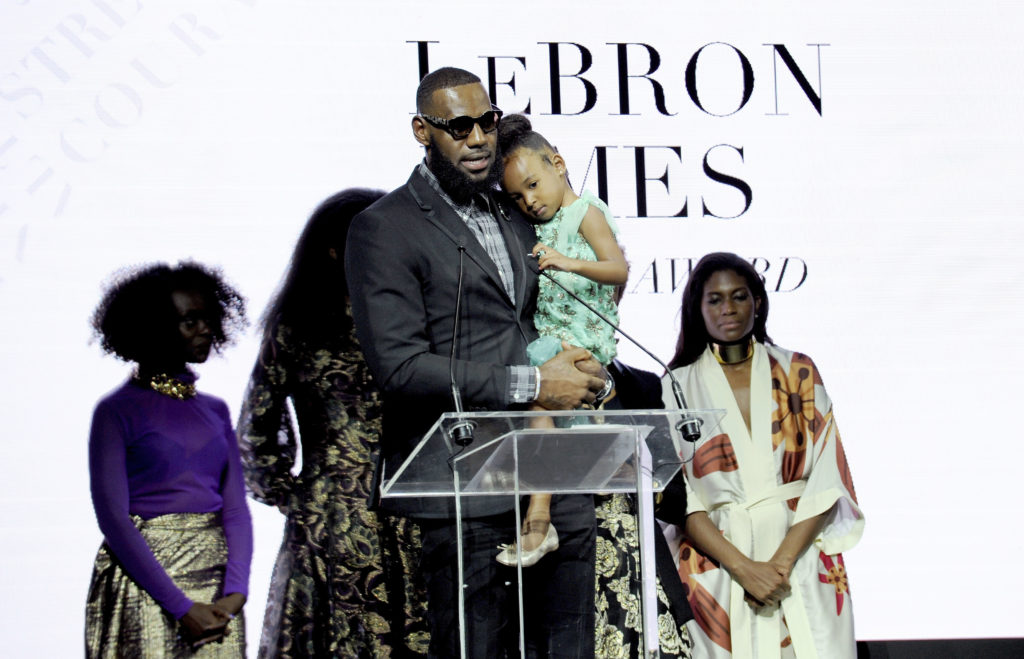 Vice President Mike Pence, right, administers the oath of office to Sen. on Kyl, R-Ariz., while his grandson Christopher Gavin holds a Bible, during a ceremonial swearing-in at the Old Senate Chamber on Capitol Hill, in Washington, Wednesday, Sept. 5, 2018. (AP Photo/Cliff Owen) 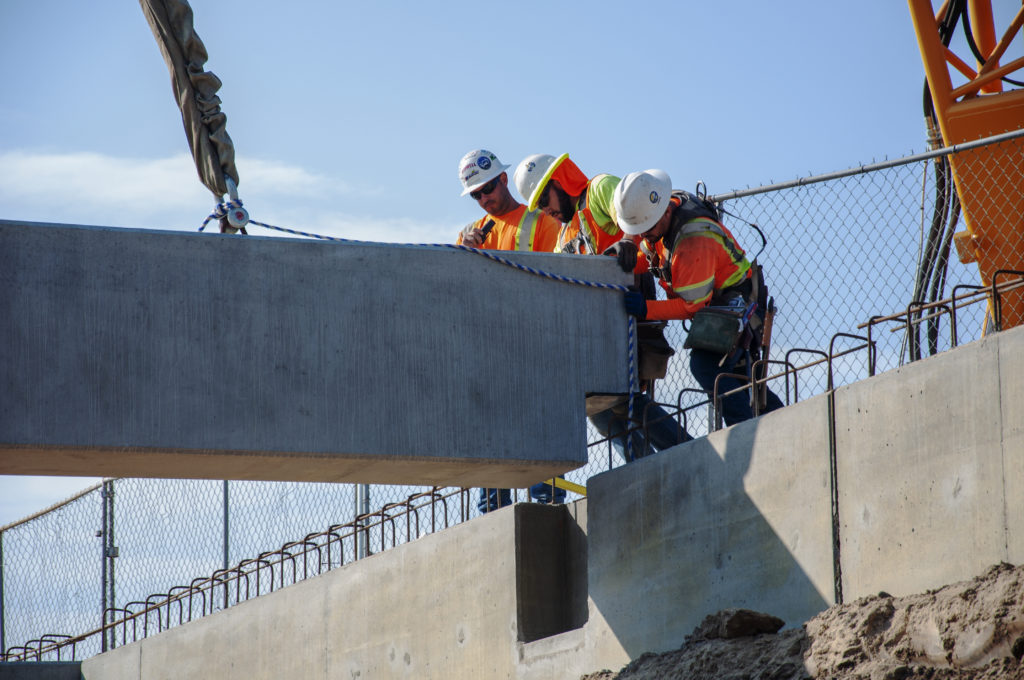 A crane sets pre-cast concrete girders over the northern section of the Fresno Trench, near downtown Fresno. Nearly 40 girders were placed over two days in August, while closer to State Route 180 (SR 180), work continued on a drainage structure that will relocate a 60-inch storm sewer line to the north side of the highway. (CHSRA Photo) 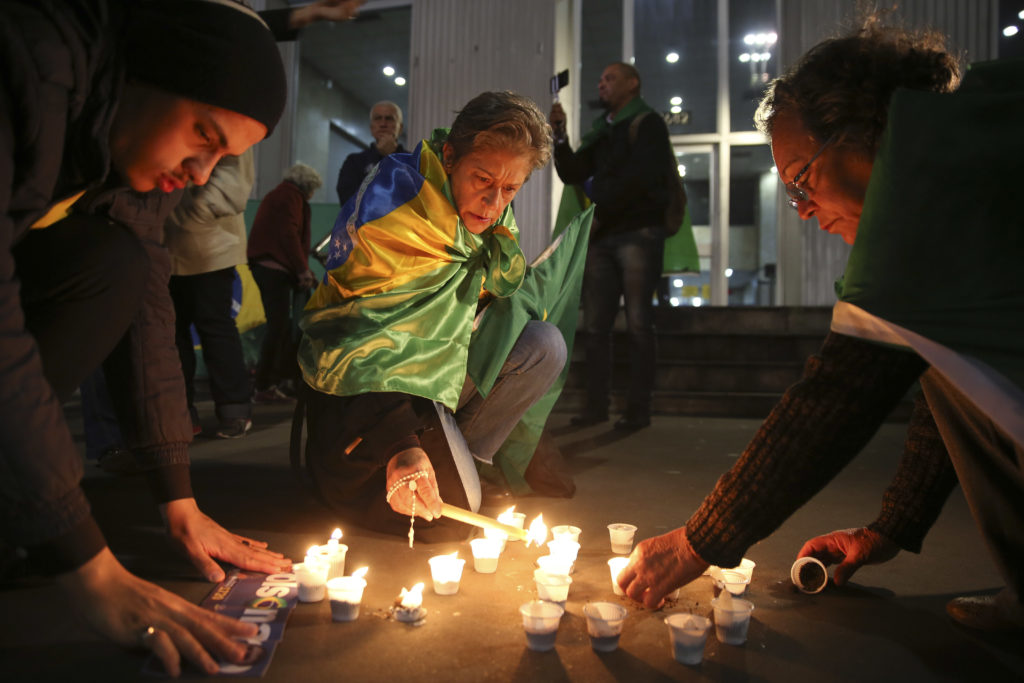 People light candles in support of Jair Bolsonaro, Brazil’s Presidential candidate for the National Social Liberal Party, who was stabbed during a campaign event, in Sao Paulo, Brazil, Thursday, Sept. 6, 2018. Bolsonaro, a leading Brazilian presidential candidate whose heated rhetoric has electrified some voters and angered others in a deeply polarized electorate, was stabbed during a campaign event. (AP Photo/Andre Penner)

Scorched Remains of the Wildfires 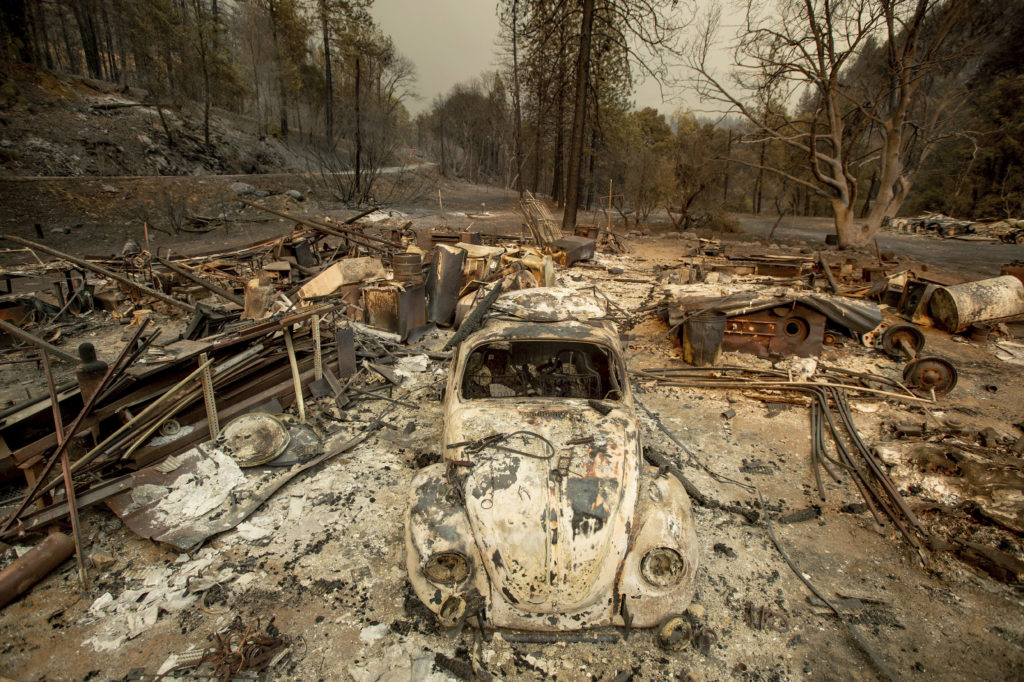 A scorched VW Beetle rests in a clearing after the Delta Fire burned through the Lamoine community in the Shasta-Trinity National Forest, Calif., on Thursday, Sept. 6, 2018. (AP Photo/Noah Berger) 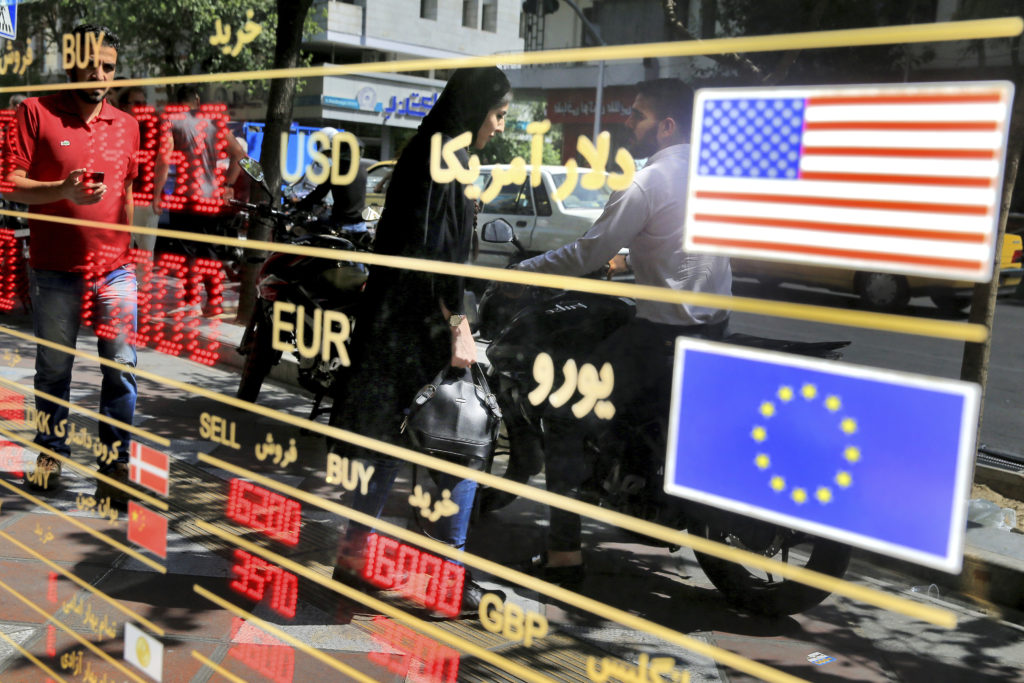 Various currency rates are displayed at a window of an exchange shop in downtown Tehran, Iran, Wednesday, Sept. 5, 2018. The Iranian rial fell Wednesday to its lowest rate on record and saw worried residents of Tehran line up outside of beleaguered moneychangers, part of a staggering 140-percent drop in the currency’s value since America pulled out of the nuclear deal only four months ago. (AP Photo/Ebrahim Noroozi)

Jarrar Returns to Campus Saying She ‘Loves’ the Fresno Community 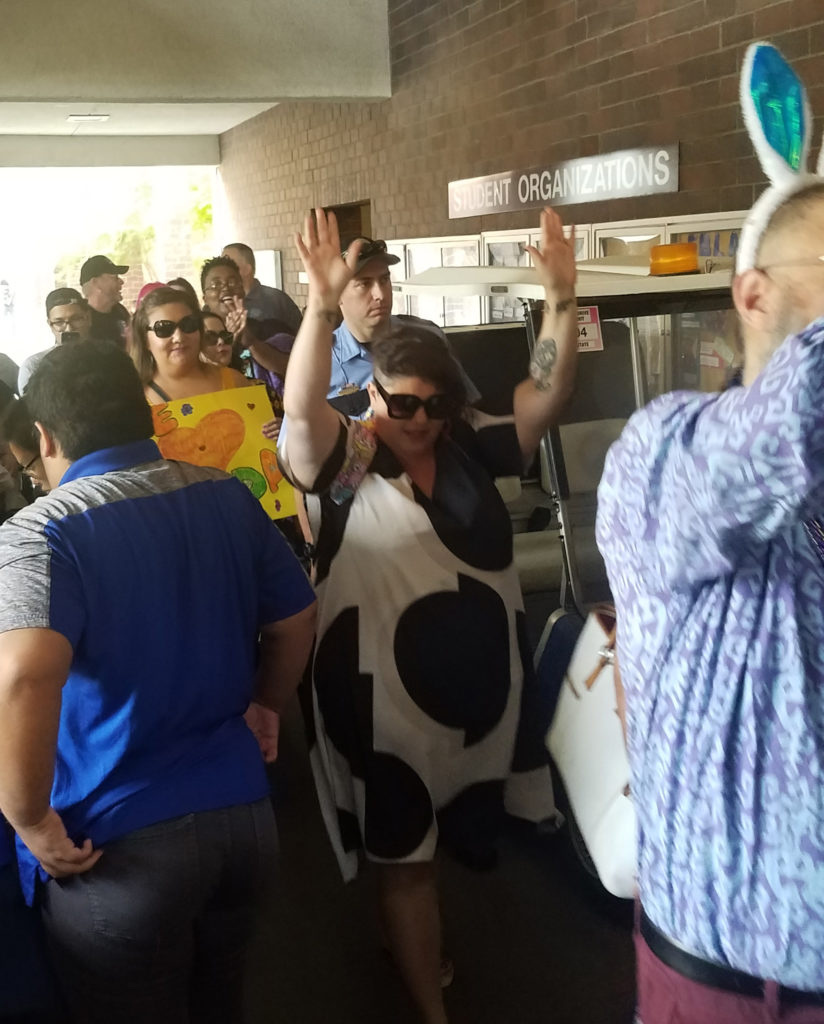 Fresno State professor Randa Jarrar as she’s about to enter her English 103 Masterpieces of American Literature class. In an entrance that resembled a Mardi Gras parade, the controversial Randa Jarrar arrived on campus Wednesday (Sept. 5), teaching for the first time since a medical leave of absence. (GV Wire Photo/Jahz Tello)