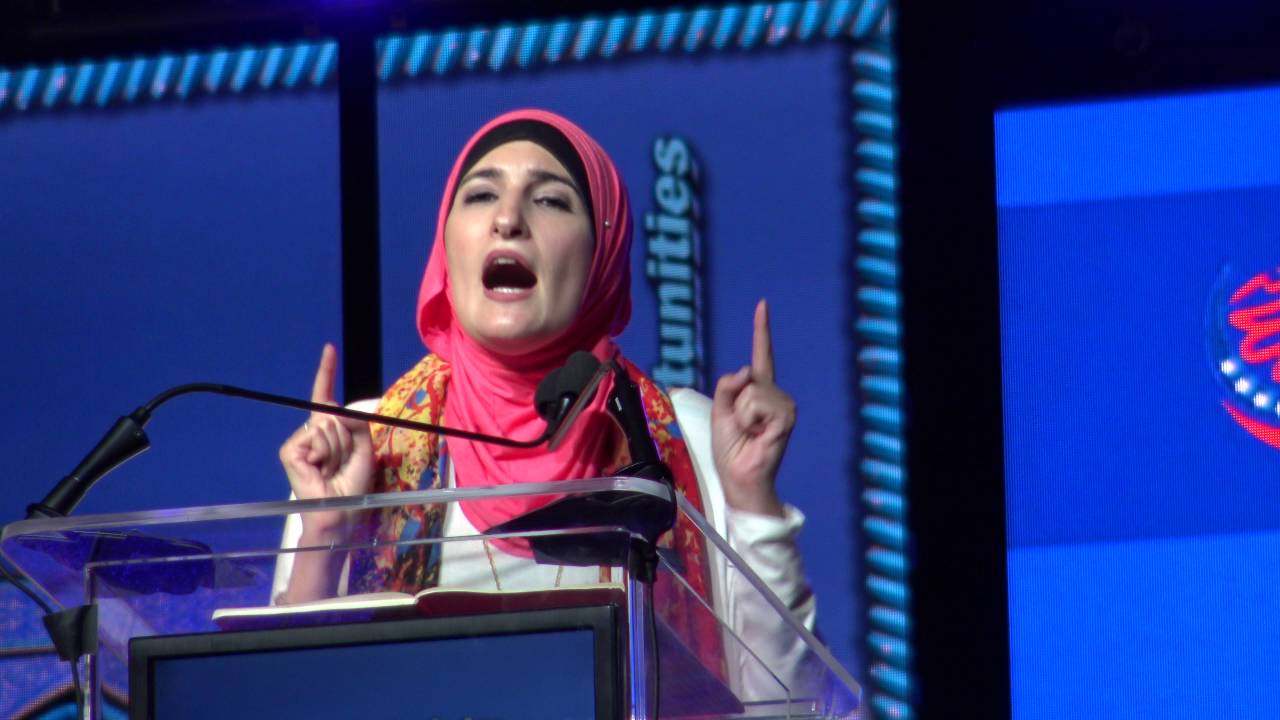 Linda Sarsour, a political activist embraced by progressives and vilified by the right, appeared in Fresno Thursday (Sept. 6). She spoke at a California Endowment gathering called “Fight For All”  at the Doubletree Hotel in downtown Fresno.
Known for her advocacy for women’s rights, Palestinian rights, and other liberal causes, she has inspired much praise and vitriol.
Sarsour was among several activists arrested Tuesday (Sept. 4) at the U.S. Capitol during the confirmation hearing of Supreme Court nominee Brett Kavanaugh.

According to the Twitter account of Cal Endowment’s Tony Iton, Sarsour told the audience “dissent is the highest form of patriotism.”

“Dissent is the highest form of #patriotism” Thank you @lsarsour for challenging us to look at what it means to truly be part of the #resistance. #WeAreBHC pic.twitter.com/D9R8sSzrfP

Sarsour also talked about her activism and the Kavanaugh hearing. She said that everyone has a voice in a democracy.

Congressional candidate TJ Cox will campaign with former President Barack Obama, according to numerous media sources.
The Democrat will be among seven candidates at Saturday’s (Sept. 8) rally in Orange County.
His opponent for the District 21 seat, incumbent David Valadao (R-Hanford) is making light of Cox’s out-of-town event.
His campaign tweeted out a mock video, noting Cox’s political donations from the Bay Area and “Hollywood liberals.”

.@TJCoxCongress is skipping town for The OC to rally Hollywood liberals this weekend.

Cox, meanwhile, is linking Valadao to Trump administration policies in the social media jabbing between the campaigns.

Trump and congressional Republicans like @RepDavidValadao are so owned by special interests they are attacking laws that protect people with pre-existing conditions.
We need to protect people, not find new excuses to throw them off of their healthcare.https://t.co/9K1Vf4paYI

Proposed Animal Shelter Would Be State-of-the-Art Derrel Ridenour, CEO of Derrel’s Mini Storage, wants the Fresno County Board of Supervisor to approve zoning changes in order to build a new animal shelter. After all, he is donating the land and providing the funding to build the facility.
Ridenour and his wife are animal lovers and have long sought to build a new shelter for Fresno Humane Animal Services.

The union representing Fresno Unified teachers has endorsed candidates in three of the four races in the November election.

The Fresno Chamber of Commerce Political Action Committee has officially endorsed three Fresno City Council candidates: Tate Hill (District 3), Luis Chavez (District 5) and Brian Whelan (District 7).
“During his time in office, Luis Chavez has proven to be a strong voice for business, and we’re confident that Tate Hill and Brian Whelan have what it takes to join him in improving Fresno’s business climate and helping to create jobs throughout our community,” Chamber President/CEO Nathan Ahle said in a statement.