Will Supervisors Give OK to New Animal Shelter West of 99? 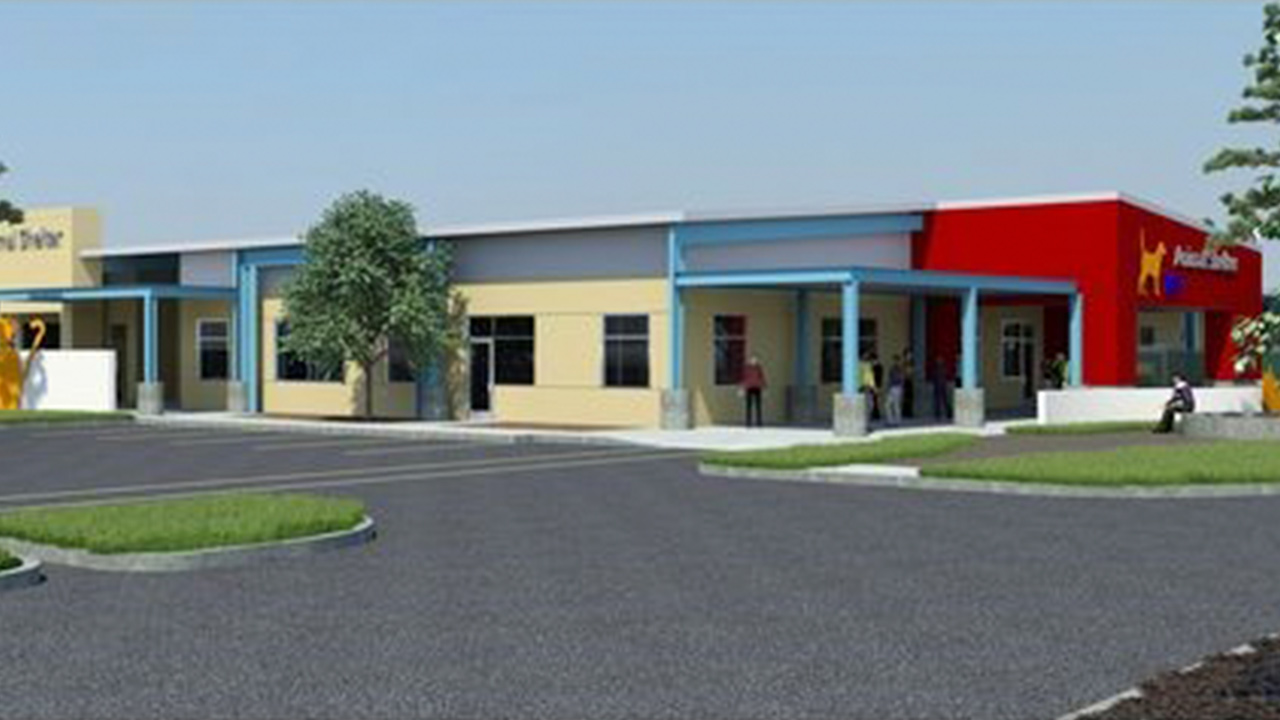 Fresno Humane Animal Services wants to build a new $6 million shelter and animal hospital. It has the land. It has preliminary approvals. It is fundraising to build a first-rate operation.
But some residents are against the four-acre facility, which is proposed on Grantland Avenue, between Parkway Drive, Tenaya Avenue, and Highway 99.
Neighbors cite the potential for increased traffic as their top reason for opposition.

Mitchell said the current location was only supposed to be temporary, lasting 90 days. The shelter has been there for nearly six years.
“This is not large enough for the quantity of animals that Fresno County has, so we have to work so hard to get them out, just to keep saving their lives,” Mitchell said. 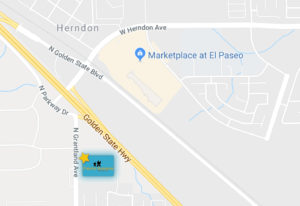 She also cited being set up on blacktop as a big problem. This means things are hot during summer and not nearly warm enough in winter.
The shelter is home to 150 dogs and 60 cats. The new facility would contain 185 indoor/outdoor kennels with proper sanitation to avoid illnesses caused by overcrowding.
“This shelter is being built to be great for humans and animals. And, animals don’t like all that nonsense, either,” Mitchell said.

An online petition cites increased traffic at the busy Herndon/Grantland/99 intersection as the main reason to reject the rezone. The petition has 98 supporters, most of them listed as living in Fresno.


“We’re not against animals. I love animals. We just can’t sustain it on that side of town.” — Mannie Camarena, neighbor
A petition in favor of the shelter has nearly 35,000 supporters, about 2,200 of which reside in Fresno.
Mannie Camarena lives a half-mile from the proposed location and has organized a grass-roots movement against the bigger facility. She emphasizes that it’s the traffic she opposes — not animals.
“It’s just the lack of infrastructure. It’s not the cause that they want an animal shelter. We’re not against animals. I love animals,” Camarena said. “We just can’t sustain it on that side of town.”
Camarena says she doesn’t know how much traffic the shelter brings, but notes the new home developments in the area. The only nearby roads connecting the homes west of Highway 99 to the rest of the city are Herndon and Shaw avenues. Traffic delays are frequent.
“If it’s another location, we’re all in support of it. But in the neighborhood that is zoned for residential — that’s not zoned for commercial or industrial— and that’s what (the supervisors) are going to vote on September 11,” Camarena added.

Mitchell, of FHAS, said she understands the traffic concerns but doesn’t think it will be an issue.
For starters, the shelter would not open to the public until 10 a.m.
“We’re not that busy of an operation in the first place. Shelters are notoriously not visited in Fresno. We hope it will be beautiful and will increase (traffic),” Mitchell said.
Mitchell also said a shelter is a better alternative than other choices for the vacant land, like commercial truck/bus parking or an apartment complex. Also, the plan is for a Derrel’s Mini Storage to be built around the shelter.
Camarena wants the county to provide better infrastructure in the area and retain the current zoning. In July, the Fresno County Planning Commission approved the zoning change, from rural residential to conditional light manufacturing on a 5-4 vote.

The proposed location is in Fresno County Supervisor Brian Pacheco’s district. He supports the concept of a new shelter but says he recognizes the objections of some nearby residents.
“I think we can agree right now we have an inadequate facility,” Pacheco said. “Fresno Humane is doing a tremendous job under these difficult circumstances getting animals to rescue in California and the rest of the country.”
He added: “I understand neighbors don’t think it is a good fit for them. I’m open to listening and making a decision after hearing everything at the meeting. I want to hear from all sides.”

What You Need to Know About Kavanaugh Hearings