Jarrar Returns to Campus Saying She 'Loves' the Fresno Community 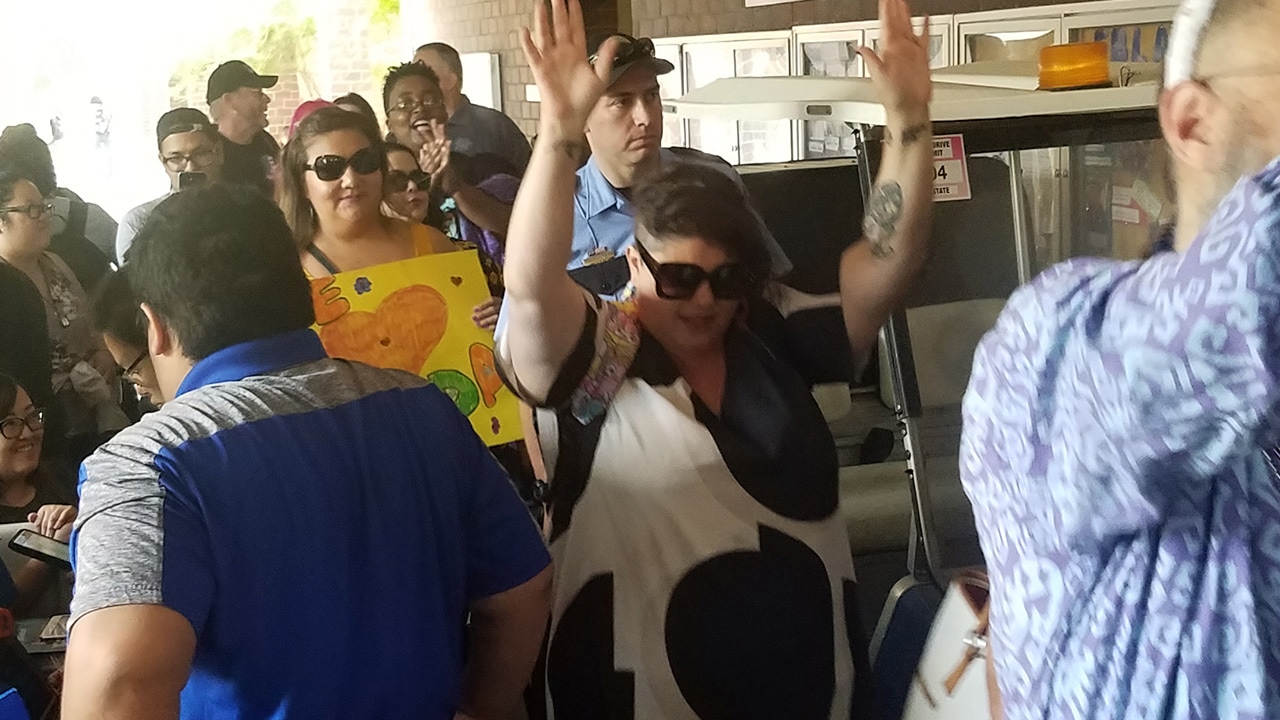 The Fresno State professor who elicited backlash and threats of withholding donations after her controversial tweets praised Fresno upon her return to the classroom.
In an entrance that resembled a Mardi Gras parade, the controversial Randa Jarrar arrived on campus Wednesday (Sept. 5), teaching for the first time since a medical leave of absence.
During her leave, her tweets following the death of former First Lady Barbara Bush ignited a national controversy.

Controversial Tweets While on Leave

Jarrar called Bush an amazing racist among other unflattering descriptions of the Bush family.

Since those tweets, other controversial comments by Jarrar about President Trump, farmers, and “white editors” have emerged.
Those remarks prompted angry responses from some in the Fresno State community who vowed to no longer donate or attend sporting events. The school says donations have actually increased over the last year, including the time covering Jarrar’s tweets.
School president Joseph Castro said he could not punish Jarrar, because the First Amendment protected her comments, and she made them on her private Twitter account.

Following her two-hour class, Jarrar answered media questions.
“What I love about Fresno is the community and the literary community,” she said. “Angela Davis is a hero of mine. This is the land that freed Angela Davis.”
Jarrar referred to 1972 when Fresno farmer Roger McAfee posted bail for Davis, the political activist of 1970s fame.
Asked about if free speech should have any restrictions, Jarrar responded, “Everybody has the right to say what they want.”
Four friends escorted Jarrar away from class, at one time singing “Ain’t No Mountain High Enough.”
Today’s lesson, for the record, covered Edgar Allen Poe’s “The Murders in the Rue Morgue.”

Change Coming to Clovis School Board. Will It Be 1 or 2 Seats?