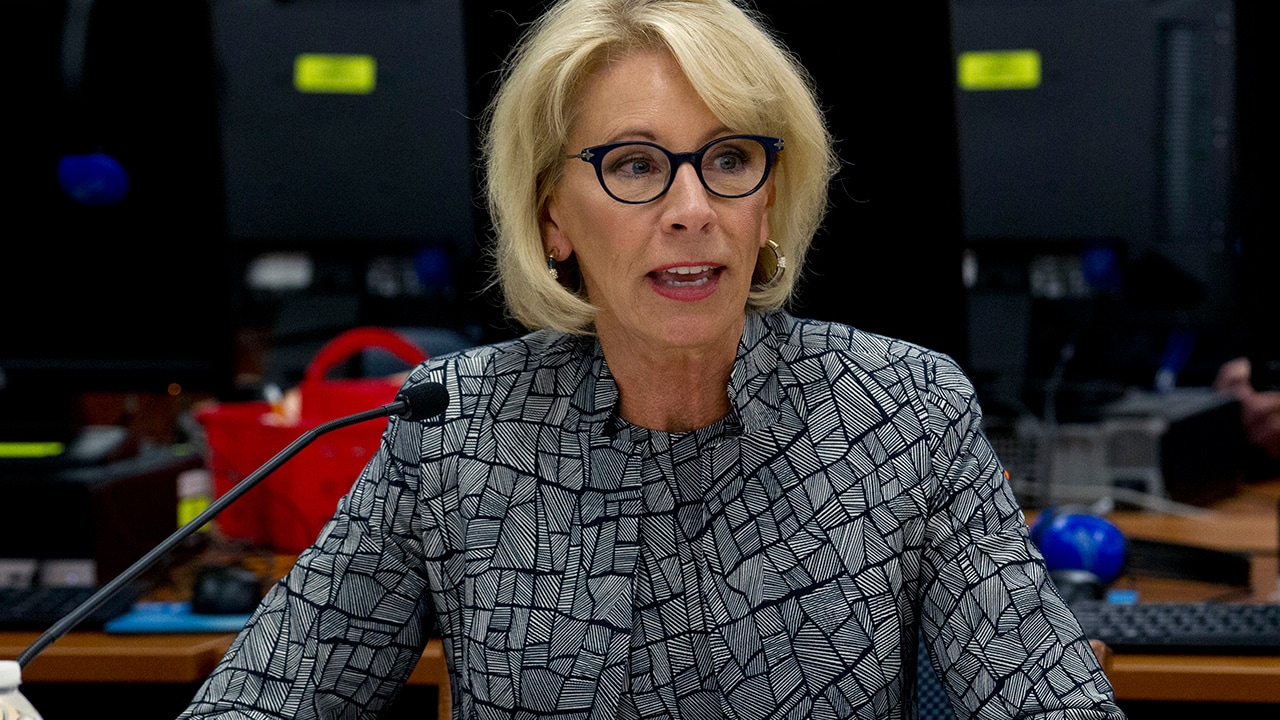 WASHINGTON — Education Secretary Betsy DeVos said Friday that she has “no intention of taking any action” regarding any possible use of federal funds to arm teachers or provide them with firearms training.

DeVos heads a federal commission on school safety that was formed after the deadly Valentine’s Day shooting at a Florida high school.

Up to Congress, Not the U.S. Department of Education

It would be up to Congress, not the U.S. Department of Education, to place any restrictions or barriers to use those funds for purposes not currently in the law, a department spokeswoman said.
The debate arose earlier this month after a small rural school district in Oklahoma and the state of Texas asked the department to clarify what the funds can be used for.
“The position is: You have the language … the language was written specifically to and always interpreted to mean ‘this is your money,'” Brogan said.
Democratic lawmakers and teachers blasted the idea, accusing the Trump administration of acting in the interests of the National Rifle Association, and several congressmen called for legislation that would prohibit the use of those funds for guns.
Senator Patty Murray, the top Democrat on the Senate commission overseeing education, said on Twitter that she was “extremely disappointed that (DeVos) is moving forward with this awful plan to allow federal funds to be used to arm teachers.”
“I hope she reconsiders and we need to keep pressure on her until she does,” Murray added.

Brogan also clarified that the commission will tackle gun control as instructed by the White House. DeVos had told a Senate hearing in June that the panel will not look at guns “per se,” causing confusion. Brogan said the commission will consider age restrictions for gun purchases, as well as whether people with mental health problems who are likely to harm themselves and others can possess weapons.