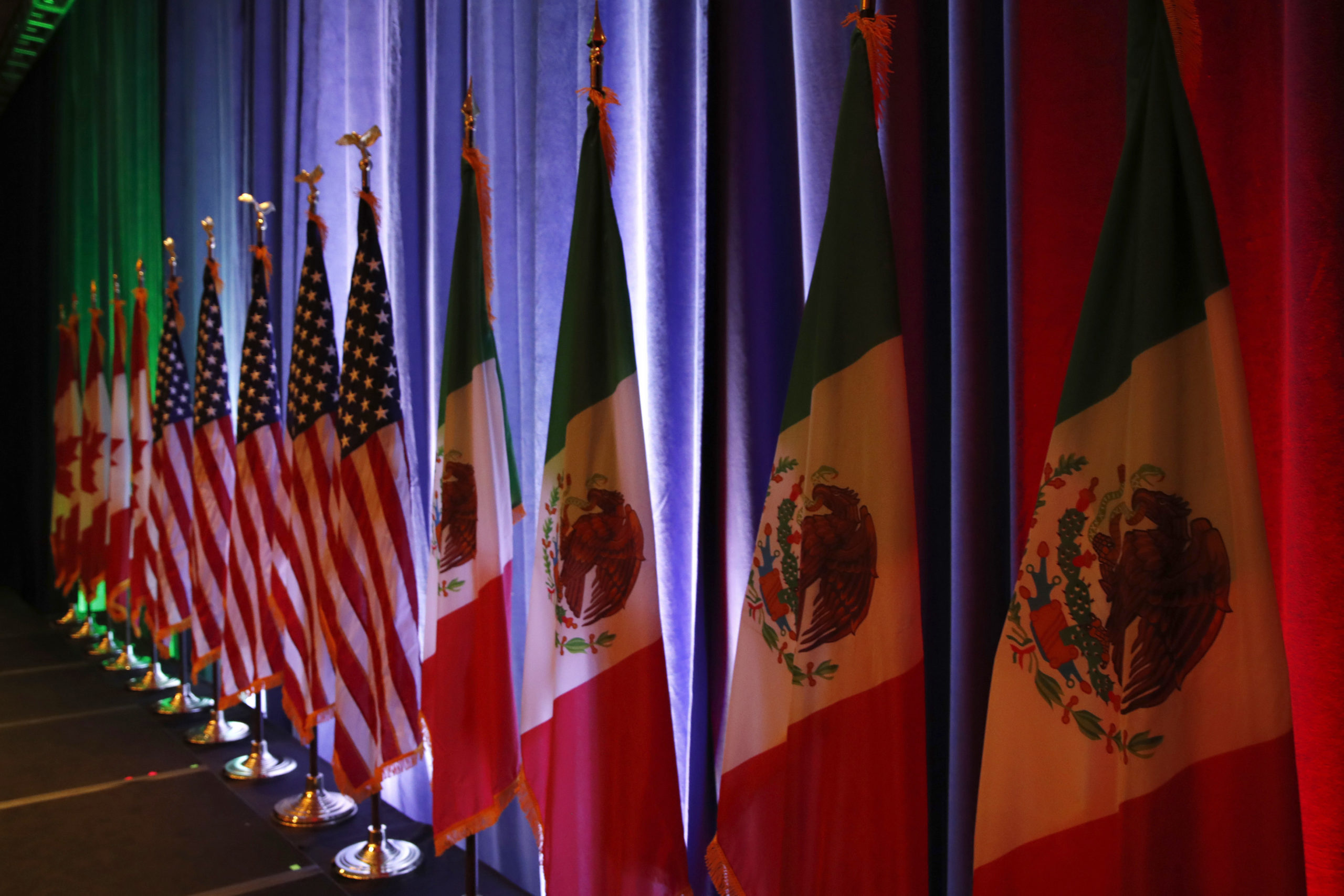 President Donald Trump is announcing a trade “understanding” with Mexico that could lead to an overhaul of the North American Free Trade Agreement.
Trump made the announcement Monday in the Oval Office, with Mexican President Enrique Pena Nieto joining by speakerphone.
Read a transcript of their phone call at this link.
Canada, which is part of NAFTA, is not participating in the announcement.

No Negotiations With Canada

Trump says negotiations with Canada have yet to begin and is calling on the country to negotiate fairly. He’s threatening anew to slap tariffs on Canadian cars if they fail to do what he wants.
Trump says the call is being held to “celebrate the understanding” the U.S. and Mexico have reached on trade.
He says, “It’s an incredible deal for both parties.”
U.S. and Mexican negotiators worked over the weekend to narrow their differences.
“There likely will be a deal today,” said Daniel Ujczo, a trade attorney with Dickinson Wright PLLC who has followed the NAFTA talks closely.

Once they reach an agreement, the third country in NAFTA — Canada — would be brought back in to finalize a revamp of the 24-year-old pact. But the countries still must resolve difficult issues, including U.S. complaints about Canada’s protection for its dairy farmers and the way disputes are resolved under NAFTA.
Adam Austen, a spokesman for Canadian Foreign Minister Chrystia Freeland, said: “Canada is encouraged by the continued optimism shown by our negotiating partners. Progress between Mexico and the United States is a necessary requirement for any renewed NAFTA agreement.”
Austen said the Canadians have been in regular contact with the NAFTA negotiators.
“We will only sign a new NAFTA that is good for Canada and good for the middle class,” he said, adding that “Canada’s signature is required.”

NAFTA reduced most trade barriers between the three countries. But Trump and other critics say it encouraged U.S. manufacturers to move south of the border to exploit low-wage Mexican labor.
Talks to overhaul the agreement began a year ago and have proven contentious. The Trump administration wants a higher percentage of auto production to come from within the NAFTA bloc before qualifying for duty-free status.
Talks have also been stymied by the Trump administration’s insistence on a “sunset clause” that would end NAFTA in five years unless all three countries agreed to continue it.

Competitor: No One Deserves to Die Over Playing a Video Game

What Does Costa Say About Tariffs, Immigration & Valley's Future?