Gentle Humor Was the Lifeblood of Playwright Neil Simon 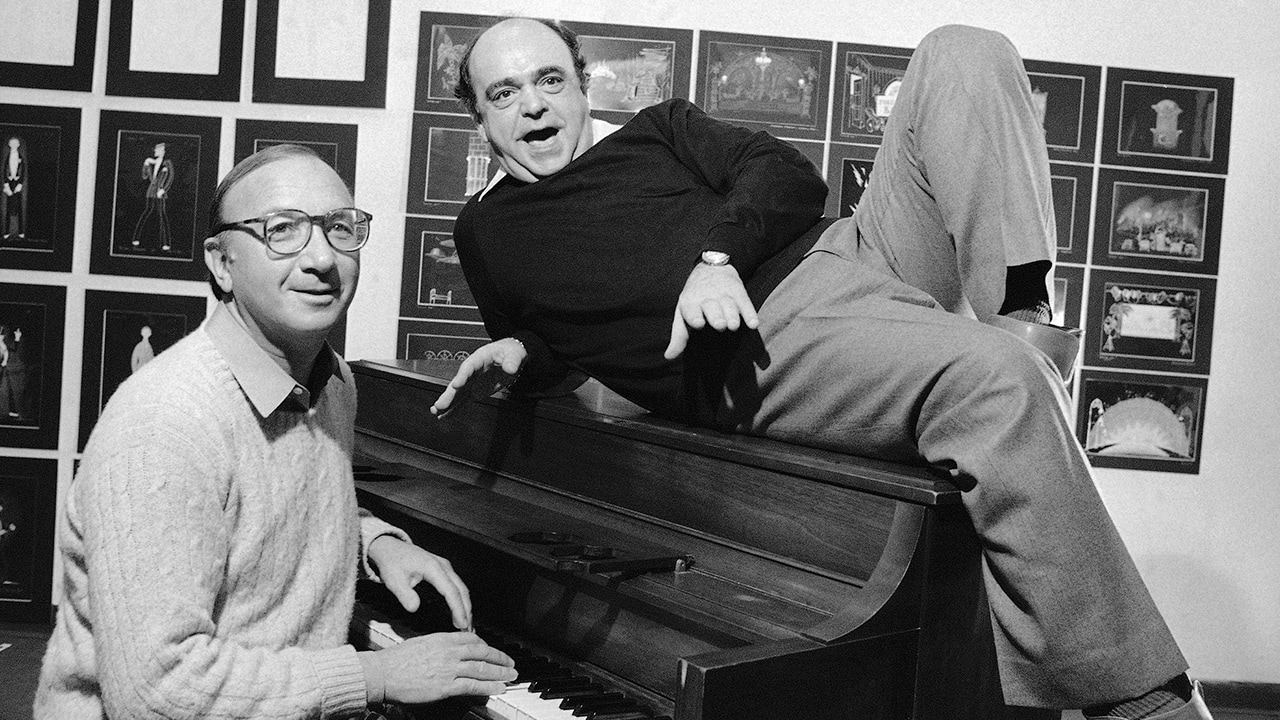 NEW YORK — When master playwright Neil Simon accepted the Mark Twain Prize for American Humor in 2006, he was visibly nervous. But his gentle humor was evident.

Many Plays Were Adapted Into Movies

Simon’s stage successes included “The Odd Couple,” ”Barefoot in the Park,” the “Brighton Beach” trilogy, “The Prisoner of Second Avenue,” ”Last of the Red Hot Lovers,” ”The Sunshine Boys,” ”Plaza Suite,” ”Chapter Two,” ”Sweet Charity” and “Promises, Promises.” Many of his plays were adapted into movies and one, “The Odd Couple,” even became a popular television series.


“If you write comedy, if you write period, you learned something from Neil Simon.” — Randi Mayem Singer, screenwriter
For seven months in 1967, he had four productions running at the same time on Broadway: “Barefoot in the Park,” ”The Odd Couple,” ”Sweet Charity” and “The Star-Spangled Girl.”
Simon’s ability to recognize life’s little annoyances — too many pillows piled on a sofa, being told as a kid you may not eat any more cookies — connected with audiences. A scene in “The Odd Couple” when Felix Unger passive-aggressively leaves a note on Oscar’s pillow — “We’re all out of Corn Flakes. F.U.” — got huge laughs.
The loss of Simon was especially hard for playwrights and screenwriters. Randi Mayem Singer, who co-penned the film “Mrs. Doubtfire,” mourned Simon as a “truly great American storyteller.”
“If you write comedy, if you write period, you learned something from Neil Simon,” Singer said.
Kristoffer Diaz, a Pulitzer Prize finalist, took to Twitter to remember an icon: “In a different life, I would have loved to have been my generation’s Neil Simon. I’m sad that we don’t have that kind of voice.” And “Big Bang Theory” creator Bill Prady wrote that “there is no American comedy writer whose work isn’t influenced by the rhythm and music of Neil Simon’s words.”

Simon was the recipient of four Tony Awards, the Pulitzer Prize, the Kennedy Center honors (1995) and, in 1983, he even had a Broadway theater named after him when the Alvin was rechristened the Neil Simon Theatre.
The bespectacled, mild-looking Simon (described in a New York Times magazine profile as looking like an accountant or librarian who dressed “just this side of drab”) was a relentless writer — and rewriter.
“I am most alive and most fulfilled sitting alone in a room, hoping that those words forming on the paper in the Smith-Corona will be the first perfect play ever written in a single draft,” Simon wrote in the introduction to one of the many anthologies of his plays.
Simon’s own life figured most prominently in what became known as his “Brighton Beach” trilogy — “Brighton Beach Memoirs,” ”Biloxi Blues” and “Broadway Bound” — which many consider his finest works. In them, Simon’s alter ego, Eugene Morris Jerome, makes his way from childhood to the U.S. Army to finally, on the verge of adulthood, a budding career as a writer.
Simon originally started as a radio and TV writer with his older brother, Danny. Yet Simon grew dissatisfied with television writing and the network restrictions that accompanied it. Out of his frustration came “Come Blow Your Horn,” which centered on two brothers (not unlike Danny and Neil Simon) trying to figure out what to do with their lives. The comedy ran for more than a year on Broadway. 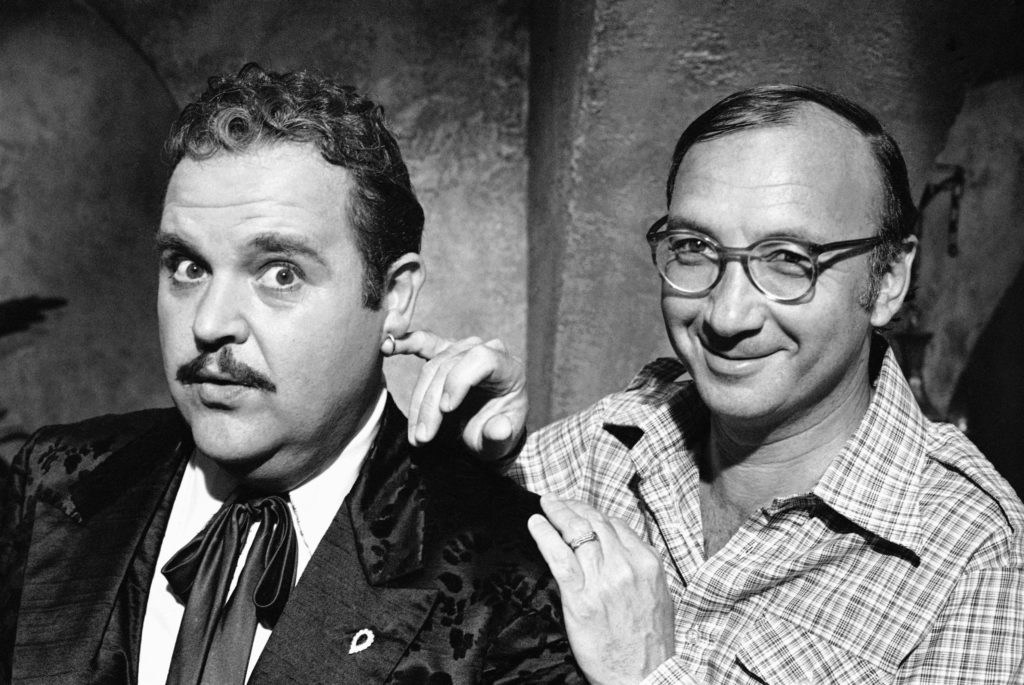 In this July 2, 1977, file photo, playwright Neil Simon, right, poses for a photo on the set of “The Cheap Detective” with Dom DeLuise. (AP Photo, File)

Putting Simon on the Map

But it was his second play, “Barefoot in the Park,” that really put Simon on the map. Critically well-received, the 1963 comedy, directed by Mike Nichols, concerned the tribulations of a pair of newlyweds, played by Elizabeth Ashley and Robert Redford, who lived on the top floor of a New York brownstone.
Simon cemented that success two years later with “The Odd Couple,” a comedy about bickering roommates: Oscar, a gruff, slovenly sportswriter, and Felix, a neat, fussy photographer. Walter Matthau, as Oscar, and Art Carney, as Felix, starred on Broadway, with Matthau and Jack Lemmon playing the roles in a successful movie version. Jack Klugman and Tony Randall appeared in the TV series, which ran on ABC from 1970 to 1975. A female stage version was done on Broadway in 1985, and a TV series revival was done in 2015 starring Matthew Perry.
Besides “Sweet Charity” (1966), which starred Gwen Verdon as a goodhearted dance-hall hostess, and “Promises, Promises” (1968), based on Billy Wilder’s film “The Apartment,” Simon wrote the books for several other musicals, including “Little Me” (1962), featuring a hardworking Sid Caesar in seven different roles, and “They’re Playing Our Song” (1979), which had music by Marvin Hamlisch and lyrics by Carole Bayer Sager.

Many of his plays were turned into films as well. Besides “The Odd Couple,” he wrote the screenplays for movie versions of “Barefoot in the Park,” ”The Sunshine Boys,” ”The Prisoner of Second Avenue” and more.