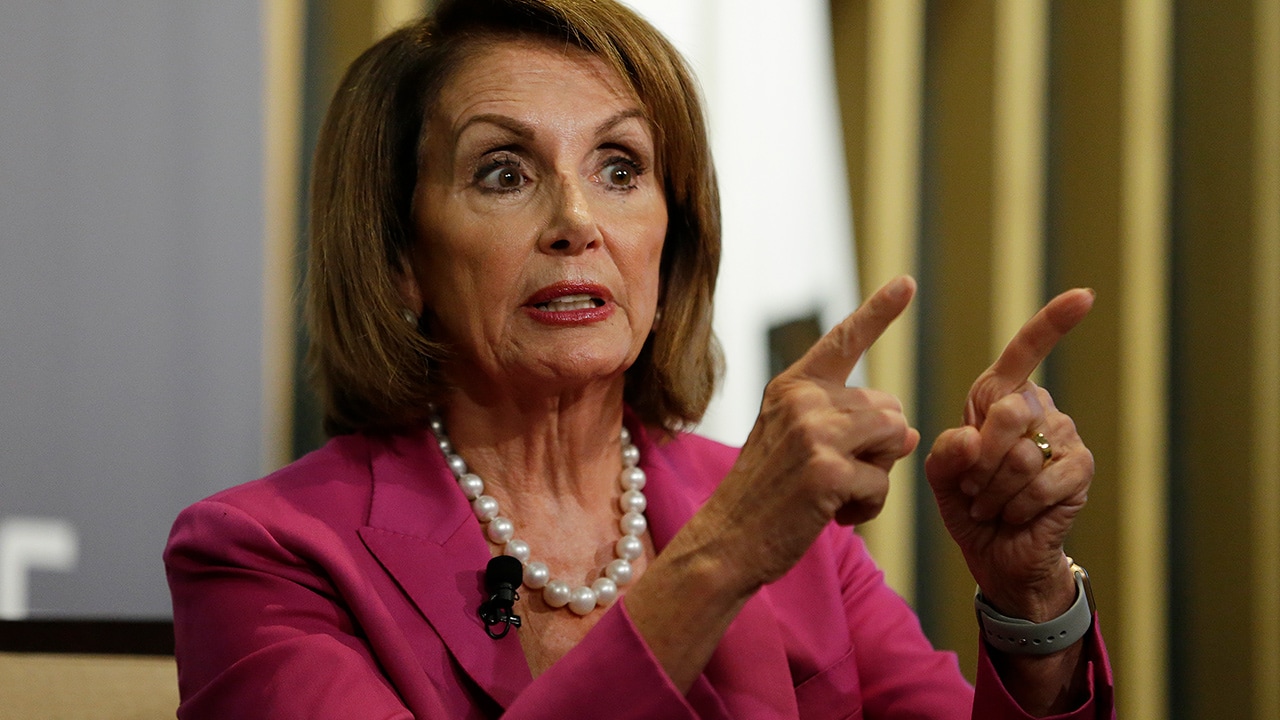 WASHINGTON — Nancy Pelosi is the chief villain of Republican campaign ads. The leader some Democrats promise to vote against. The subject of much speculation that her grip on power is coming to an end.

“We’re ready,” she said. Yet Pelosi’s return to the speakership, if Democrats triumph, is far from assured.
Dozens of Democrats — candidates and a few lawmakers — are saying they may not back her, creating an unprecedented groundswell for new leadership.

Assistant Democratic Leader Jim Clyburn of South Carolina let it be known recently that he, too, is willing to take the helm if Pelosi falls short, lawmakers said. That prospect is appealing to many Democrats, as he would be the first African-American speaker.
And younger lawmakers, including the 45-year-old Ryan, have not shut the door on running. Some say it’s time for a clean sweep, and that replacing 78-year-old Pelosi with 79-year-old Hoyer or 78-year-old Clyburn is not the generational change that the Democratic caucus wants.
“A lot of new people have come in and said, ‘Look, do I have to be here 30 years before I insert myself into the leadership group?’ ” said Rep. Emanuel Cleaver, D-Mo., who sees Clyburn’s potential bid as particularly influential in putting votes from the Congressional Black Caucus in play. The chairman of the CBC, Rep. Cedric Richmond, D-La., is likely to support Clyburn if he runs for speaker.
The complaints against Pelosi do not necessarily stem from her firm grip on the caucus — she is known for being direct with lawmakers, using what she has called her “mother-of-five voice.” But her long tenure has left little room for up-and-comers, and her visibility has become a liability for some Democrats.
Republicans have poured millions into vilifying Pelosi in ads, some $13 million so far this election cycle, and the House GOP’s campaign arm says Pelosi provides “a top argument” for electing more Republicans.

Pledging to Vote Against Pelosi

As more and more Democratic candidates and lawmakers stare down campaign ads linking them to Pelosi, some are pledging to vote against her. When the cameras turn on them during the speaker vote once the new Congress convenes in January, it’s hard to see how some of them will be able to belt out the name, “Pelosi.”
Rep. Linda Sanchez, D-Calif., a vocal proponent for new leadership, envisions more of a changing of the guard than an insurrection. “I didn’t say you grab the torch out of their hands and kick them down the stairs,” she said in an interview.
The missing piece in the furious behind-the-scenes chatter over Pelosi’s future is an obvious successor. Several leaders-in-waiting having moved on, and one lawmaker who had been seen as a possible replacement, Rep. Joe Crowley, recently lost his New York primary to newcomer Alexandria Ocasio-Cortez.
“There can’t be a race when no one has declared their candidacy,” said Rep. Sheila Jackson Lee, D-Texas, who joined Pelosi for a “Moms’ Summit” in her Houston district this month that drew 600 people. Some of them lined up for the chance to snap selfies with Pelosi. “She was not an unhappy camper; she was a happy camper.”
Democrats are loath to start the new Congress in January with a floor fight over the speakership if they are newly in power.