Janz Is One of Many Dems Who Want to Ditch Pelosi 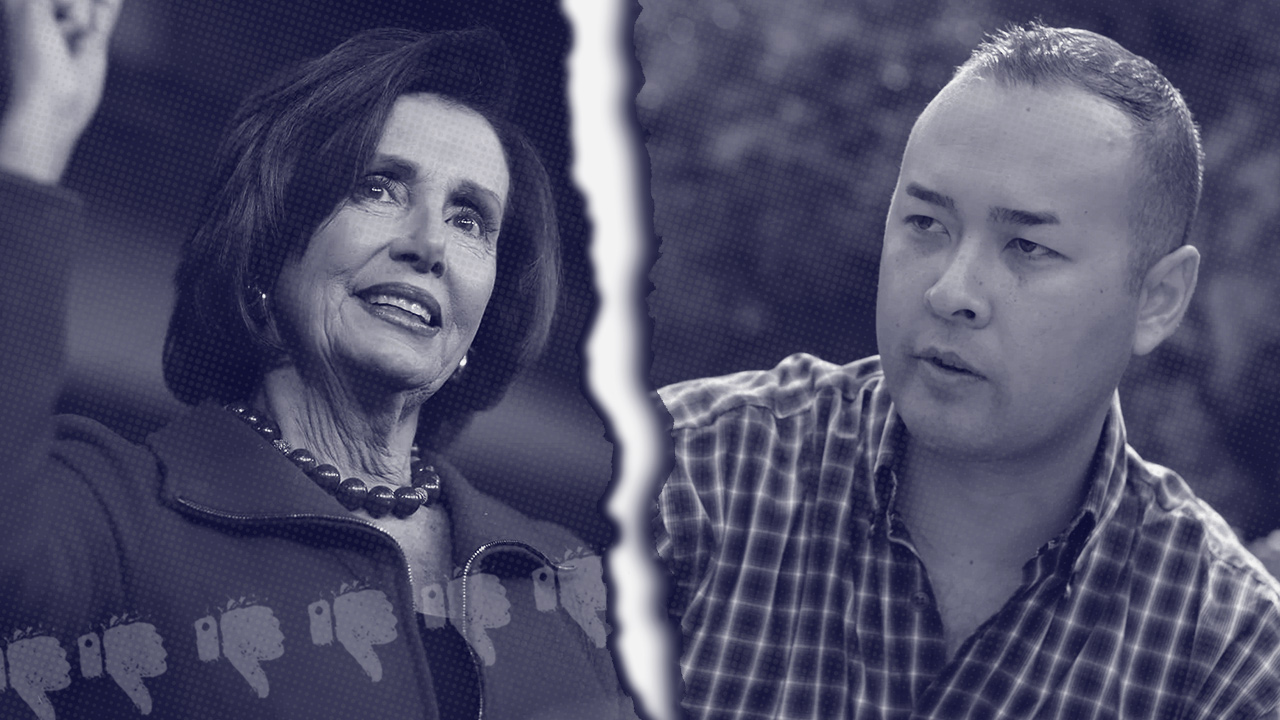 If the Blue Wave washes over Republicans in November, will Nancy Pelosi return as Speaker of the House?
First, Democrats have to take control of the House of Representatives. Second, those Democrats would have to stick with the San Francisco liberal stalwart as their leader.

Vox reports that Pelosi’s party reign is in jeopardy.
“Vox has counted 42 candidates who have publicly said they will not support Pelosi. That list has almost doubled since July, when the total number of candidates hovered around 24,” writes Ella Nilsen. “Of the newly updated number, 24 candidates are on the Democratic Congressional Campaign Committee’s Red to Blue list, the list of Republican-held districts Democrats consider competitive.”
One of those Democratic candidates refusing to support Pelosi is Andrew Janz, the Fresno Democrat hoping to unseat Devin Nunes in California’s District 22.
“Look, I’ve been somebody that’s talked from the very beginning for the need to have new leadership, both in the Democratic and Republican parties,” Janz said at a recent campaign event. “We need a fresh take on things, which is why I’m not supporting Nancy Pelosi for speaker.”
Janz, not unexpectedly, also took a dig at his opponent.
“I don’t think folks like Nancy Pelosi or Devin Nunes have done much for the Central Valley, which is why I think it’s time for a change,” Janz said.
In November 2016, Democrats retained Pelosi as the House minority leader on a 134-63 vote. Reported Politico at that time: “The vote reflected significant discontent.”
Janz vs. Nunes Local Fundraising
The Janz campaign says their candidate raised almost a million dollars in July off of 34,000 contributors in the effort to knock off Nunes.
“It’s pretty obvious who’s funding my campaign and who’s funding Devin’s,” Janz said. “This campaign proves you don’t have to take any corporate PAC money to run a strong race. You can tell by the numbers who’s ready to work for the people.”
A financial analysis from McClatchy does make it obvious where Janz is raising his money.
“(Janz) raised just 12 percent of donations of $200 or more from his district. But he’s still raised about $50,000 more than his opponent, Republican Rep. Devin Nunes. Nunes, a national political lightning rod, has raised just 4 percent from the district, with half of his donations of $200 or more coming from outside the state,” writes Emily Cadei.
McClatchy notes that Janz isn’t the only Central Valley Democratic challenger to look outside the area to raise funds. Josh Harder (in the 10th district vs. Jeff Denham) and TJ Cox (21st district vs. David Valadao) also are cashing in with donations from, in the words of The Bee, “Bay Area liberals.”

TJ Cox
TJ Cox responded to Congressman David Valadao’s debate challenge with a counterproposal.
On Monday (Aug. 20), Hanford Republican Valadao proposed two televised debates with Democrat Cox, one in English and one in Spanish. The debates presumably would originate from a local TV studio Oct. 25.
Cox revealed his own plan the next day. Three debates: English-language debates in Delano and Lemoore, and a Spanish-language debate in Mendota.
His proposal also offered other minor differences with the Spanish debate: It would be 60 minutes (as opposed to Valadao’s 30-minute suggestion) and would allow for an interpreter or voice-over. Valadao’s idea called for none.
“These debates will give the voters the opportunity to hear why Valadao votes 99% of the time with Donald Trump,” Cox wrote in a news release. “It should be interesting to see which version of Valadao actually shows up to the debates.”
Valadao’s campaign replied via spokesman Cole Rojewski.
“TJ Cox should explain to voters why he’s taken over $110,000 from Bay Area liberals who want to take our Valley’s water and why he was only able to muster $1,000 in donations from the congressional district he’s running in,” Rojewski said in a news release of his own.
It should be noted that costs increase for a remote telecast (especially if it is live) versus an in-studio production.

A Sacramento-based attorney is questioning whether Fresno’s Measure P to raise the sales tax for parks qualified for the November ballot in time.
Charles Bell Jr., representing clients opposed to the measure, sent a letter to city clerk Yvonne Spence, saying Measure P didn’t meet the Aug. 10 deadline. That is despite the fact the city council approved adding it to the ballot Aug. 9.
Bell cited election law stating that the county needed to officially call for the election.
“The Board is required to approve this discretionary consolidation at a duly noticed meeting of the Board.  That must be accomplished not later than August 10, 2018, 88 days prior to the November 6, 2018, statewide general election. Calif. Elec. Code §1405(b),” Bell wrote.
The county board didn’t officially call for a consolidated election until Tuesday (Aug. 21).
Spence and county clerk Brandi Orth are having none of it.
“The city did their part correctly,” Spence said.
Orth concurred.
“I disagree with (Bell’s) legal interpretation.  The election code does not place a deadline upon the Board of Supervisors to approve the consolidation of entities onto a statewide election.  Regarding whether or not this measure will be on the correct ballot, I believe Election Code 1405(a) applies and the measure is being placed on the correct ballot – that being the November 6, 2018 election.”
Bell tells GV Wire that any challenge would be made after the election — meaning if Measure P passes.
He declined to identify his clients on the Measure P challenge.
[tnc-pdf-viewer-iframe file=”http://www.gvwire.com/wp-content/uploads/2018/08/180808-Ltr-to-City-clerk-re-Parks-and-Rec-Initiative1668.pdf” width=”750″ height=”800″ download=”true” print=”true” fullscreen=”true” share=”true” zoom=”true” open=”true” pagenav=”true” logo=”true” find=”true” current_view=”true” rotate=”true” handtool=”true” doc_prop=”true” toggle_menu=”true” language=”en-US” page=”” default_zoom=”auto” pagemode=””]

No Trump Scheduled for California

The White House released a plan for President Donald Trump’s campaign stops in the fall. No California visits are scheduled. The closest Trump will be is in Nevada to stump for Danny Tarkanian.
The son of legendary basketball coach Jerry Tarkanian is running for Congress.
This is Tarkanian’s seventh attempt at public office. He is 0-for-6 thus far.

Madera County District Attorney David Linn filed suit against the Madera County Board of Supervisors and other county officials in a Fresno federal court, the Sierra Star reports.
Linn claims that the board violated his due process rights when it censored him in 2017. The district attorney said the board censured him in retaliation for his investigation into corruption.
Linn also blamed the board’s actions for losing a June primary bid for re-election.

Who Do US Sanctions Cripple? Not Iran's Regime Leaders.