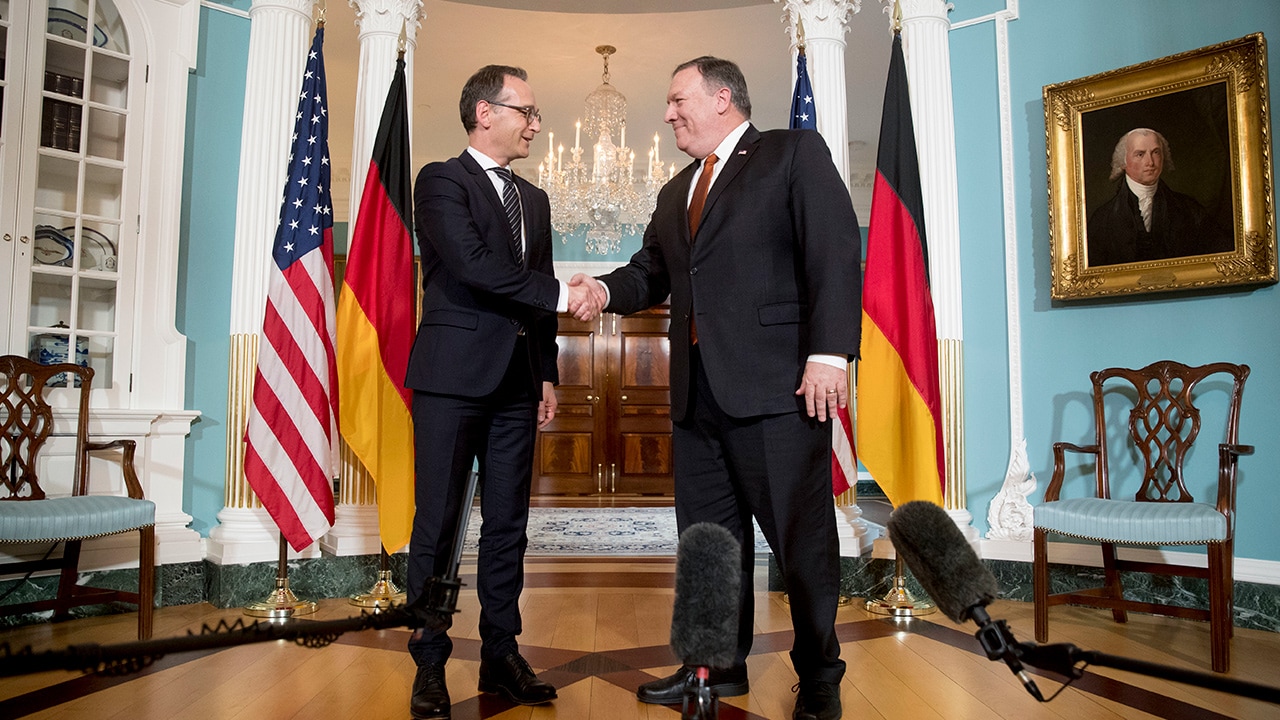 BERLIN — Germany’s foreign minister is calling for Europe to create a payments system independent of the United States, a move that could help keep alive the nuclear deal with Iran following the withdrawal of the U.S.

Separately, there has been talk for some time of upgrading a bailout fund cobbled together during Europe’s debt crisis into a full-fledged European monetary fund to assist troubled countries.
He also said that Europe must “expose fake news as such,” renewing Germany’s argument that, if trade isn’t reduced to goods, Europe rather than the U.S. has a deficit.
Merkel said Maas’ article was an “important contribution,” reflecting her own previous statements that trans-Atlantic relations are changing and that Europe “must to some extent take its fate in its own hands.”
However, she said Maas’ article wasn’t coordinated with her, and sounded skeptical about the idea of independent payment systems. Maas is a member of the center-left Social Democrats, the junior partner in the conservative Merkel’s coalition government.
“We do face some problems in dealing with Iran, for example, no question about that,” she told reporters in Berlin.
“But on the other hand, we also know that on questions of terror financing, for example … we need a close partnership with the United States,” she added.