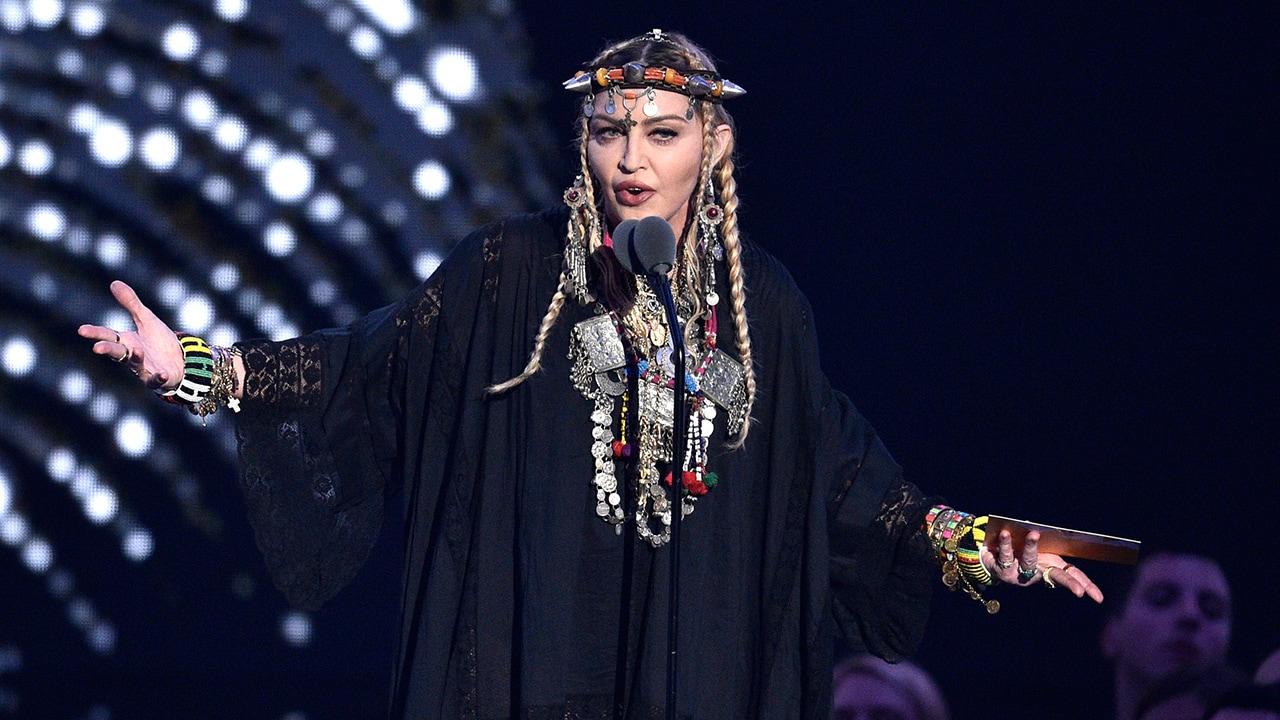 NEW YORK — The backlash was swift for Madonna’s rambling, egocentric tribute to Aretha Franklin at the MTV Video Music Awards, with media and Queen-of-Soul fans wondering why she got the gig in the first place.
Dressed in flowing black with grandiose flourishes of African jewelry, Madonna’s send-off came before she presented the video of the year award to Camila Cabello on Monday night. She spoke at length about her own start in the business and her own career before thanking Franklin for “empowering all of us. R.E.S.P.E.C.T.”
Cabello then collected the biggest award of the night for her “Havana” video with a bow to Madonna, dedicating the trophy to, you guessed it, Madonna.
There was a short video of early Franklin that played before Madonna said that the icon who died Thursday “changed the course of my life,” and Franklin’s “Respect” played as the night’s closing credits rolled. But there was no live musical performance honoring the legend.
Some accused Madonna, in her spiky silver headpiece, heavy necklaces and beaded bracelets, of cultural appropriation. Far more accused her of making the show’s only tribute to Franklin all about herself.

Backlash From Other Celebrities

Madonna has since made it clear that she wasn’t asked and didn’t intend to do a tribute to Aretha Franklin at the MTV Video Music Awards.
In an Instagram post on Monday, Madonna said she was asked to present the video of the year award and share any anecdotes she had in her career that were connected to Franklin. Madonna’s story was about singing a song popularized by Franklin during an audition but included much more about her own career. She wrote that she could never do Franklin justice with a tribute amid the noise and tinsel of an award show: