Pope on Sex Abuse: 'We Showed No Care for the Little Ones' 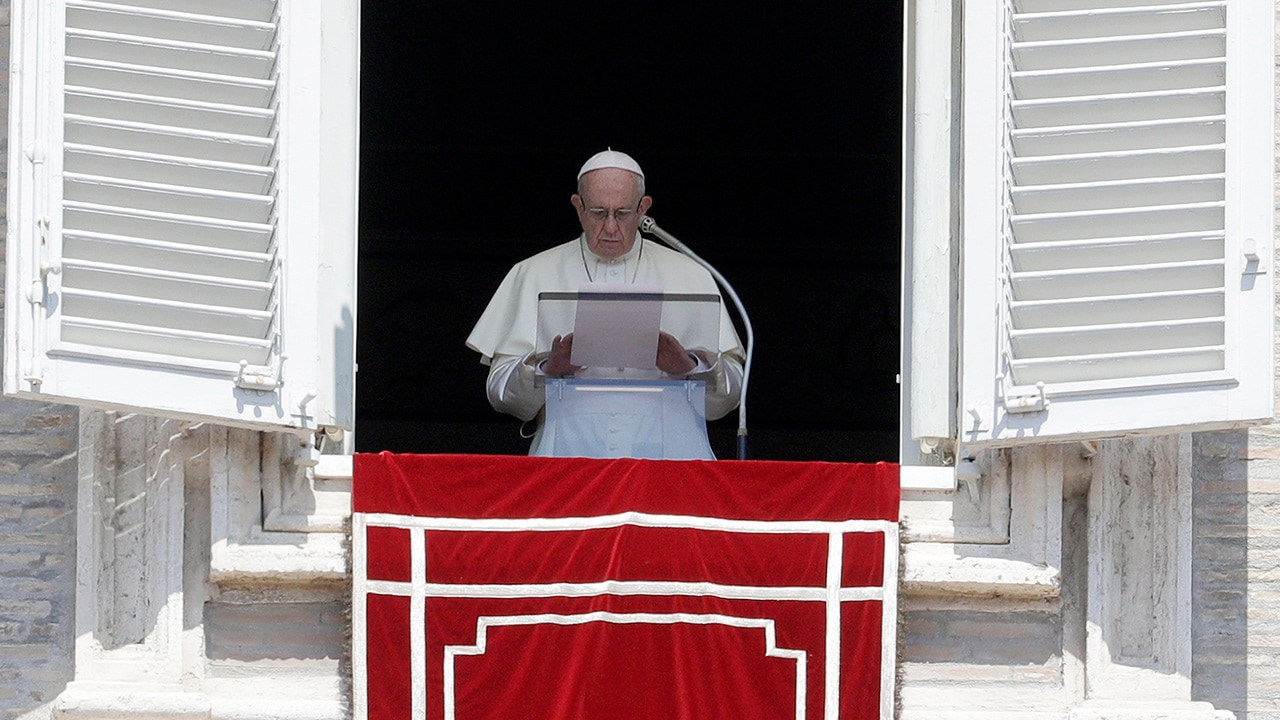 VATICAN CITY — Pope Francis issued a letter to Catholics around the world Monday condemning the crime of priestly sexual abuse and its cover-up. He demanded accountability but offered no indication of how he plans to sanction complicit bishops or end the Vatican’s long-standing culture of secrecy.

“That culture was overseen by #Vatican & codified into its laws,” tweeted Colm O’Gorman, a prominent Irish survivor who is organizing a solidarity demonstration of survivors in Dublin during Francis’ visit. “He needs to name & own that.”
Priestly sex abuse was always expected to dominate the pope’s Irish trip, but the issue has taken on new gravity following revelations in the U.S. that one of Francis’ trusted cardinals, the retired archbishop of Washington, Theodore McCarrick, allegedly sexually abused and harassed minors as well as adult seminarians.
In addition, a grand jury report in Pennsylvania last week reported that at least 1,000 children were victims of some 300 priests over the past 70 years, and that generations of bishops failed repeatedly to take measures to protect their flock or punish the rapists.
And it comes on the heels of Francis’ efforts to address a spiraling sex abuse scandal in Chile, which has grown so grave that Chilean law enforcement have staged several raids on church archives to try to get a handle on what the church has known about its pedophile priests.
In the letter, which was issued in seven languages, Francis referred to the Pennsylvania report but the Vatican stressed that its message was intended for a much broader, global audience. In it, Francis acknowledged that no effort to beg forgiveness of the victims will be sufficient but vowed “never again.”
Looking to the future, he said: “no effort must be spared to create a culture able to prevent such situations from happening, but also to prevent the possibility of their being covered up and perpetuated.”

No Indication of Measures to Sanction Bishops

Francis didn’t, however, provide any indication of what concrete measures he is prepared to take to sanction those bishops who covered up for rapists in their priestly ranks. Francis several years ago scrapped a proposed Vatican tribunal to prosecute negligent bishops, and while he has taken some bishops to task, he has refused to act on credible reports from around the world of bishops who have failed to report abusers to police or otherwise botched handling cases, and yet remain in office.


“Mere words at this point deepen the insult and the pain.” — Anne Barrett Doyle, member of the research group Bishop Accountability
Francis also has kept on his nine-member kitchen cabinet a Chilean cardinal long accused of covering up for pedophiles, an Australian cardinal currently on trial for historic sex abuse charges and a Honduran cardinal recently implicated in a gay priest sex scandal involving his trusted deputy.
As a result, advocates for victims found his letter wanting.
“Mere words at this point deepen the insult and the pain,” said Anne Barrett Doyle of the research group Bishop Accountability, which on Monday released a database of credibly accused or convicted Irish clergy.
What Francis should do to protect children, she said, is to order the Vatican to release the names of all priests who have been convicted under canon law of abusing minors.
Unlike the U.S. bishops’ conference, which has referred only to “sins and omissions” in their response to the Pennsylvania report, Francis labeled the misconduct “crimes.”
Vatican spokesman Greg Burke said it was “significant” that Francis had used the term “crimes” and had called for accountability, “which in many cases means bishops.”
“This is a wake-up call for everyone,” he told The Associated Press, citing those in positions of responsibility for the church as well as Catholic laity.

Opening a Window for Victims to Sue the Church

Pennsylvania Attorney General Josh Shapiro praised the pope’s letter and urged local church officials to “cease their denials and deflections” and accept the grand jury recommendations, which include opening a window for victims to sue the church for abuse that otherwise would fall outside the statute of limitations.
The Catholic Church has long resisted such windows, fearing for its bottom line. In the U.S., the sex abuse scandal and related litigation has cost the church some $3 billion and led to the sell-off of church properties and bankruptcy protection for several dioceses.
It was the second Vatican response in recent days to the Pennsylvania grand jury report, which has sparked a crisis in confidence in the U.S. Catholic leadership and led to calls for ordinary faithful to withhold donations.
Last week, Burke issued a statement calling the abuses described in the report “criminal and morally reprehensible” and said there must be accountability for those who raped children “and those who permitted abuse to occur.”

Subsequently, the U.S. Conference of Catholic Bishops said it would ask Francis to authorize a Vatican investigation into the McCarrick scandal, since it was apparently an open secret in some Catholic circles that the cardinal regularly invited seminarians to his New Jersey beach house, and into his bed.
The Vatican hasn’t said if Francis would approve such an investigation. The question is delicate, given there is evidence that Vatican officials knew as early as 2000 of McCarrick’s penchant for seminarians, yet still appointed him as Washington archbishop and a cardinal.
The Vatican has long been loath to investigate its own, and any investigation into McCarrick that goes to the top would likely implicate St. John Paul II and his closest advisers. They have already been implicated in the decades-long cover-up of one of the 20th century’s most notorious priestly pedophiles, the late founder of the Legion of Christ, the Rev. Marcial Maciel, but have never been held to account.