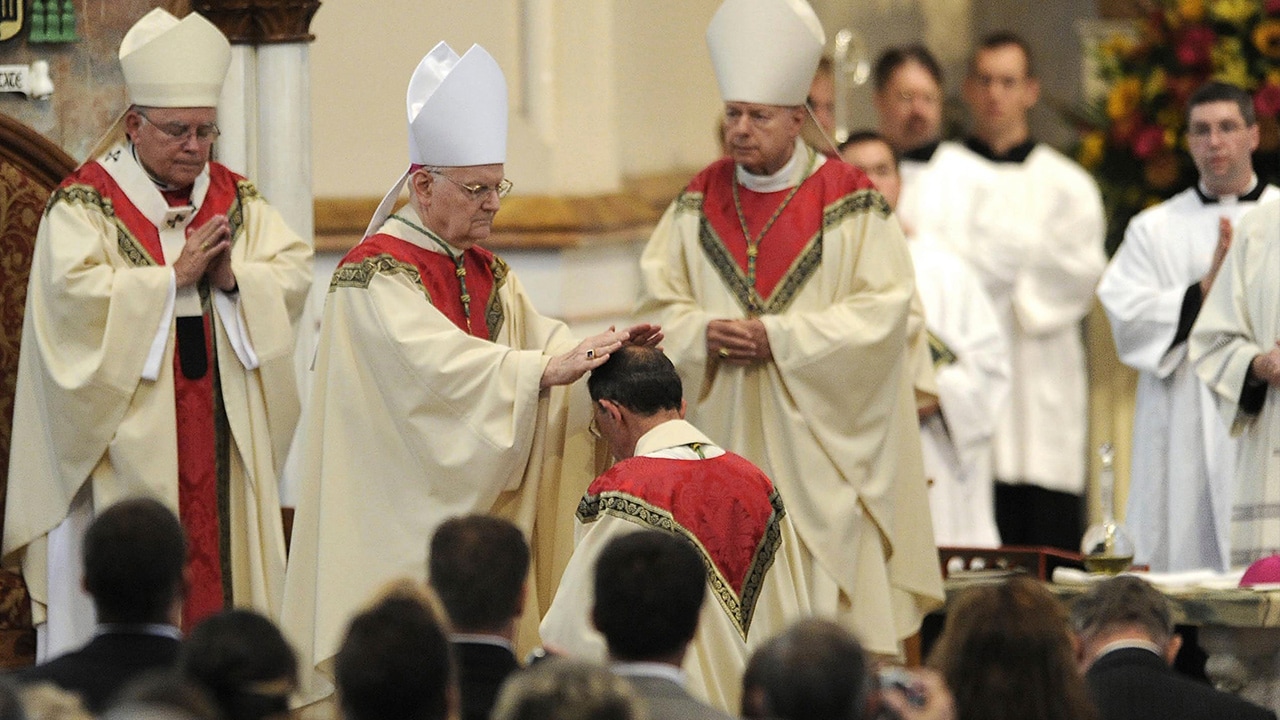 Six Roman Catholic dioceses in Pennsylvania joined the list this week of those around the U.S. that have been forced to face the ugly truth about child-molesting priests in their ranks.
But in dozens of other dioceses, there has been no reckoning, leading victims to wonder if the church will ever truly take responsibility or be held accountable.


“It happens everywhere, so it’s not really so much a question of where has it happened, but instead, where has word gotten out, where is information about it accessible?” — Terry McKiernan, founder of BishopAccountability.org, a Massachusetts-based nonprofit group that tracks clergy sexual abuse cases
Since the crisis exploded in Boston in 2002, dioceses around the country have dealt with similar revelations of widespread sexual abuse, with many of them forced to come clean by aggressive plaintiffs’ attorneys, assertive prosecutors or relentless journalists.
In a few instances, namely in Tucson, Arizona, and Seattle, dioceses voluntarily named names.
Dioceses in Boston; Los Angeles; Seattle; Portland, Oregon; Denver; San Diego; Louisville, Kentucky; and Dallas have all paid multimillion-dollar settlements to victims. Fifteen dioceses and three Catholic religious orders have filed for bankruptcy to deal with thousands of lawsuits.
Still, only about 40 of the nearly 200 dioceses in the U.S. have released lists of priests accused of abusing children, and there have been only nine investigations by a prosecutor or grand jury of a Catholic diocese or archdiocese in the U.S., according to BishopAccountability.org.
In many of the dioceses that have been examined, the numbers have been staggering: in the six Pennsylvania dioceses, 300 abusive priests and more than 1,000 victims since the 1940s; in Boston, at least 250 priests and more than 500 victims.

More Than 17,000 People Have Reported Being Molested

All told, U.S. bishops have acknowledged that more than 17,000 people nationwide have reported being molested by priests and others in the church going back to 1950.
Phil Saviano, a Massachusetts man who said he was sexually abused by a priest in 1960s beginning at age 11, said he hopes the grand jury report in Pennsylvania will prompt attorneys general in other states to conduct similar investigations. He said he doubts dioceses will release names unless forced to do so.


“They say, ‘We feel very sorry for your clients, but it’s outside the statute of limitations.’ The church knows there is no legal recourse, so the church says it will not act responsibly and will not act appropriately.” — Mitchell Garabedian, a Boston lawyer
“My personal feeling is that none of them are going to come forward voluntarily. It’s always going to take some pressure from the public, the parishioners or legal authorities,” said Saviano, whose story was one of many exposed by The Boston Globe in its 2002 Pulitzer Prize-winning series and later in the Oscar-winning movie “Spotlight.”
Mitchell Garabedian, a Boston lawyer who estimates he has represented 3,000 clergy sex abuse victims from around the world since the 1990s, said he has sent letters detailing about two dozen allegations of abuse against priests from dioceses in Michigan, Ohio and Rhode Island and received similar responses from all three.
In many states, statutes of limitations allow people abused as children to file civil claims up until only age 21 or slightly older. In Massachusetts and other states hit hard by the crisis, those statutes were amended after the scandal erupted. But in many other states, the laws have remained unchanged.

The Statute of Limitations for Bringing Charges

The Pennsylvania grand jury said that in almost every case there, the statute of limitations for bringing criminal charges has run out.
Echoing what was discovered in Boston and other places, the grand jury report accused senior church officials of hushing up allegations against priests, in some cases by shuffling them from parish to parish.
In a statement, the U.S. Conference of Catholic Bishops’ Committee for the Protection of Children and Young People expressed sorrow over the Pennsylvania findings and said: “We are committed to work in determined ways so that such abuse cannot happen.”


“A lot of bishops feel, ‘Hey, that was done before I got here. I regret that it happened, I’m sorry that it happened, but we’ve changed, this is no longer happening under my watch because of the procedures we’ve put in place.'” — The Rev. Thomas Reese, a Jesuit priest
In recent years, the U.S. bishops have adopted widespread reforms, including mandatory criminal background checks for priests and lay employees, a requirement that abuse allegations be reported to law enforcement, the suspension of priests while they are being investigated, and permanent removal from ministry when accusations are substantiated.
The Rev. Thomas Reese, a Jesuit priest who is a senior analyst for the Religion News Service, noted such reforms but said the Pennsylvania grand jury report should be a “wake-up call” to other dioceses that they need to hire outside groups to do independent investigations, then must publish the results. But he said he is doubtful that will happen.
“If they had just gotten all of the dirt out at the very beginning, all at the same time, then we wouldn’t be suffering death by 1,000 cuts. It’s just place after place, and frankly, it’s the same story in every place.”
Related Topics:abusechild-molesting priestsdiocesesPennsylvaniaRoman Catholicsexual abuse
Up Next

Looking For Skills in High-Demand Careers? Check Out CTEC.

Aerosmith to Launch Residency in Las Vegas Next Year