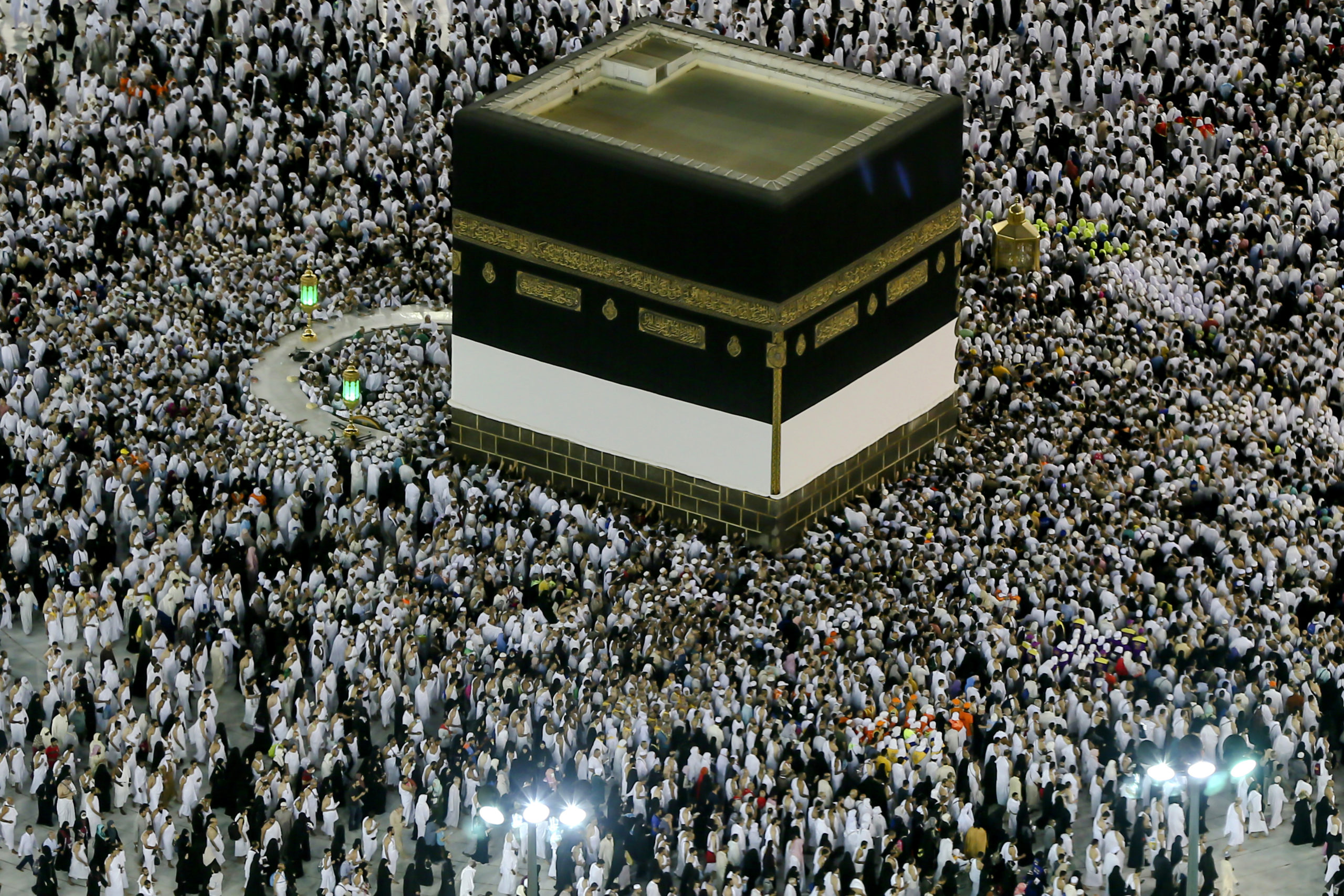 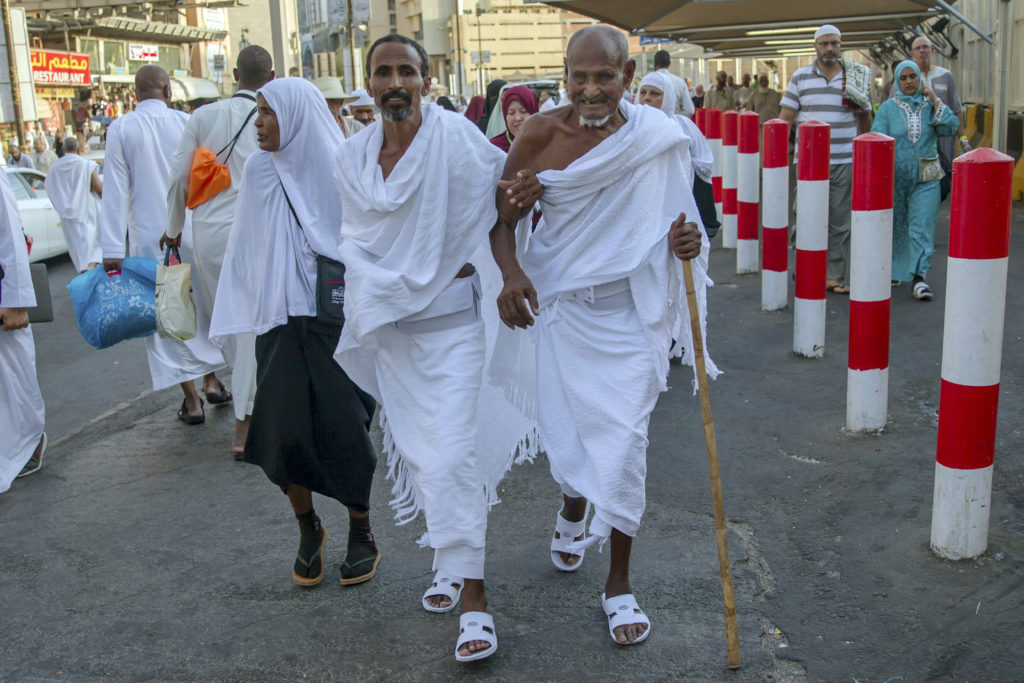 Muslim pilgrims walk toward the Grand Mosque, to offer prayers ahead of the annual Hajj pilgrimage, in the Muslim holy city of Mecca, Saudi Arabia. (AP Photo/Dar Yasin)

Before heading to Mecca, many pilgrims visit the city of Medina, where the Prophet Muhammad is buried and where he built his first mosque.
After prayers in Mecca, pilgrims will head to an area called Mount Arafat on Monday, where the Prophet Muhammad delivered his final sermon. From there, pilgrims will head to an area called Muzdalifa, picking up pebbles along the way for a symbolic stoning of the devil and a casting away of sins that takes place in the Mina valley for three days.
At the hajj’s end, male pilgrims will shave their hair and women will cut a lock of hair in a sign of renewal for completing the pilgrimage. Around the world, Muslims will mark the end of hajj with a celebration called Eid al-Adha. The holiday, remembering Ibrahim’s willingness to sacrifice his son, sees Muslims slaughter sheep and cattle, distributing the meat to the poor.
Maj. Gen. Mansour al-Turki, the spokesman of the Saudi Interior Ministry, told journalists Saturday that over 2 million Muslims from abroad and inside the kingdom would be taking part in this year’s hajj.
Saudi Arabia’s ruling Al Saud family stakes its legitimacy in part on its management of the holiest sites in Islam. King Salman’s official title is the “Custodian of the Two Holy Mosques,” at Mecca and Medina. Other Saudi kings, and the Ottoman rulers of the Hijaz region before them, all have adopted the honorary title

The kingdom has spent billions of dollars of its vast oil revenues on security and safety measures, particularly in Mina, where some of the hajj’s deadliest incidents have occurred.
The worst in recorded history took place only three years ago. On Sept. 24, 2015, a stampede and crush of pilgrims in Mina killed at least 2,426 people, according to an Associated Press count.
The official Saudi toll of 769 people killed and 934 injured has not changed since only two days afterward.
The kingdom has never addressed the discrepancy, nor has it released any results of an investigation that authorities promised to conduct over the disaster.
Meanwhile, Saudi Arabia also faces threats from al-Qaida militants and a local faction of the Islamic State group. Days earlier, the Interior Ministry acknowledged arresting a Saudi wearing an explosive vest in the kingdom’s central al-Qassim region who shot at security forces.
Meanwhile, a Saudi-led war in Yemen against Shiite rebels drags on without an end in sight. The rebels have fired over 150 ballistic missiles on the kingdom during a conflict that has seen Saudi airstrikes hit markets and hospitals, killing civilians.