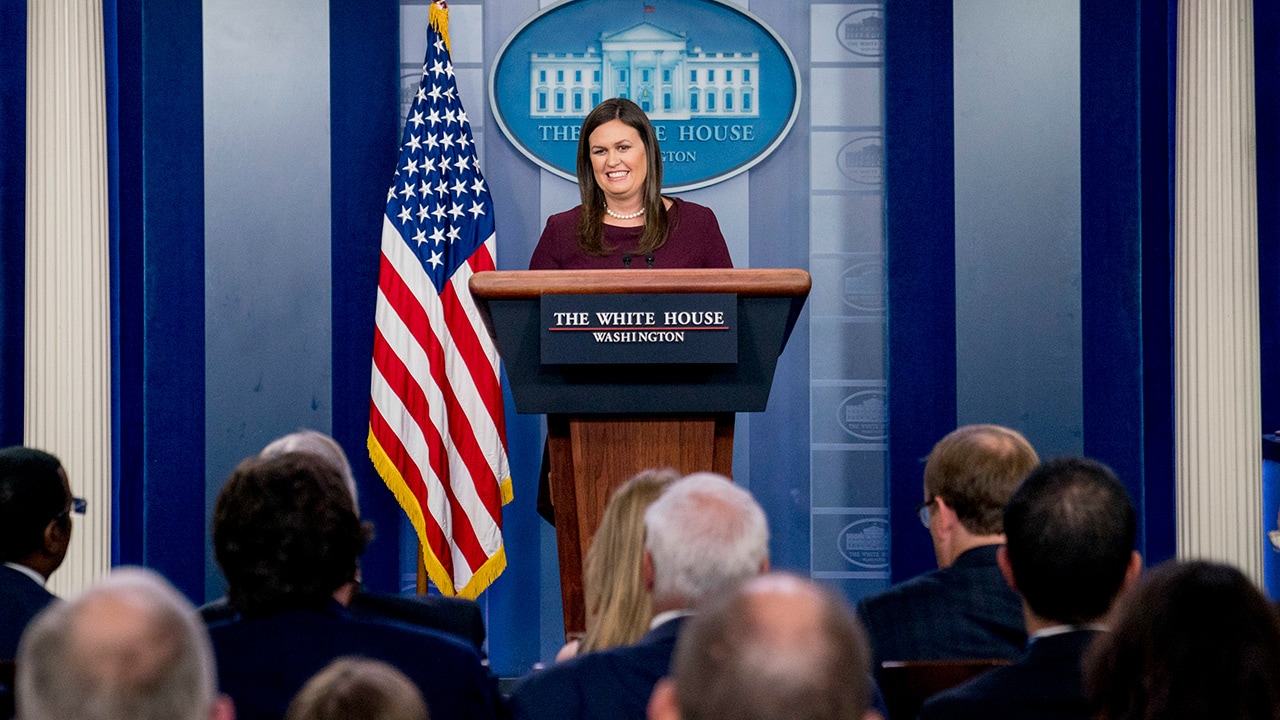 WASHINGTON — The White House has acknowledged error in its false claim that President Donald Trump created three times as many jobs for African-Americans than President Barack Obama.


“President Trump in his first year and a half has already tripled what President Obama did in eight years.” — Sarah Huckabee Sanders, White House press secretary
It was a rare admission of fault for an administration that frequently skews data and overstates economic gains.
White House press secretary Sarah Huckabee Sanders said on Twitter late Tuesday that she had been wrong earlier that day when she told reporters that Obama created only 195,000 jobs for African-Americans during his tenure compared with Trump’s 700,000 new jobs in just two years.
The U.S. economy actually added about 3 million jobs for black workers during Obama’s tenure, according to the Bureau of Labor Statistics.
Official statistics show black jobs went from 15.5 million when Obama took office in January 2008 to 18.4 million when he left in January 2017.

The Most Dramatic Drop

In fact, the most dramatic drop in black unemployment came during the Obama administration as the nation climbed out of a crippling recession. Unemployment of black workers fell from 16.8 percent in March 2010 to 7.8 percent in January 2017.
It is true that black workers under Trump have continued to see gains, reaching a record low of 5.9 percent in May. Still, black unemployment rate is now nearly double that of whites, which is 3.4 percent.
Sanders tweeted Tuesday: “Jobs numbers for Pres Trump and Pres Obama were correct, but the time frame for Pres Obama wasn’t. I’m sorry for the mistake, but no apologies for the 700,000 jobs for African-Americans created under President Trump.”
Sanders linked to a tweet by the White House Council of Economic Advisers, which claimed responsibility for the “miscommunication.”