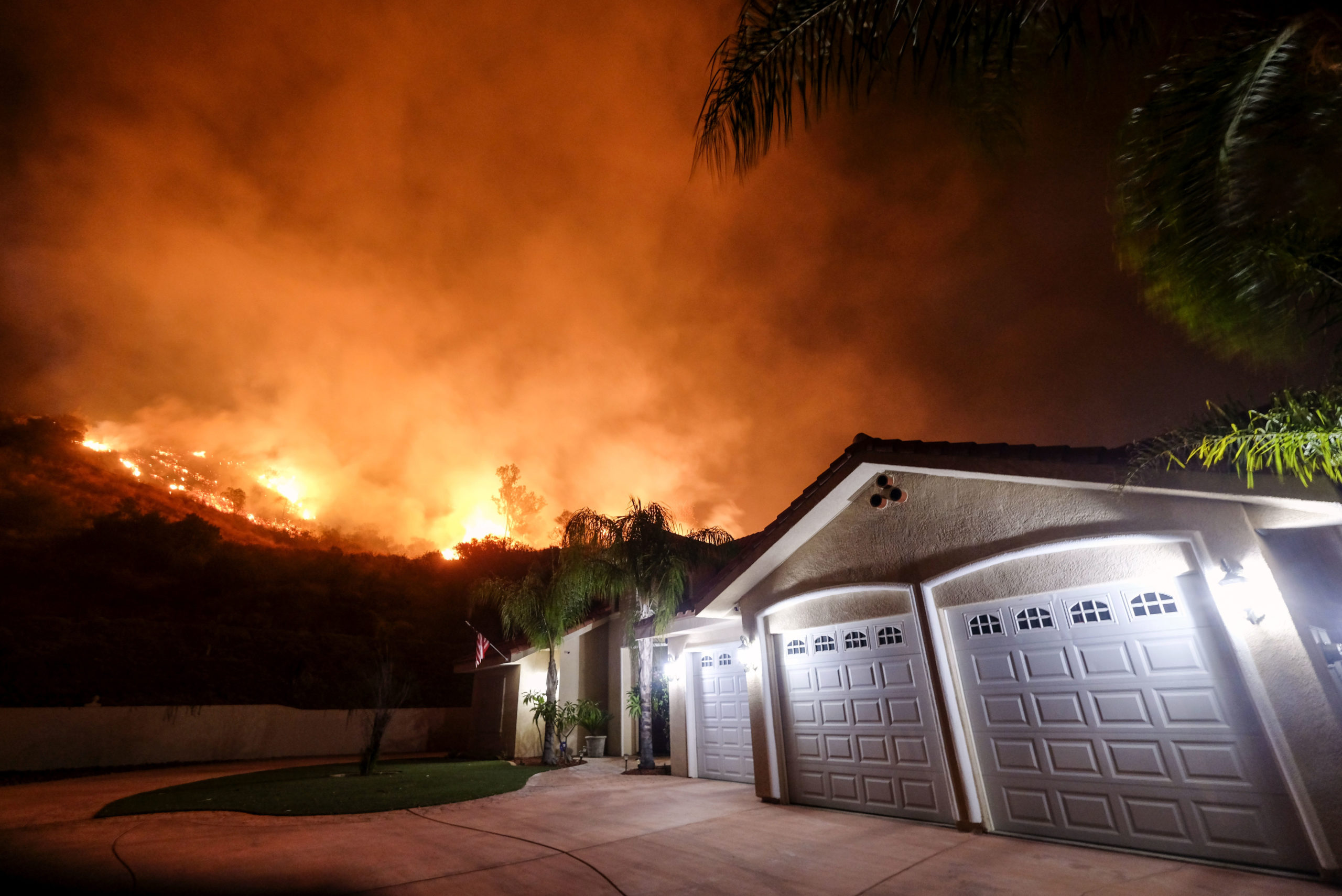 California homeowners may find themselves facing insurance headaches even if their houses weren’t affected by this year’s blazes.

He expects more insurance companies to opt not to renew policies or to simply stop writing homeowners policies in areas with the highest fire risk. He also anticipates rate increases, and for parts of the state to be reclassified from safe to high-risk.
State officials don’t track exactly how many people are dropped by their insurance companies, but the number of homeowners complaining about it happening more than tripled from 2010 to 2016.
The problem is most pronounced in high-risk fire areas. In the 24 California counties with the highest fire risk, the number of non-renewals increased 15 percent from 2015 to 2016, according to a Department of Insurance report. Insurers dropped more than 10,000 policies in those counties in 2016.

Homeowners who need new or replacement policies may have to look harder or pay more.
A standard homeowners insurance policy will cover losses from a wildfire. If someone cannot find a policy in the traditional market, they can get one through what’s called surplus lines, which are policies that don’t have to follow the same state regulations.
There’s also California’s FAIR plan, which is considered an insurer of last resort. The FAIR plan offers insurance for high-risk properties but provides only basic coverage. Jones said enrollment in FAIR has been increasing each year.
Consumers may also get frustrated when they find out their policies will not be renewed or cannot find coverage easily.
“We do have a healthy market and we do have insurance available,” said Janet Ruiz, the West Coast representative of the Insurance Information Institute. “You do have to shop and compare.”

Last year’s wildfires in California caused roughly $12 billion in insurance claims, the most expensive year on record. But officials and experts warn that the state could be facing its toughest wildfire season yet: The fires now burning include the Mendocino Complex fire, which is the largest the state has ever seen. The historically worst months still to come.
State law prohibits all of an insurer’s catastrophic losses from being passed on to consumers at one time. So the impact on rates may come over several years.
California is seeing earlier, longer and more destructive wildfire seasons because of drought, warmer weather attributed to climate change and home construction deeper into the forest.

That is where the insurance becomes the most challenging. An estimated 3.6 million California homes are in what’s called the wildlife urban interface, and of those more than 1 million homes are at high or very high risk of fire.
As this trend continues, “more and more homeowners who cannot afford insurance may decide to go uninsured, risking their life savings and ultimately seeking relief from federal and state governments,” the state’s report said.
“Fire has been part of California’s landscape for some time and will continue to be,” said Nicole Mahrt-Ganley, spokeswoman for the Property and Casualty Insurers Association of America.
“It’s hard because we want to live in these beautiful spaces, but there is some personal responsibility you have to take to protect yourself.”

Fresno Unified Must Make Special Ed a Priority. Not an Afterthought.