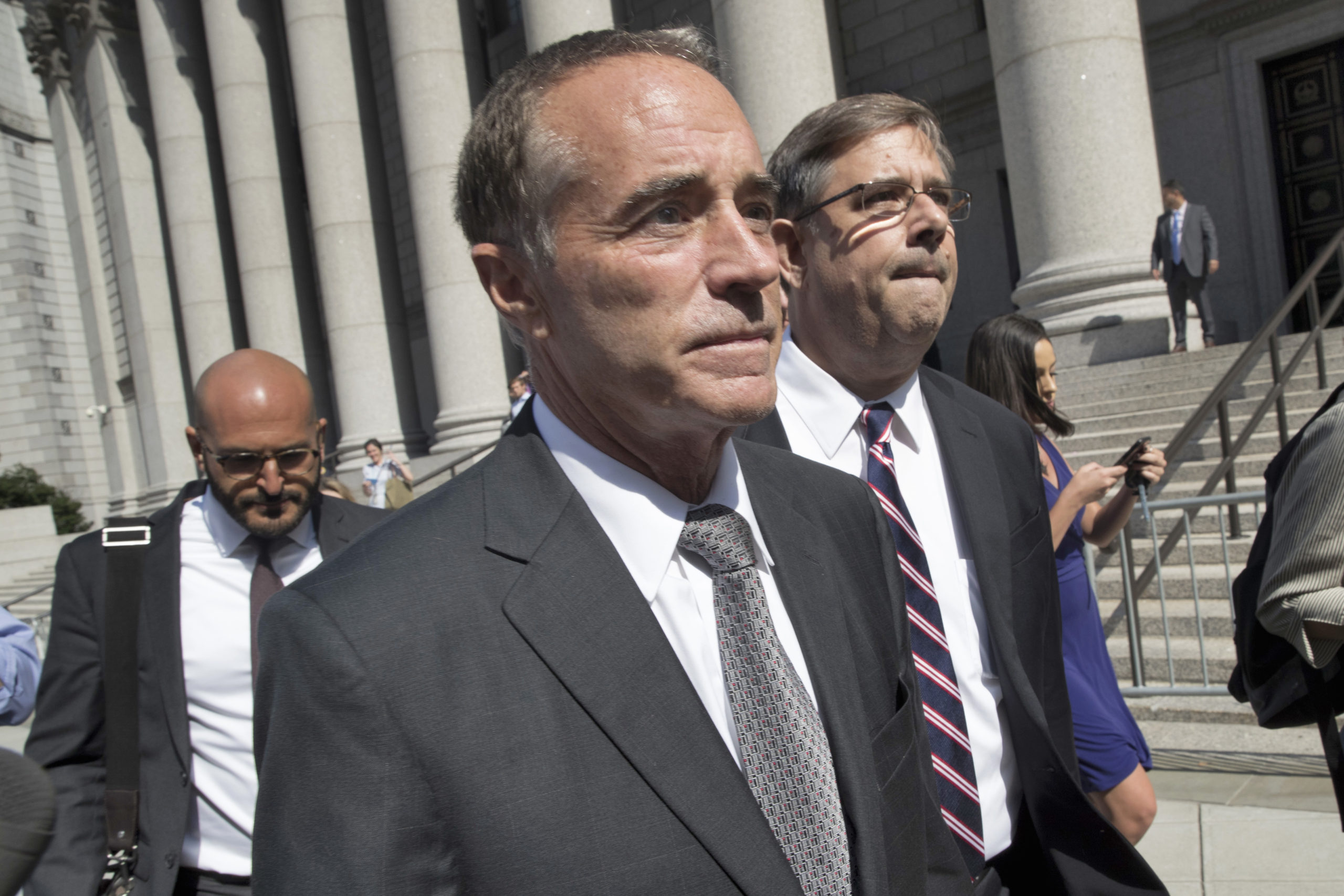 He went on to say he will fill out his term and “continue to fight the meritless charges brought against me.” He has denied any wrongdoing.
Collins’ decision to end his re-election bid appeared to boost Democrats’ chances of taking in a solidly Republican district, but the announcement left unanswered questions including how Collins’ name could be removed from the ballot.
Wednesday’s indictment charges Collins and two others, including his son, with conspiracy, wire fraud and other counts.
Prosecutors say the charges relate to a scheme to gain insider information about a biotechnology company headquartered in Sydney, Australia, with offices in Auckland, New Zealand.

It is unclear whether Collins’ name can be removed from the November ballot at this point and whether Republican Party officials will be able to nominate another candidate for the seat.
Under New York state election law, Collins’ name could be taken off the ballot under certain narrowly defined circumstances that include death, disqualification or being nominated for a different office such as a county clerkship.
Jessica Proud, a spokeswoman for the New York state Republican Party, said party officials are weighing their options. She said no decision has been made about a possible replacement for Collins on the ballot — if they are able to replace him.
Stefan Mychajliw, the Erie County comptroller, released a statement putting his name forward for the ballot spot and said he hoped to earn the support of county Republican officials in the district.
A spokesman for Nate McMurray, the Democrat in the race, said McMurray planned a news conference later Saturday in Rochester. “The actions of Congressman Collins should disqualify him, his cronies and corporate donors from choosing his replacement on the ballot,” McMurray’s campaign said in a news release.
McMurray, the town supervisor of Grand Island, New York, said after Collins’ indictment that he took “no joy in the terrible news” of his rival’s arrest. He said tens of thousands of dollars were donated to his campaign in the 24 hours after Collins’ arrest and the Democratic Congressional Campaign Committee reached out to partner with McMurray’s team.

District Is Most GOP-Leaning in New York

The district spans an area between the Rochester and Buffalo suburbs and is considering the most Republican-leaning district in New York. The race had not been considered competitive by many observers, including those predicting a “blue wave” that gives Democrats control of the House.
The area backed Trump over Hillary Clinton by nearly 25 percentage points in 2016, when Collins beat his Democratic challenger by more than 2-1.
Collins was an early supporter of Trump’s presidential campaign and has been one of Trump’s most ardent defenders. In his statement Saturday, Collins warned of Democrats winning the House in the midterm elections “and then launching impeachment proceedings against President Trump.”
House Democratic Leader Nancy Pelosi said Saturday that Collins should resign immediately.
“No person is above the law, not the president or his first supporter in Congress,” Pelosi said. “This insufficient and overdue announcement does little to drain the toxic cesspool of self-enrichment, special interest deals, and corruption that has proliferated in Washington under GOP control. ”