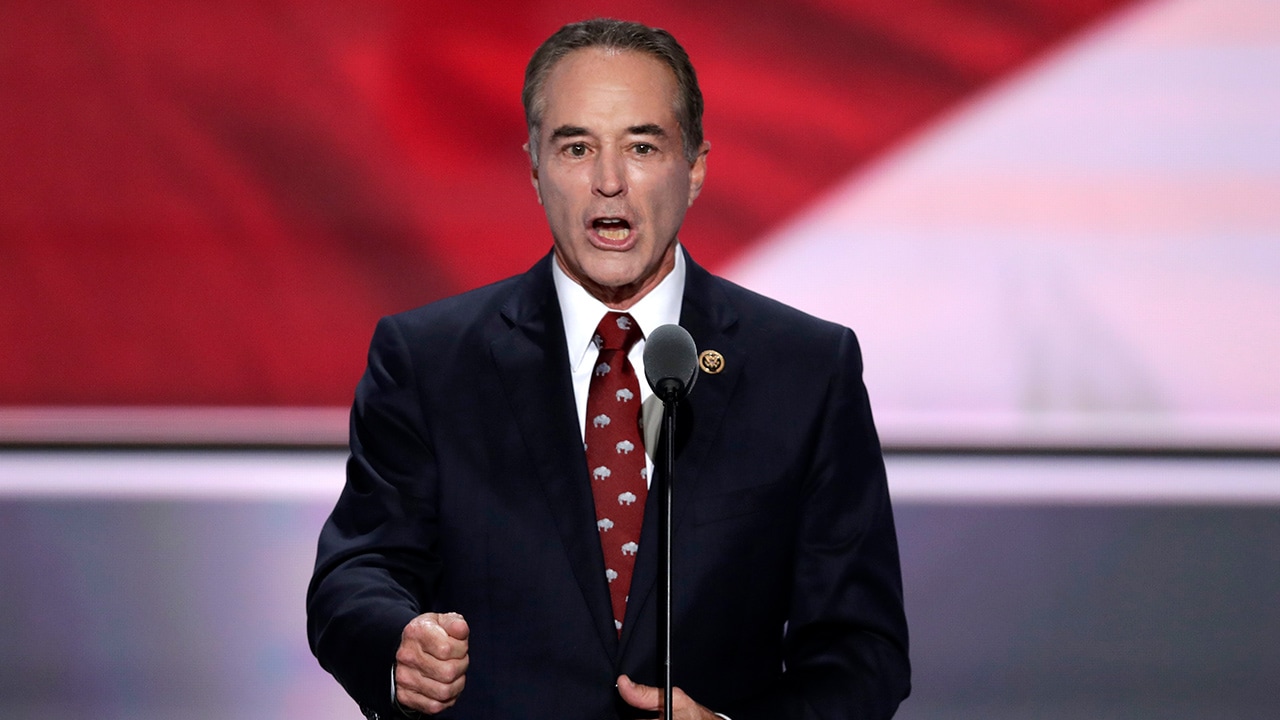 NEW YORK — Republican U.S. Rep. Christopher Collins of New York was arrested Wednesday on charges he fed inside information that he gleaned from sitting on the board of a biotechnology company to his son, helping others dodge hundreds of thousands of dollars in losses when bad news came out.
The charges were announced against Collins, a staunch supporter of President Donald Trump who is up for re-election in November.
Collins said Wednesday evening that he would remain on the ballot despite the indictment.
An indictment unsealed in federal court in Manhattan charges Collins, the congressman’s son and the father of the son’s fiancé with conspiracy, wire fraud, and other counts.
Prosecutors say the charges relate to a scheme to gain insider information about Innate Immunotherapeutics Limited, a biotechnology company headquartered in Sydney, Australia, with offices in Auckland, New Zealand.
According to the indictment, the defendants tried to get early word on the results of trials of a drug the company developed to treat multiple sclerosis.

The 68-year-old Collins, a conservative who was first elected in 2014 to represent parts of western New York between Buffalo and Rochester, has denied any wrongdoing. When the House Ethics Committee began investigating the stock trades a year ago, his spokeswoman called it a “partisan witch hunt.”


“I share President Trump’s continued frustration as the left continues to try to nullify the 2016 Presidential election with claims of Russian interference.” — Chris Collins,  Republican U.S. Representative of New York
“We will answer the charges filed against Congressman Collins in court and will mount a vigorous defense to clear his good name,” his attorneys, Jonathan Barr and Jonathan New, said in a statement Wednesday. “It is notable that even the government does not allege that Congressman Collins traded a single share of Innate Therapeutics stock. We are confident he will be completely vindicated and exonerated.”
All three defendants were in federal custody Wednesday and were expected to make their initial court appearance in the afternoon. Prosecutors also planned to hold a news conference.
Collins has a track record of publicly backing Trump, including being one of the first sitting members of Congress to endorse his candidacy. Most recently, Collins called for an end to Special Counsel Robert Mueller’s probe into campaign collusion and blaming the Obama Administration for failing to push back on Russia.

Holding Onto a Safe Seat

Collins ran unopposed in the Republican primary and holds what’s largely considered a safe Republican seat in a state that went to Democratic nominee Hillary Clinton in 2016. He’s being challenged by Democrat Nate McMurray, a Grand Island, New York, town supervisor.
The congressman was a member of Innate’s board of directors and held nearly 17 percent of the stock. When the drug trials failed, the public announcement caused the stock price of Innate to plunge 92 percent.
Prosecutors allege that Collins passed along secrets to his son, Cameron, in June 2017. They say the son traded on the inside information and passed it to a third defendant, Stephen Zarsky. They say Zarsky traded on it and tipped off at least three others.
Prosecutors say the three avoided over $768,000 in losses by trading ahead of the public announcement of the failed drug trials.
The advocacy group Public Citizen filed a request for an investigation of Collins’ stock dealings with the Office of Congressional Ethics and the Securities and Exchange Commission in January of 2017.