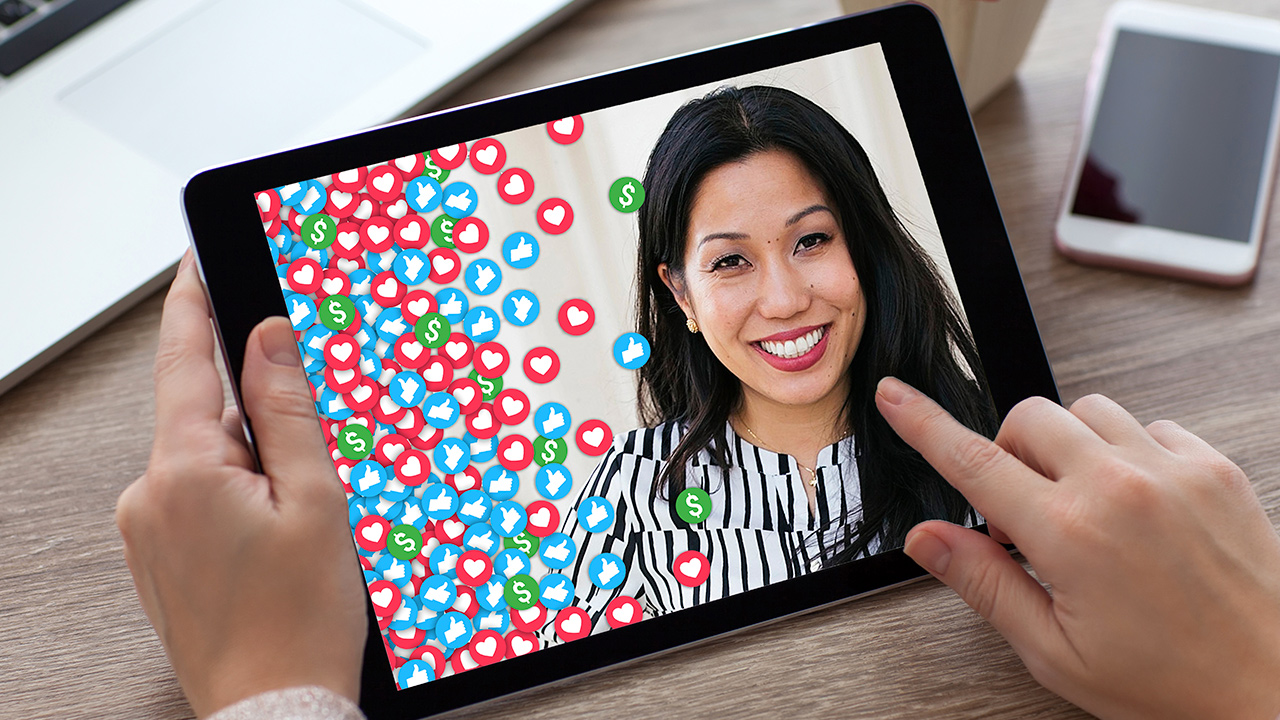 Getting banned on Facebook may have been the best thing to happen to Fresno congressional candidate Elizabeth Heng’s campaign.
In the least, it has elevated a second Valley congressional race into the national spotlight.
Heng, a Republican, hopes to unseat seven-term Democrat Jim Costa of Fresno in the 16th District seat spanning from Merced to Los Banos to Fresno.
Heng turned social media censorship and subsequent national media attention into a fundraising bonanza.
According to her campaign, she raised $93,438 from Aug. 4 through Aug. 9. That comes from 874 donors for an average of $106.
Heng’s social media exploded as well since the news of the ban surfaced — Facebook likes up 283%, Twitter followers up 821%.
“The momentum on this campaign has grown tremendously since we started fighting the censorship of my story on Facebook,” Heng said.
“The issue has drawn national attention not only to the issue of tech companies silencing conservative voices, but also to this race in a district that has been neglected by Washington for decades. Donors and supporters are more eager than ever to help me fight for this congressional seat.”

Heng entered the race with little name recognition, never running for political office before. She wasn’t particularly active in local political circles either.
Bu, she has an impressive résumé: student body president at Stanford, graduate school at Yale, and work as a staffer in Washington, D.C. with Rep. Ed Royce (R-Calif.) and the Foreign Affairs Committee. The Hill named her one of the 50 Most Beautiful People working on Capitol Hill in 2014. Others have tried to topple Costa. Farmer Johnny Tacherra came closest in 2014. The race was so tight that Tacherra attended freshman orientation in Washington before Costa eventually emerged as the winner by 1.4%.
Costa handily won the 2016 rematch by 16%.
So, it took many by surprise that Heng hung with Costa in the June primary. She scored 47% of the vote compared to veteran Costa’s 53% in the two-candidate race.

Heng’s parents emigrated from Cambodia to California in the 1980s, eventually settling in Fresno. She used a four-minute campaign video ad to tell that story.
The video contained images of bodies on the ground, the effect of the violent Khmer Rouge regime of dictator Pol Pot.

Facebook deemed the video too graphic. Heng’s campaign initially posted the video in May on the social media platform. The campaign boosted it (paying Facebook to reach more viewers) on July 29. Days later, Facebook took it down, saying the ad violated its policy on “shocking, disrespectful or sensational” images.
GV Wire and the national media pounced on Facebook’s decision. National Review, Washington Times, and Selma-based nationally syndicated columnist Victor Davis Hanson provided coverage.
The biggest name in talk radio, Rush Limbaugh, also picked up on the story.
“It is unbelievable that Facebook could have such blatant disregard for the history that so many people, including my own parents, have lived through,” Heng said at the time of the Facebook ad ban.
The pressure worked. On Monday, Facebook reversed course.
“Upon further review, it is clear the video contains historical imagery relevant to the candidate’s story. We have since approved the ad and it is now running on Facebook,” the social media giant said in a news release.
Costa agreed with the decision.
“It is important for us to have a political dialogue and it was right for Facebook to re-instate the commercial,” Costa said in a statement.

Will Attention Turn to Votes?

While the Costa-Heng race has moved into the national spotlight, another Valley race has been there virtually from the start.
Andrew Janz is waging a battle against Devin Nunes (R-Tulare), in an attempt to replace the eight-term congressman in District 22. Nunes hasn’t faced a competitive challenger since he was elected to Congress.


“The corruption in Washington is rampant and it’s coming from our own representative here in the Valley. So, of course, this race is getting national attention. Our campaign is truly about the people of the Central Valley.” — Andrew Janz, Democratic challenger in CA-22

Representing rural central California, Nunes’ name recognition didn’t extend much beyond the district. That is, until Nunes rose to chairman of the House Permanent Select Committee on Intelligence and became embroiled in the Russia investigation controversy.
“As a major figure in the Republican Party and staunch Trump defender, Nunes is a Republican that the Democrats would love to beat.  For this reason, there will be significant financial resources flowing into the campaign coffers for both candidates,” Fresno State’s Holyoke said.
Janz has appeared numerous times on various MSNBC programs, and his fundraising is benefiting from the attention. Nunes, meanwhile, is a Fox News staple and intensely covered by other conservative media outlets — while he wages his self-declared war on the mainstream media, including The Fresno Bee.
“The corruption in Washington is rampant and it’s coming from our own representative here in the Valley. So, of course, this race is getting national attention. Our campaign is truly about the people of the Central Valley,” Janz told GV Wire.
In the latest filing covering the period through June 30, Janz raised $2.8 million That is seven times more than any Nunes opponent has ever raised.
Nunes, always a strong fundraiser, has attracted $7.4 million in campaign donations.
In a fundraising letter obtained by HuffPost last month, Nunes wrote, “In standing up for transparency, the truth and the Constitution, I have earned the hatred of the revenge-driven members of the Democratic leadership cabal and the Far Left media.”
Related Topics:CambodiaCongressCongressional District 16elizabeth hengFacebookFresnoGlenn BeckLaura IngrahamRep. Jim CostaRush LimbaughStuart Varney
Up Next