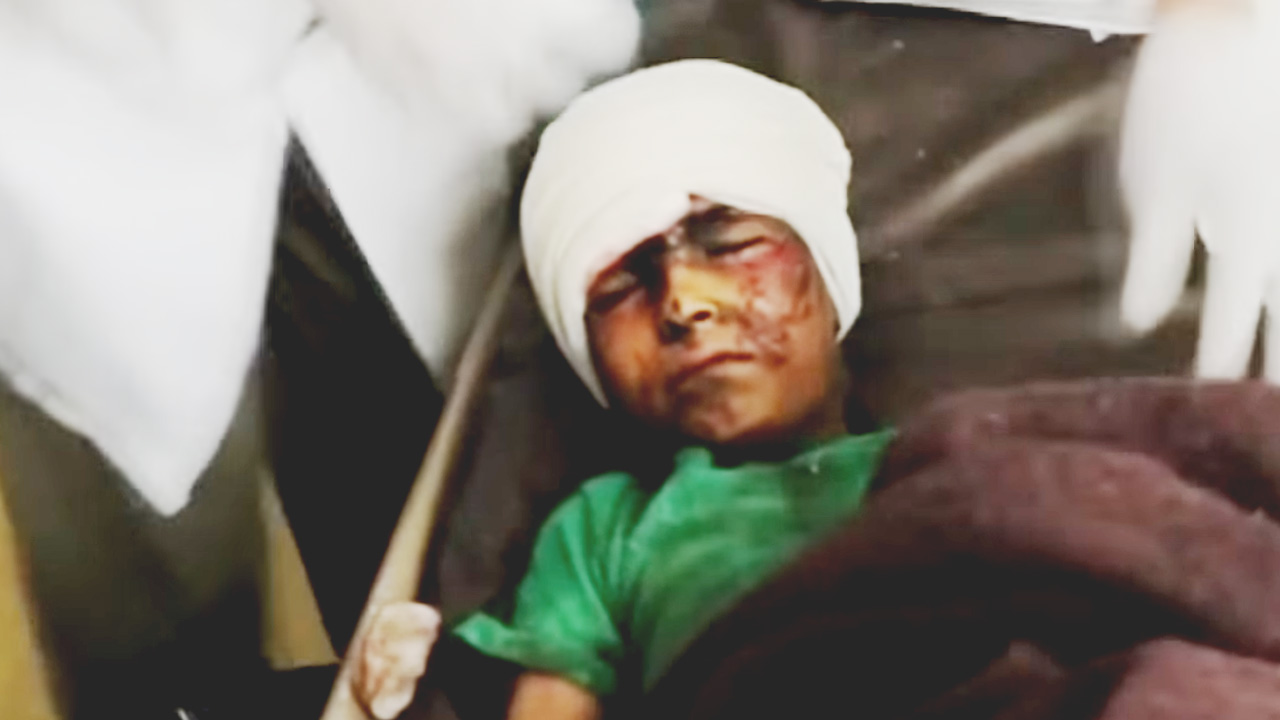 
“We call on the Saudi-led coalition to conduct a thorough and transparent investigation into the incident. We take all credible accounts of civilian casualties very seriously.” — U.S. State Department spokeswoman Heather Nauert
The Saudi-led coalition, meanwhile, said it targeted the rebels, known as Houthis, who had fired a missile at the kingdom’s south on Wednesday, killing one person who was a Yemeni resident in the area.
Al Masirah TV aired dramatic images of wounded children, their clothes and schoolbags covered with blood as they lay on hospital stretchers. The International Committee of the Red Cross said on Twitter that its team at an ICRC supported hospital in Saada received the bodies of 29 children, all under 15 years old. It also received 48 wounded people, including 30 children, it said.

New figures from the ICRC-supported hospital in Sa’ada, #Yemen. Our medical team has received:

The attack took place in the Dahyan market in Saada province, a Houthi stronghold. The province lies along the border with Saudi Arabia. The bus was ferrying local civilians, including many children, according to Yemeni tribal leaders who spoke on condition of anonymity for fear of reprisals.
There was no breakdown in the casualties and it was not immediately clear how many of the victims were on the bus itself and how many were pedestrians in the immediate area around it. It was also unclear if there were other airstrikes in the area.

The U.N. special envoy for Yemen, Martin Griffiths, is pushing to bring the warring parties to restart peace talks. He recently announced plans to invite Yemen’s warring parties to Geneva on Sept. 6 to hold the first round of consultations.
Yemen’s stalemated, three-year war has killed over 10,000 people, badly damaged Yemen’s infrastructure and crippled its health system. The coalition faces widespread international criticism for its airstrikes in Yemen that kill civilians.
Impoverished Yemen, on the southern tip of the Arabian Peninsula, is now in the world’s worst humanitarian crisis, with more than 22.2 million people in need of assistance.

State Department spokeswoman Heather Nauert said U.S. officials can’t confirm all the details about the attack but are concerned about reports of civilian deaths.
“We call on the Saudi-led coalition to conduct a thorough and transparent investigation into the incident,” Nauert said. “We take all credible accounts of civilian casualties very seriously.”

Last week, Yemeni medical officials said the coalition conducted airstrikes in the rebel-held port city of Hodeida, killing at least 28 people and wounding 70. But the coalition denied carrying out any attacks in the city, saying it follows a “strict and transparent approach based on the rules international law.”
The fight for the port of Hodeida, a key lifeline for supplies and aid for Yemen’s population on the brink of starvation, has become the latest battleground in the devastating war.

Col. Turki al-Malki, a spokesman for the Saudi-led coalition, said the attack in Saada targeted the rebels who had fired a missile at the kingdom’s south, killing one person and wounding 11 others. The coalition said Wednesday’s projectile, fired toward the southwestern Saudi city of Jizan, was intercepted and destroyed but its fragments caused the casualties.
The statement, carried by the official Saudi Press Agency, also said the missile was launched “deliberately to target residential and populated areas.”
Al-Malki insisted Thursday’s attack carried out in Saada is a “legitimate military action” and is “in accordance with international humanitarian law and customs.” He also accused the Houthis of recruiting children and using them in the battlefields to cover for their actions.

Saudi Arabia backs Yemen’s internationally recognized government and has been at war with the Houthis since March 2015. The rebels control much of northern Yemen, including the capital, Sanaa.
The Iran-aligned Houthis, meanwhile, regularly fire into Saudi Arabia and have targeted its capital, Riyadh, with ballistic missiles. They say their missile attacks on the kingdom are in retaliation for air raids on Yemen by the Western-backed coalition.