US Allies Kill 22 Yemeni Civilians at Wedding. Village Asks, 'Why Us?' 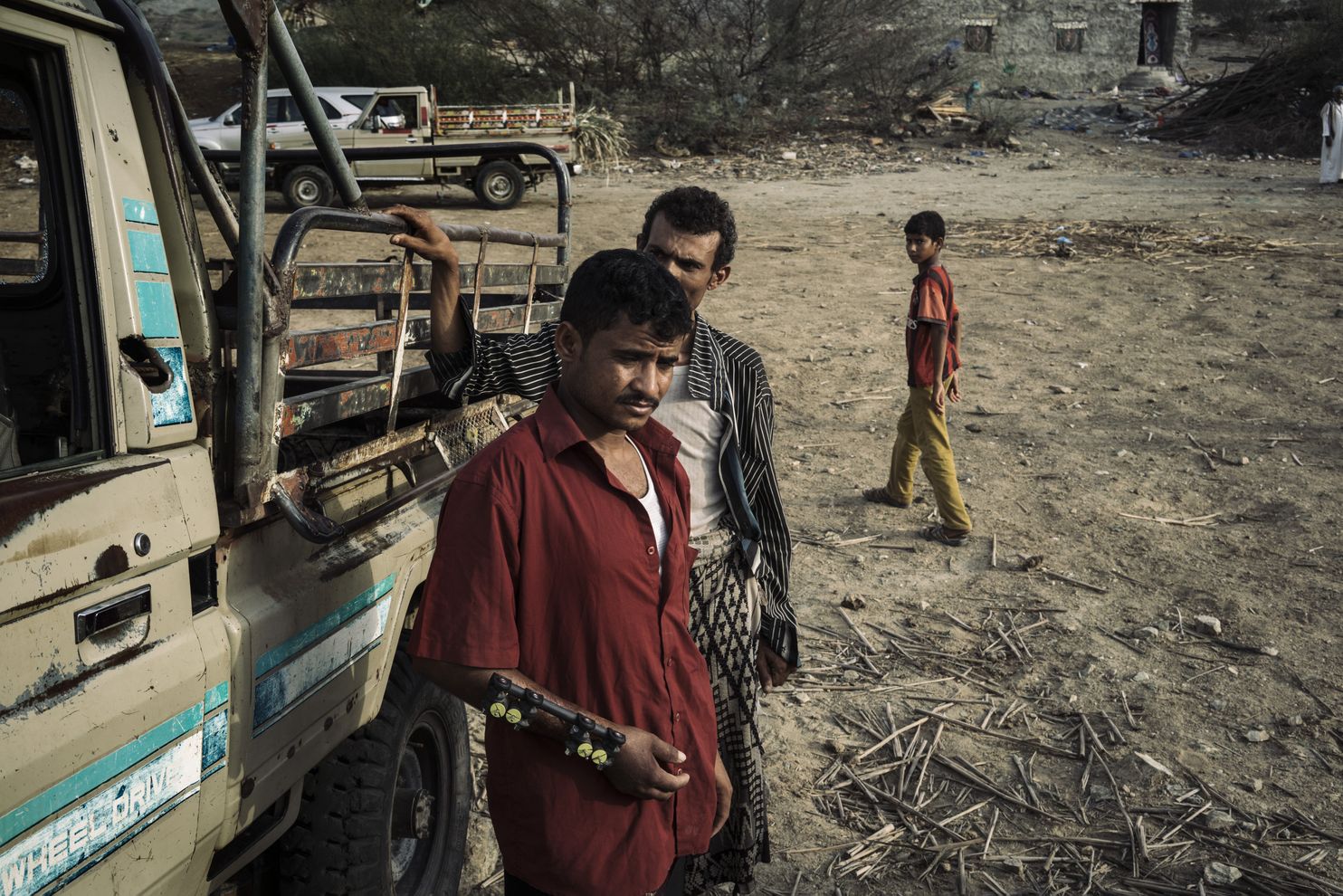 Yemeni civilians are calling for the denouncement of the U.S. role in their country’s civil war after airstrikes killed 22 at a wedding and thousands of others.
The deaths are continuing unabated, with as many as hundreds of casualties per month, despite assurances by a U.S.-backed regional coalition that it will provide better protection of civilians.
These assurances have done little to stem the mounting criticism within the U.S. and the international community about American involvement in Yemen.
Yemeni civilians have also called into Congress, requesting that it halt or regulate U.S. weapons sales to Saudi Arabia. Both Saudi Arabia and the United Arab Emirates are part of a coalition backing Yemen’s exiled government in its conflict against rebels known as the Houthis, who dominate the capital and the north.

US Has Big Role in War

The U.S. plays an essential role in the war, supporting the coalition with intelligence, refueling, technical assistance and billions of dollars in bombs and other weaponry.
The coalition is the only actor in the conflict that uses warplanes, mostly U.S.- and British-made fighter jets. The airstrikes have struck hospitals, schools, markets, motels, migrant boats, gas stations, even funeral gatherings, raising questions about the coalition’s ability to abide by humanitarian laws that call for civilians to be safeguarded.
Despite concerns raised by critics, President Donald Trump announced $110 billion in new arms sales last year to Saudi Arabia, weapons that most analysts expect will be used in Yemen.

After the Senate narrowly approved a $510 million first installment of precision-guided munitions to Saudi Arabia in June 2017, the kingdom said it would launch a training program to reduce accidental targeting of civilians.

But in the year after that announcement, civilian deaths were 7 percent higher than the year before, U.N. data shows.

In April alone, there were 236 civilians killed and 238 injured — the deadliest month this year so far.

The U.S. alliance with Saudi Arabia challenged the Obama administration, too. In 2016, a Saudi jet bombed a Yemeni hospital, according to Doctors Without Borders.

You can read the full Washington Post story at this link.

De León Is Progressive Alternative to Feinstein in Senate Race