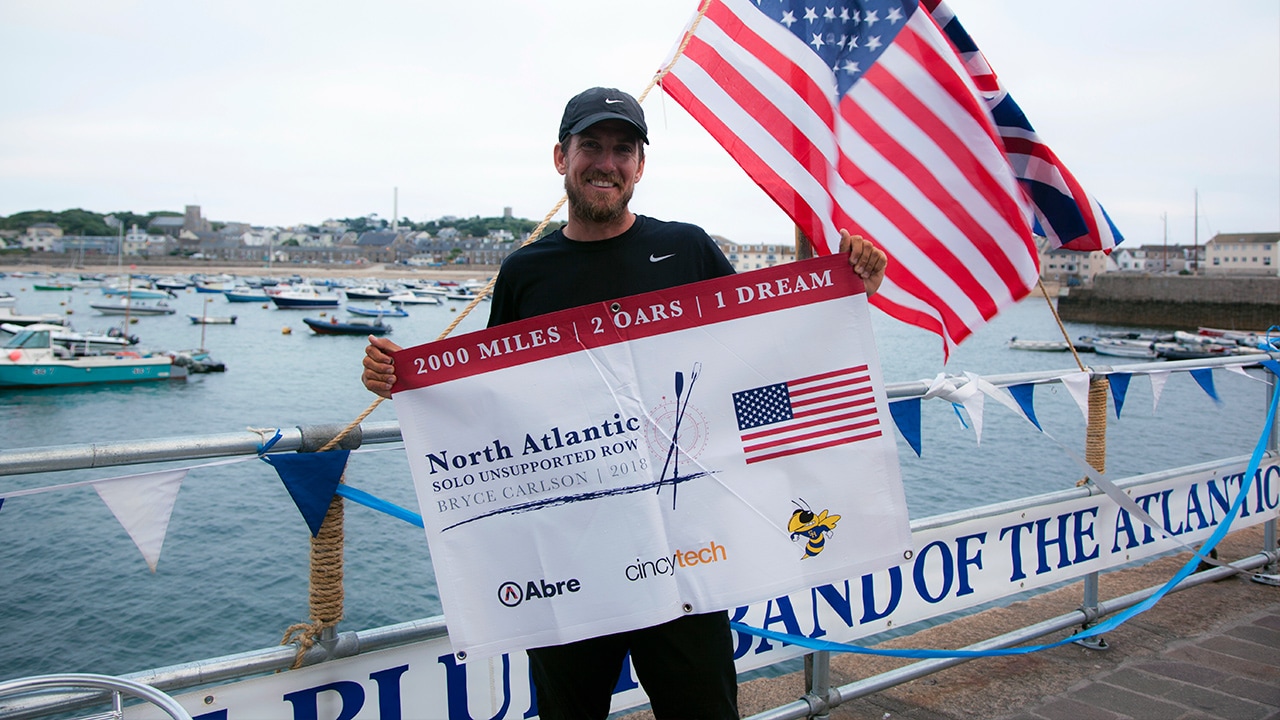 LONDON — A high school science teacher from Cincinnati, Ohio, has rowed solo across the Atlantic Ocean, setting a record for a west-to-east crossing.