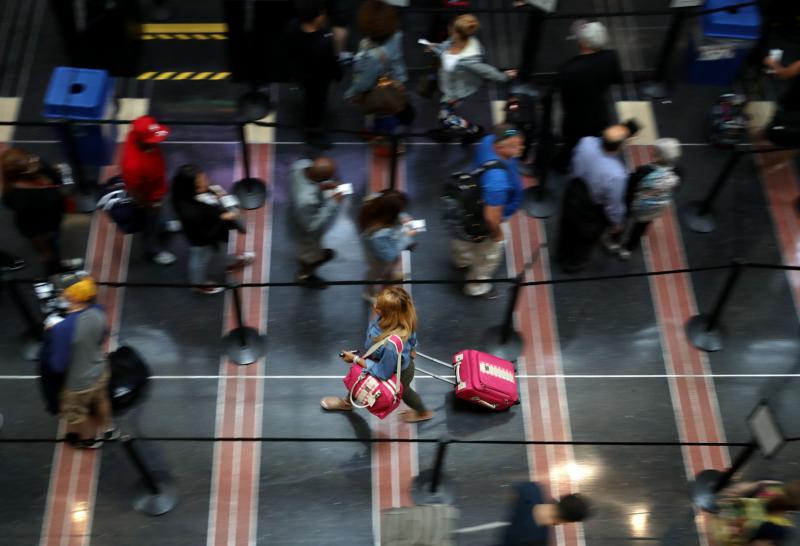 Criticism is mounting over a new domestic surveillance program called “Quiet Skies” that targets ordinary U.S. citizens not suspected of a crime or on any terrorist watch list.
The previously undisclosed program specifically targets travelers who “are not under investigation by any agency and are not in the Terrorist Screening Data Base,” according to a Transportation Security Administration bulletin in March.

The purpose of Quiet Skies is to decrease threats by “unknown or partially-known terrorists; and to identify and provide enhanced screening to higher-risk travelers before they board aircraft based on analysis of terrorist travel trends, tradecraft, and associations,” according to a TSA internal bulletin.

Since the initiative launched in March, dozens of air marshals have raised concerns about the Quiet Skies program with senior officials and colleagues, sought legal counsel, and expressed misgivings about the surveillance program, according to interviews and documents reviewed by the Boston Globe.
Some air marshals say the program is a time-consuming and costly assignment, which saps their ability to do more vital law enforcement work.
“What we are doing [in Quiet Skies] is troubling and raising some serious questions as to the validity and legality of what we are doing and how we are doing it,” one air marshal wrote in a text message to colleagues.

Quiet Skies represents a major departure for TSA. Since the Sept. 11 attacks, the agency has traditionally placed armed air marshals on routes it considered potentially higher risk, or on flights with a passenger on a terrorist watch list.
Deploying air marshals to gather intelligence on civilians not on a terrorist watch list is a new assignment, one that some air marshals say goes beyond the mandate of the U.S. Federal Air Marshal Service.
You can read the full Boston Globe story at this link.

China Announces $60B of US Goods for Tariff Retaliation