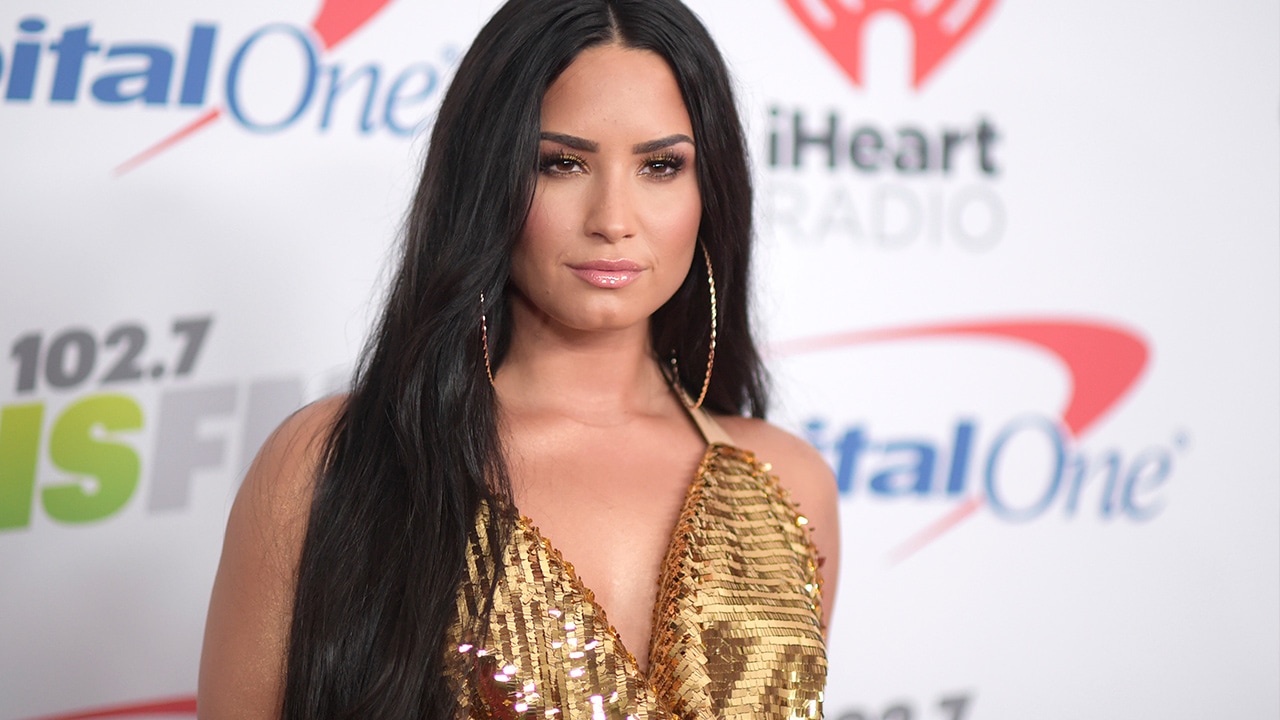 NEW YORK — A representative for Demi Lovato says she is awake and recovering with her family after the pop singer was reportedly hospitalized Tuesday for an overdose.
“Demi is awake and with her family who want to express thanks to everyone for the love, prayers and support,” Lovato’s representative said in a statement Tuesday evening. “Some of the information being reported is incorrect and they respectfully ask for privacy and not speculation as her health and recovery is the most important thing right now.”
The statement did not provide any details on what led to the singer’s hospitalization.
Emergency officials confirmed they transported a 25-year-old woman who lives on Demi Lovato’s block to the hospital after receiving a call at 11:22 a.m. Tuesday.
TMZ was the first to report that Lovato had been hospitalized for a drug overdose, based on its sources, and other outlets including People magazine also reported her hospitalization based on sources.

Battles With Cocaine and Alcohol Abuse

Lovato indicated in a new song released last month that she relapsed after six years of sobriety. On the song “Sober,” she sings the lyrics: “Momma, I’m so sorry I’m not sober anymore/And daddy please forgive me for the drinks spilled on the floor.”
In her YouTube documentary released last year called “Demi Lovato, Simply Complicated,” she openly discusses her cocaine use and battles with alcohol.
Fox said it would pull its episode of “Beat Shazam” featuring Lovato, which was to air Tuesday night.
“We have decided to replace the episode of Beat Shazam with another all-new episode. Our thoughts go out to Demi and her family,” the network said.
Lovato was scheduled to perform in Atlantic City on Thursday.
News crews gathered outside Lovato’s home in the Hollywood Hills, where vehicles were seen entering and leaving Tuesday afternoon. Their occupants did not stop to speak to reporters.


“It breaks my heart that she is going through this. She is a light in this world, and I am sending my love to her and her family.”— Ellen DeGeneres via Twitter
The singer-actress, who entered rehab in 2010, struggled with an eating disorder, self-mutilation and other issues. She has spoken out about her battles with drugs and alcohol over the years, and she’s become a role model for young women and men who have faced their own issues.
Lovato, who was a child actress on the TV series “Barney & Friends,” broke on the scene as a teen on the Disney Channel film “Camp Rock” and the network series “Sonny with a Chance.” She went on to become a multi-platinum pop star, launching Top 10 hits like “Sorry Not Sorry,” ”Skyscraper,” ”Heart Attack.” Her 2015 album, “Confident,” earned her a Grammy nomination for best pop vocal album.
Related Topics:awake and recoveringDemi Lovatodrug overdosehospitalizedNew Yorkrehab
Up Next