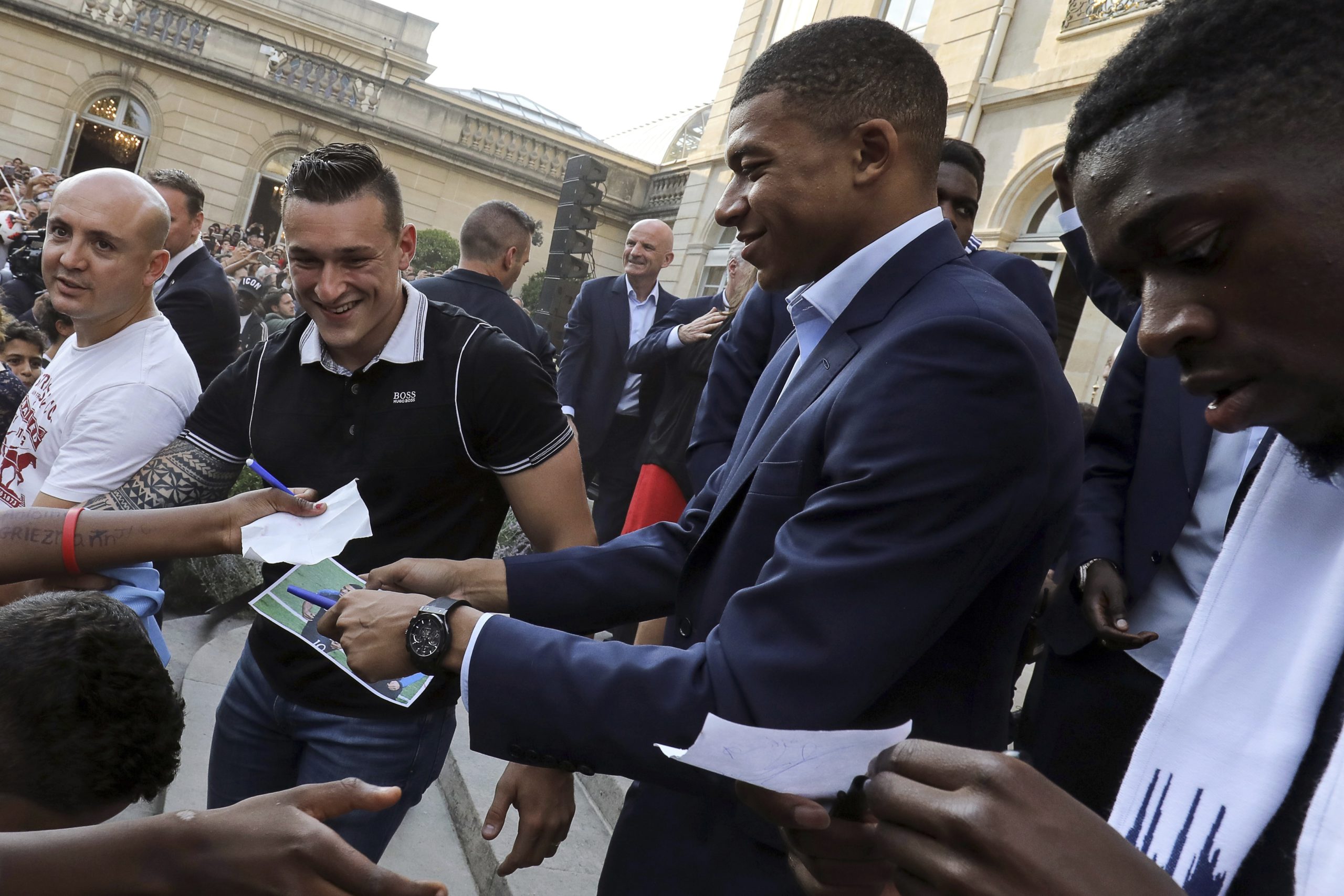 Kylian Mbappe plays soccer with the passion of a youngster, which he is, and the knowledge of a much old player.
He’s exhibiting this same combination of heart and wisdom off the pitch as well.
The 19-year-old French forward, according to the newspaper L’Equipe, is donating his World Cup paycheck and championship bonus — totaling about $500,000 — to the Premiers de Cordée nonprofit.

France’s Kylian Mbappe is donating his #WorldCup winnings to a charity in his hometown, a low-income suburb on the outskirts of Paris https://t.co/B8UxntxHYx pic.twitter.com/Kv7lzqbB6S

For the record, his World Cup earnings — inflated by France’s World Cup victory — are the biggest day of his career.
Mbappe has been quoted as saying that playing for the national team is an honor that doesn’t require additional compensation. Thus, he’d rather see his World Cup earnings go to humanitarian efforts.
Premiers de Cordée brings sports to hospitalized children and runs disability awareness campaigns in French schools and businesses.
Earlier, Mbappe paid for 25 students from the Jean-Renoir College in Bondy to attend the World Cup in Russia.

What Will Pope Do About Revelations of Sex Abuse by Cardinal?