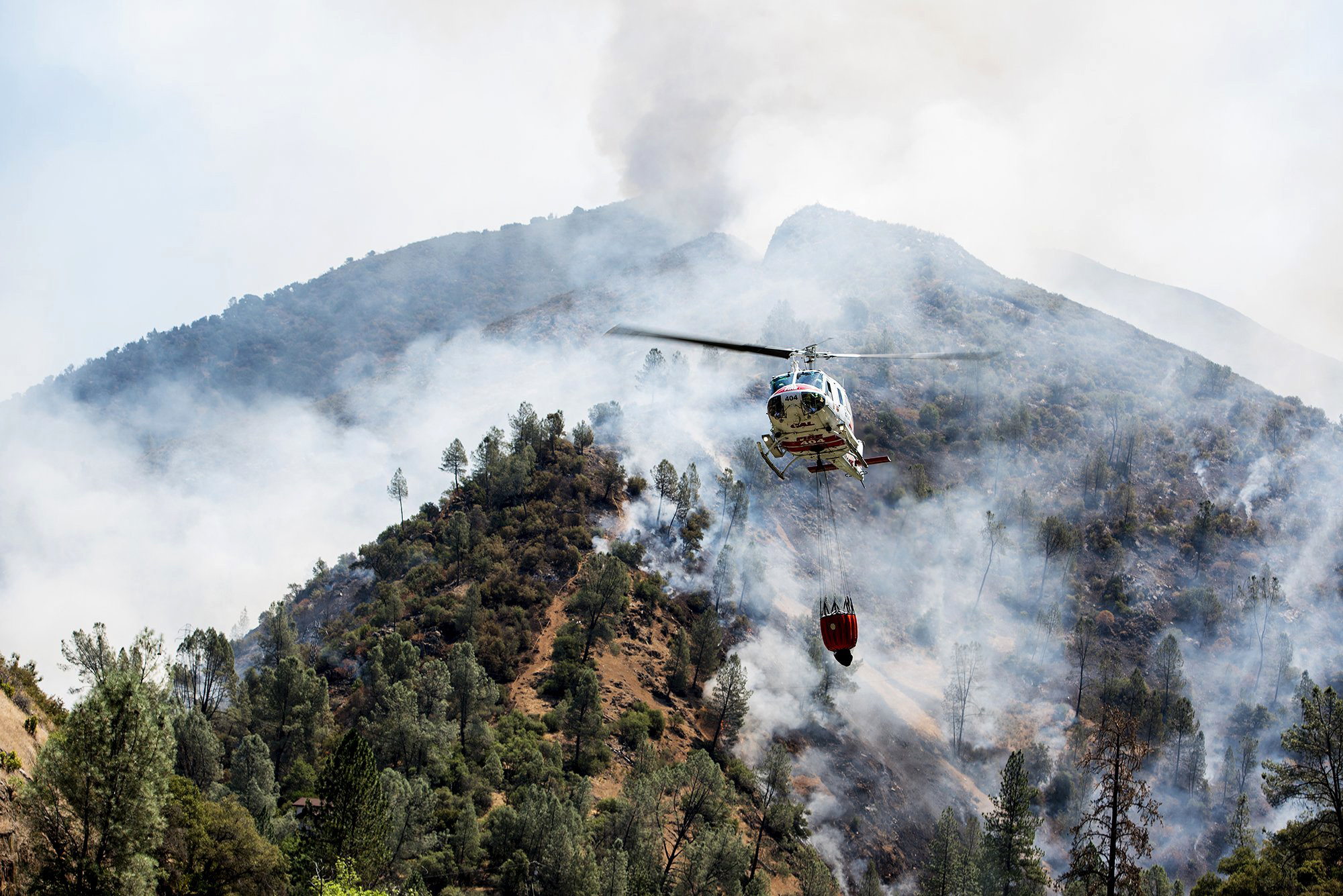 MARIPOSA — A wildfire in the Sierra Nevada just west of Yosemite National Park expanded to nearly 36 square miles Friday. More than 2,700 firefighters aided by a fleet of helicopters were battling the Ferguson Fire but only 7 percent of its perimeter was contained.
Ground crews dealt with high heat and rugged terrain with little to no access by roads, officials said. Thunderstorms with gusty winds were also a concern.

Mandatory Evacuations And People on Standby

Several areas were under mandatory evacuation orders while residents of other areas were advised to be ready to leave if necessary, but no homes had been damaged or destroyed. Fire officials were to brief residents on the situation at two community meetings.
Yosemite remained open but one of its scenic routes, Glacier Point Road, was closed indefinitely Thursday night to stage firefighters. Glacier Point overlook offers one of the park’s grand views, including Yosemite Valley and such landmarks as Half Dome and Yosemite Falls.


A memorial service for Braden Varney, who was killed while operating the bulldozer for Cal Fire on the Ferguson Fire, will be held Monday in Modesto.
The park continued to advise visitors that smoke has been obscuring valley views since the fire broke out July 13 in steep and rugged terrain within Sierra National Forest.
A bulldozer operator was killed the next day while trying to stop its spread, and two other firefighters later suffered injuries.

Wildfires burned or smoldered elsewhere in the state, including east of Los Angeles near the Riverside County city of Corona. Most evacuations ordered at the height of the fire Thursday afternoon were lifted that night, but firefighters had extensive work to do to complete a containment line around the 250-acre burn scar.
The National Weather Service warned that an extended period of high heat was brewing for a large swath of the state.
Excessive-heat watches and warnings were to go into effect early next week across Southern California and throughout the Central Valley as high pressure strengthened over the Southwest states, the NWS said.
“Conditions across the state are extremely dry. We need everyone to take extra steps to be safe when outdoors,” the California Department of Forestry and Fire Protection tweeted. 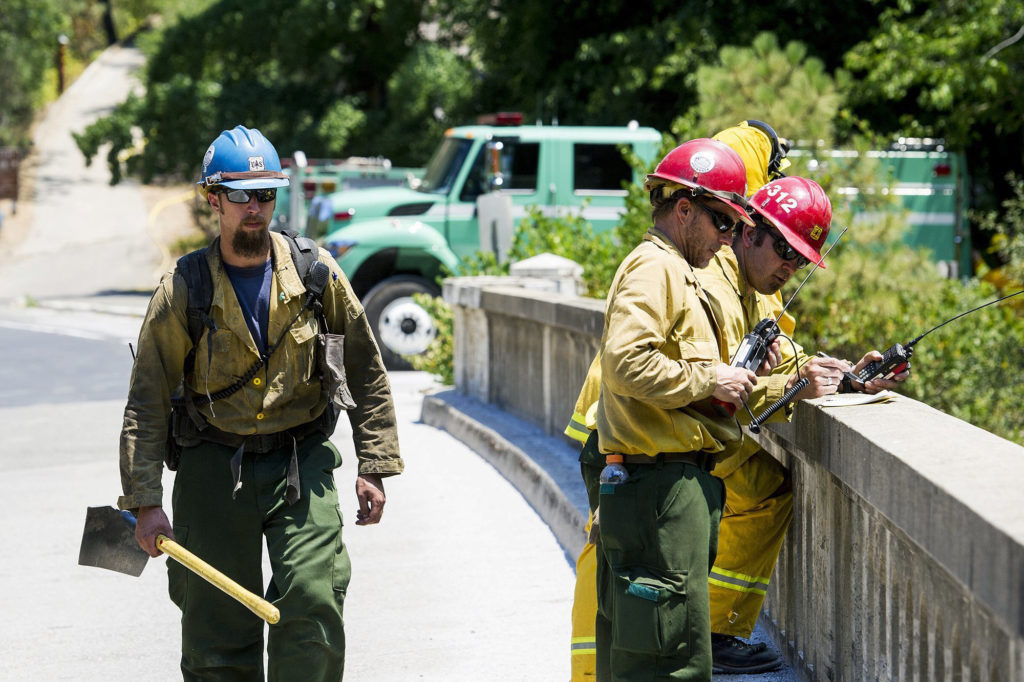 Fire crews keep watch on the Ferguson Fire from the South Fork Merced River Bridge on Highway 140 near El Portal in Mariposa County on Saturday, July 14, 2018. (Andrew Kuhn /The Merced Sun-Star via AP)