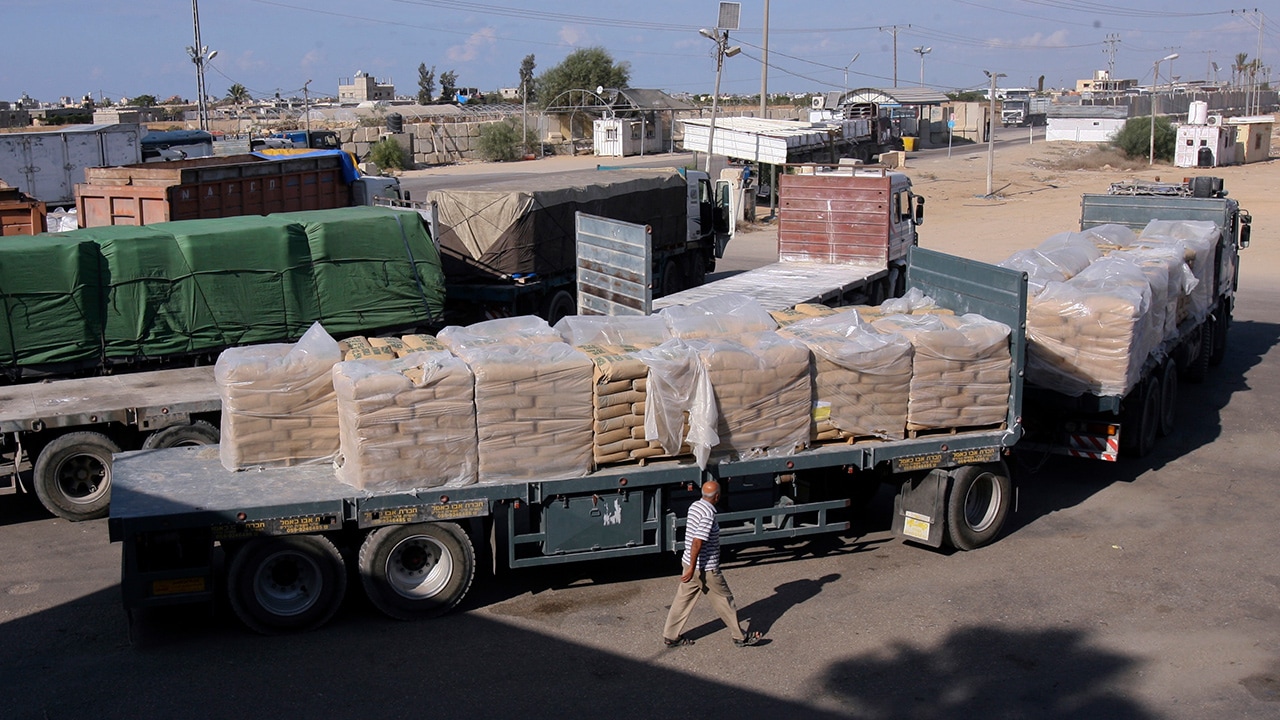 JERUSALEM — Israel placed new restrictions on its only cargo crossing with the Gaza Strip on Tuesday in response to continued Hamas hostilities, even after it agreed to a cease-fire ending 24 hours of intense fighting.
Defense Minister Avigdor Lieberman said Israel will cease transferring gas and fuel through the Kerem Shalom crossing until Sunday but will allow food and essential medication to cross. Commercial cargo was suspended last week.
Lieberman also said Israel was tightening its naval blockade to limit Palestinians from sailing beyond three nautical miles off Gaza’s coast. Israel previously allowed sailing up to six nautical miles.
Even after Hamas, Gaza’s militant rulers, agreed to a cease-fire late Saturday, incendiary kites and balloons have continued to float from Gaza into Israel setting off damaging fires to farmlands. Israel has stepped up it strikes since then to signal its new threshold for engagement after months of largely refraining to act.
One incendiary balloon landed in the yard of a kindergarten in southern Israel on Tuesday, prompting the evacuation of the children and causing some damage to the yard. No injuries were reported, police spokesman Micky Rosenfeld said.

Israeli Army Prepared and Ready for Any Mission

“The Israeli army is prepared and ready for any mission we give it,” Lieberman said during a visit to the border area Tuesday. “If we are required to launch a campaign we can overcome any enemy. The army knows what to do, how to do it and when to do it. We will dictate the rules of the game and no one else.”
Speaking at the same border visit, Israeli Prime Minister Benjamin Netanyahu said “the Israeli military is prepared for any scenario.”
The United Nations expressed concern over the crossing restrictions.
“Particularly worrying is the impact that shortfalls in fuel will have on the provision of critical health, water and sanitation services in Gaza,” U.N. deputy spokesman Farhan Haq said in a statement.
Israel pounded Hamas targets on Saturday in its most massive bombardment since the 2014 war, while militants fired dozens of rockets toward Israel that halted daily life in the area. Two Palestinian teenagers were killed in an Israeli airstrike in Gaza City, while four Israelis were wounded from a rocket that landed on a residential home in Sderot.
Israel says it has no interest is engaging in another war with Hamas, but says it will no longer tolerate the Gaza militant campaign of flying incendiary kites and balloons across the border that have ignited fires damaging Israeli farms and nature reserves.

Risks of Sparking a Full-Fledged War

Israel says some 2,500 acres of nature reserves and parks close to Gaza have been burnt thus far and it is reported to have delivered messages to Hamas that if the fires continue, it risks sparking a full-fledged war, like the three they have waged over the past decade.
On Sunday, Israel said it discovered a falcon to which Gaza militants tied an incendiary device meant to set fires. Israel’s Nature and Parks Authority said it found the common kestrel hanging in a tree with its legs tied to a wire that had flammable material. It appeared to be the first case of Gaza militants using birds to attack Israel and authorities said they were considering filing a complaint — under the appropriate international treaties — about the use of animals for militant activities.
Israel and Egypt have maintained a blockade on Gaza for over a decade in an attempt to weaken Hamas. The blockade has caused widespread economic hardship. Israel says the naval blockade is necessary to protect its citizens from weapon smuggling.
The weekend’s violence came after months of near-weekly border demonstrations organized by Hamas aimed in part at protesting the Israeli-Egyptian blockade of Gaza. Over 130 Palestinians have been killed by Israeli fire since the protests began March 30.
Israel says it is defending its sovereign border and accuses Hamas of using the protests as cover for attempts to breach the border fence and attack Israeli civilians and soldiers.

Trump: New Air Force One to Get Red, White and Blue Makeover