US Says Half of Youngest Children and Families Reunited 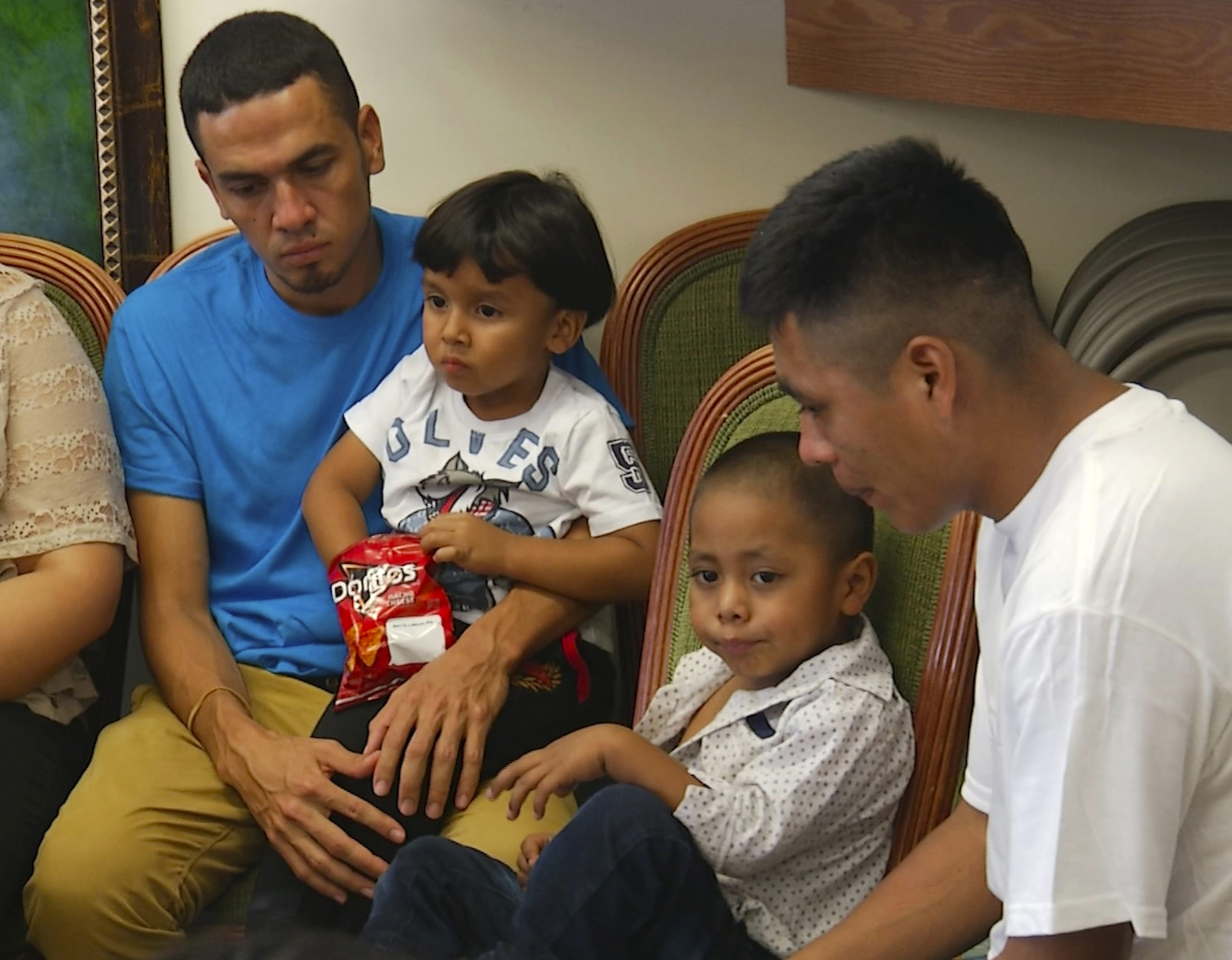 WASHINGTON —  The Trump administration says all eligible small children separated from their families as a result of its zero-tolerance immigration policy have been reunited with their parents.
But nearly half of the children under 5 remain separated from their families because of safety concerns, the deportation of their parents and other issues, the administration said.
The administration was under a court mandate to reunify families separated between early May and June 20, when President Donald Trump signed an executive order that stopped separations. The American Civil Liberties Union filed a lawsuit on behalf of a woman who had been separated from her child, and U.S. District Court Judge Dana Sabraw ordered all children reunited with their parents.
Fifty-seven children were reunified with their parents as of Thursday morning, administration officials said.
“Throughout the reunification process, our goal has been the well-being of the children and returning them to a safe environment,” according to a statement from the heads of the three agencies responsible for the process. “Of course, there remains a tremendous amount of hard work and similar obstacles facing our teams in reuniting the remaining families. The Trump administration does not approach this mission lightly.”

ACLU lawyers said regardless of the reunifications, the government missed the court-ordered deadline and they would be deciding how to address the noncompliance with the court.
“If in fact 57 children have been reunited because of the lawsuit, we could not be more happy for those families. But make no mistake about it: the government missed the deadline even for these 57 children,” attorney Lee Gelernt said.
The officials said 46 of the children were not eligible to be reunited with their parents; a dozen parents had already been deported and were being contacted by the administration. Nine were in custody of the U.S. Marshals Service for other offenses. One adult’s location was unknown, they said.

Of the deported parents, officials said they had chosen to leave their children behind. One deported father, however, told the Los Angeles Times earlier this week that he didn’t realize what he was doing when he signed the paperwork to leave his child behind. It wasn’t clear if he was one of the dozen; no names have been made public.
In 22 other cases, adults posed safety concerns, they said. Officials said 11 adults had serious criminal histories including child cruelty, murder or human smuggling. Seven were not determined to be a parent, one had a false birth certificate, one had allegedly abused the child. Another planned to house the child with an adult charged with sexually abusing a child.
“The seriousness of the crimes is the reason why we are not going to reunite them,” said Matthew Albence of Immigration and Customs Enforcement, of the 22 cases.
The 46 children will remain in the care of Health and Human Services, which will continue to seek to place them with a sponsor, such as other family members or even foster care, as it does for the more than 10,000 other minors who arrived in the U.S. without a relative. Children spend an average of 57 days in shelters before they’re placed with a sponsor. They are given access to medical care and counseling, as well as school.

At Least 2,300 Children of All Ages Separated

The zero-tolerance policy calls for the criminal prosecution of anyone caught crossing the border illegally. Because parents can’t take their children to jail, they were separated. The move caused an international uproar. At least 2,300 children were separated from about 2,200 adults until the executive order was signed. Federal officials have been scrambling to reunite the children under a tight, two-week deadline set by the judge.
Part of the issue, administration officials said, is that the systems weren’t set up to reunify parents with their children. Health and Human Services manages their care inside the U.S. Homeland Security has control over adults in immigration detention, and the Justice Department manages the immigration courts.
Earlier this week, government attorneys told Sabraw that the Trump administration would not meet the deadline for about 20 children under 5 because it needed more time to track down parents who have already been deported or released into the U.S.
Sabraw indicated more time would be allowed only in specific cases where the government showed good reasons for a delay.

The administration defended its screening, saying it discovered parents with serious criminal histories, five adults whose DNA tests showed they were not parents of the children they claimed to have, and one case of credible child abuse.
The government pays for DNA and screening fees, officials said.
The administration faces a second, bigger deadline — July 26 — to reunite more than 2,000 older children with their families. Immigration attorneys say they already are seeing barriers to those reunifications from a backlog in the processing of fingerprinting of parents to families unable to afford the airfare to fly the child to them — which could run as high as $1,000.

Related Topics:childrendeadlineimmigrationparentsreunitedzero tolerance
Up Next