Fed Up, He Takes on River West Trash With His Own Hands 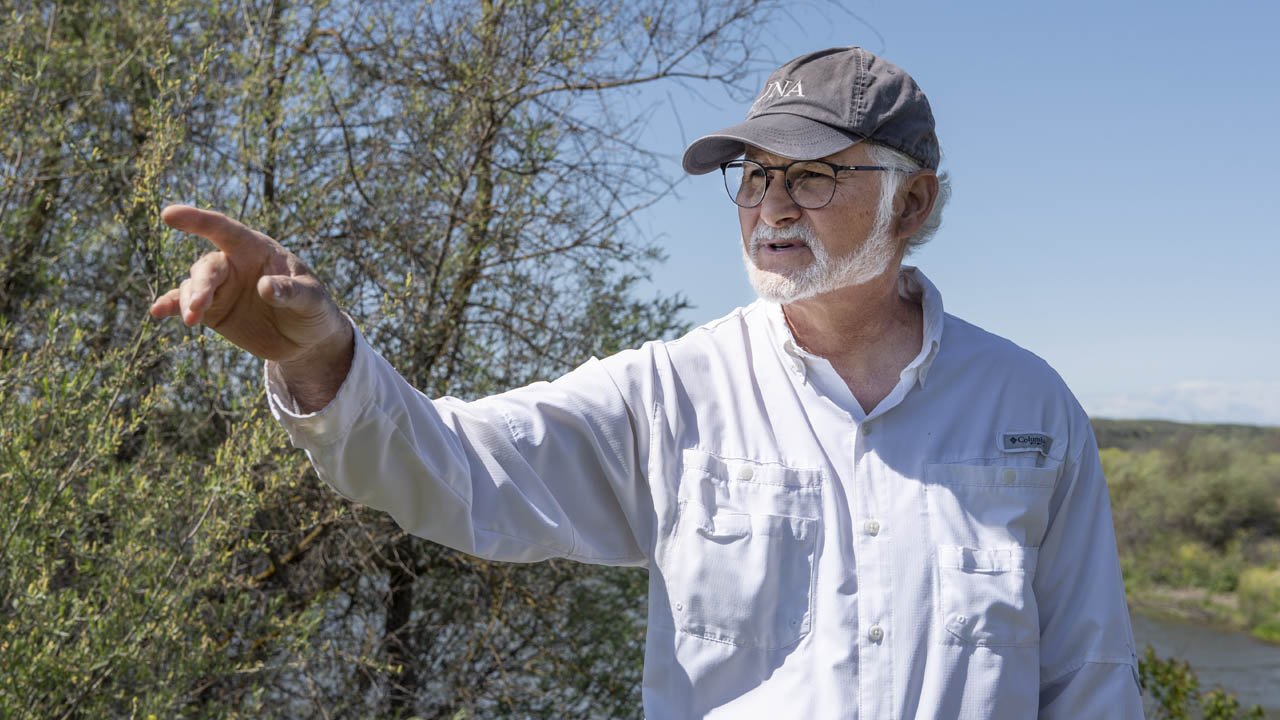 Sometimes there comes a point when even a patient person who has spent much of his life in government and understands how things work there can’t take the red tape and turf wars anymore.
That’s what happened to Tom Bohigian, the longtime state director for former U.S. Senator Barbara Boxer and a two-term Fresno City Council member.

Tired of hearing that there wasn’t sufficient funding to keep 500-acre River West clean and tidy, he decided eight months ago to assign the job to himself.
“I bought some garbage cans from Orchard Supply and cable locks and I placed two, now three, plastic containers,” Bohigian says. “Every week or so, I go down there and empty out the trash containers and put in new bags.”

Solutions Come in All Shapes and Sizes

Bohigian started his one-man crusade with three goals: reduce trash, protect wildlife and make a point to local leaders.
“Sometimes, we look at problems and we say, ‘oh no, it’s so expensive and so difficult.’ I don’t look at things that way,” he says. “Problems like this occur in lots and lots of places. But there are solutions. This is, at the least, a temporary solution. … It’s not like, how do we tear down the Berlin Wall?”
Not only does Bohigian tidy up the habitat along the San Joaquin River — ridding it of fast-food containers, discarded clothing, cigarette butts and fishing line — he hauls away the debris from the two cans at the pedestrian walk-in point on Bluff Avenue.

After a few rounds of the premises, Bohigian figured out the tools (picker) and supplies (hand sanitizer, trash bags, graffiti removal wipes) and spots around the river bottom where litter accumulates. The trash bags are thrown into the back of a small box trailer hitched to his Subaru and hauled to a bin behind the River Center on old Friant Road.
“I’m picking up trash that may not be in a container,” Bohigian says. “I do a loop and check things out to make sure everything’s in order.”

Bohigian, an unabashed environmentalist, knows River West like the back of his hand. I accompanied him to the river one afternoon. Bohigian identified birds, plants and trees. He explained the river bottom’s history — including the political fights. And he talked about a much better future for the river.
He might be Fresno’s best advocate for the San Joaquin River Parkway and getting more people to embrace the fact that great cities take special care of their rivers.
“My vision for the river is that we see the habitat restored and that we see access for regular folks,” he says. “We’re already seeing some of that. Salmon are now spawning in the river below Friant Dam, which is really important. … The river will never be what it was 75 years ago, but the river will be healthier and people will be enjoying it.” 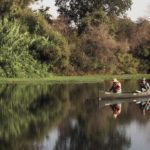 Canoeing and fishing are popular activities on the San Joaquin River.

Earlier this year, Bohigian saw a herd of deer running through Ledger Island, which is at a bend in the river in Madera County and covered with Valley Oaks. He has seen egrets, bald eagles, hawks and peregrine falcons (which can reach speeds up to 200 mph when diving).
“Once you’re down along the river, it’s a different world. … even though you can look up and see the buildings on Palm Avenue,” Bohigian says. “You see wildlife. It’s quieter, calmer.
“This is really close, and you see things that really lift your spirits. And I think that applies whether you’re an 8-year-old or whether you’re an 80-year-old.”


He Enjoys Taking Out the Trash

Strange as it sounds, Bohigian finds taking out the trash satisfying.
“A very grounding experience,” he says.
Down there, he is alone with his thoughts. He soaks up the vistas. And when he runs into curious people, he is part river bottom guide, part environmental evangelist.
Beyond all of those things, there is the satisfaction of a job well done.
“If we all do a little bit, it really adds up,” Bohigian says. “I’ve always believed that, and I think that’s the case here.
“What I find is, people are using those containers and there’s a lot less trash along the river.”
Not only does that make River West more pleasant for walkers, runners, anglers and everyone else, it makes things safer for wildlife.
“Birds can get tangled up in monofilament fishing line, they can eat things that look like food to them. And the thing is, it’s totally unnecessary. If the stuff is disposed of properly, we don’t have these problems.”