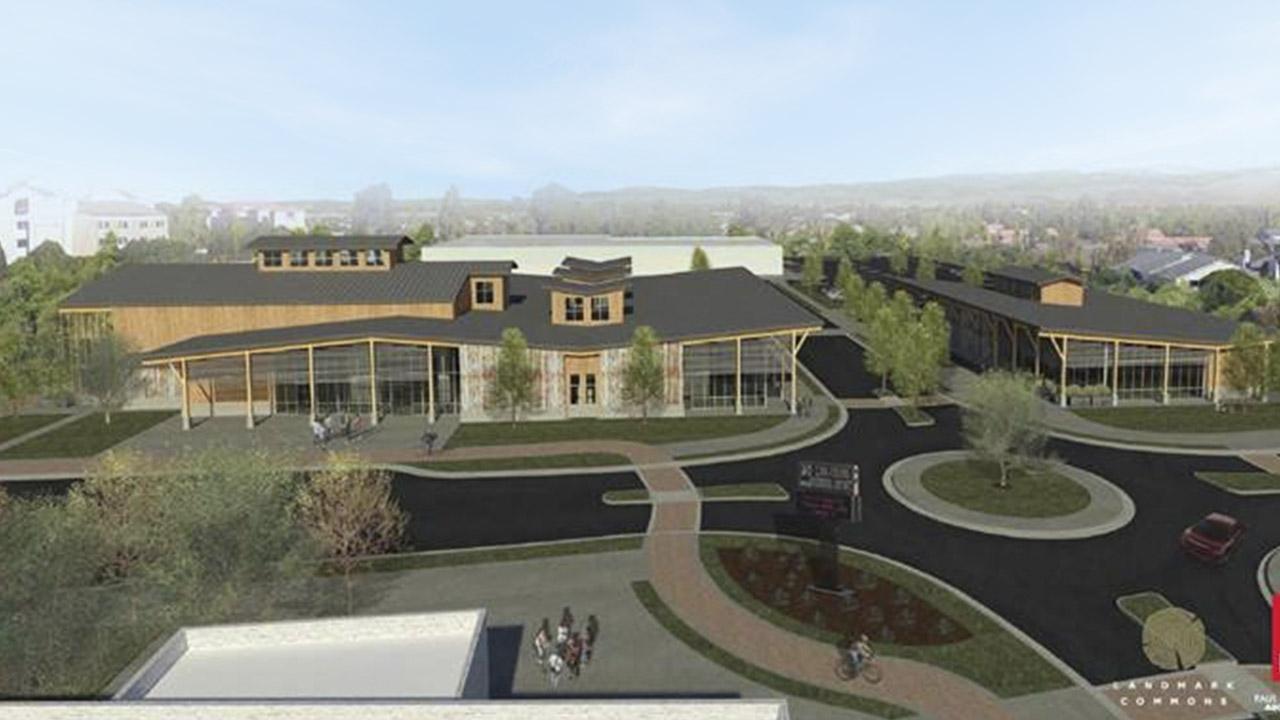 Plans for a bigger library and senior center in Clovis are advancing at a brisk clip.

The Clovis City Council is set to vote on the 63,000 square-foot Clovis Landmark Commons Civic Center North Project on Monday night (July 9).
The current senior center and library would move into the massive space on the northeast corner of Clovis Avenue and Third Street. The area would also host a bus transit center and office space.
The library, which is now a few blocks away on Fifth Street, would expand from 8,600 square feet to 30,000 square feet. The current library would convert to city office space.
The senior center would move one block from its 850 Fourth St. location and more than double to 25,000 square feet. San Joaquin College of Law has purchased the senior center space for future use.
Technically, the council will vote on the environmental impact report. A vote on the site plan will come later this summer. Construction could begin later this year and be completed by early 2020.

Ashjian Appointed to Cannabis Board

Sabrina Ashjian
A Fresno attorney is about to become one of five members of the Cannabis Control Appeals Panel.
Earlier this week, Gov. Jerry Brown appointed Sabrina Ashjian to the board, which will hear appeals regarding denial of a cannabis license, penalties and other matters.
Ashjian is a deputy district attorney in Fresno County in the Consumer Fraud and Environmental Protection unit. She is leaving the office next week. The new job will be a pay bump for her.
State officials say the full-time job, with meetings in Sacramento, pays $147,778 a year. The state Senate needs to approve the nomination. Ashjian plans to remain in Fresno.
“I have spent my career in public service and I am excited for this new opportunity to serve on the state level,” Ashjian said. “This is a newly created position and I am ready to do the work to ensure these decisions are properly analyzed as I believe we are all in the process of shaping the future of this industry in California.”
Because laws legalizing marijuana are new, it is unclear how many cases the appeals board will hear, much less what the workload will be.
Ashjian is taking a wait-and-see approach before returning to law —and pursuing her ambition of holding public office.
She took paperwork out to run for Fresno County judge before withdrawing. And she previously expressed interest in the Fresno County Supervisor seat held by Andreas Borgeas if it became vacant. Borgeas is running for state Senate and would vacate his supervisorial seat mid-term if elected.
Regarding marijuana policy, Ashjian voted in favor of 2016’s Proposition 64 that legalized recreational marijuana in California. She also supports Fresno’s efforts to regulate the sales industry within the city.
“I think reasonable regulation will prevent the emergence of a black market but that will be for the Legislature as well as state and local governments to develop,” she said.
By the way, despite the same last name, she has no relation to Fresno Unified school board member Brooke Ashjian.

The recount in the Fresno City Council District 3 race starts Monday morning, according to information posted at the county clerk’s office.
Miguel Arias won a plurality in that race with 29% of the vote. As of now, he will face Tate Hill (15.27% or 768 votes) in the November runoff.
Third-place candidate Daren Miller, who finished six votes behind Hill, requested the recount. He must place a $7,924 deposit before the recount starts. A majority of that cost is for preparation and pulling the proper votes.
Miller’s recount request includes the precinct votes, ballots rejected because of non-matching signatures, and 15 vote-by-mail ballots rejected because of no signature.
The clerk’s office provided no estimate on how long it will take to fulfill Miller’s request. The recount starts 9 a.m. at the election warehouse on 4525 E. Hamilton Ave. in Fresno.

Fresno Mosquitoes Carry Deadly Viruses. How To Protect Yourself.