Putin, Trump Will Hold Summit in Helsinki on July 16 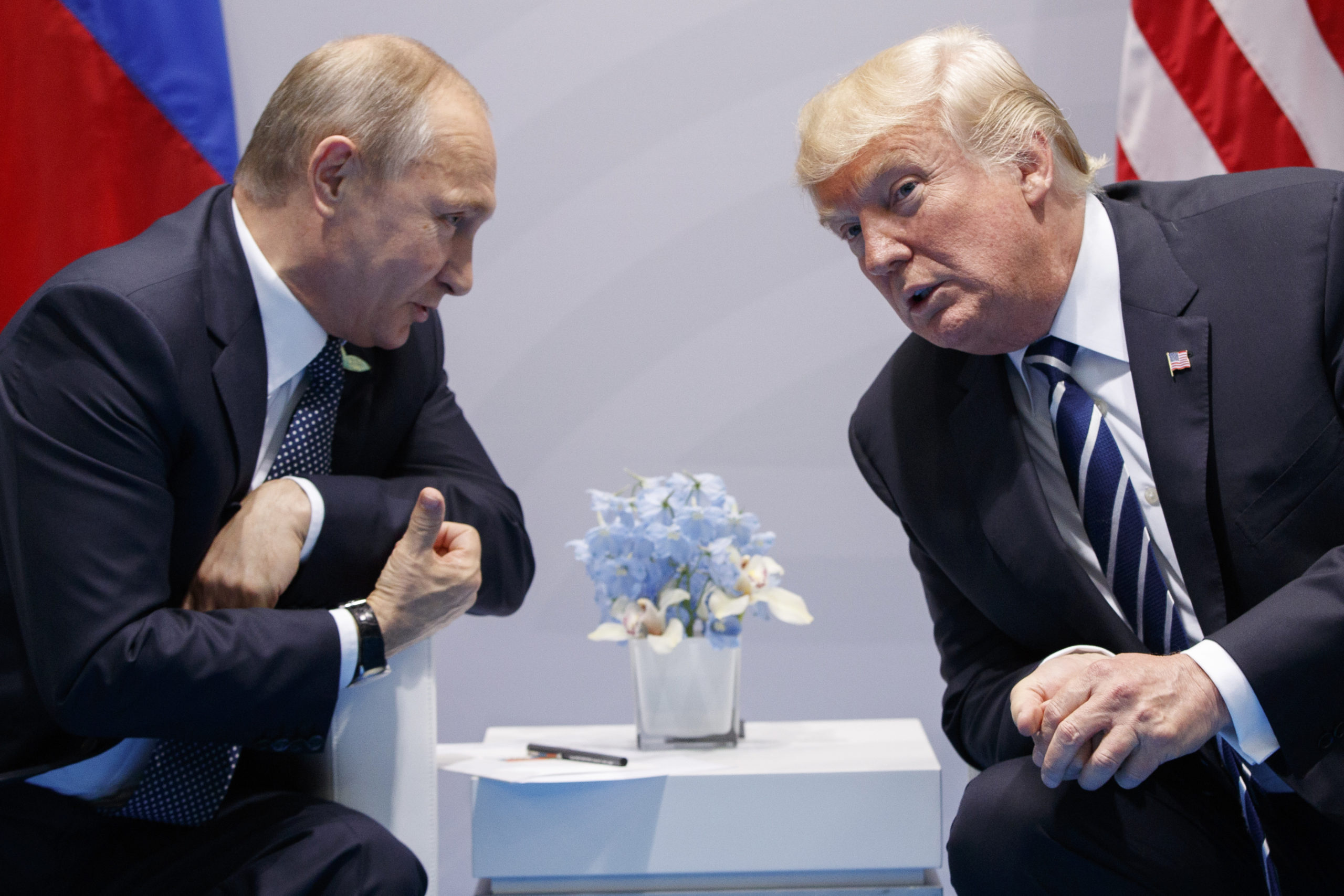 MOSCOW — Russian President Vladimir Putin and U.S. President Donald Trump will hold a summit in Helsinki on July 16, a long-expected encounter that comes amid spiraling tensions between Moscow and Washington.
A terse synchronized statement issued by the Kremlin and the White House said Putin and Trump will discuss bilateral issues and international relations. The announcement comes a day after Trump’s National Security Adviser John Bolton held talks with Putin in Moscow to lay the groundwork for the summit.
“I’ve said it from Day One, getting along with Russia and with China and with everybody is a very good thing,” Trump said Wednesday. “It’s good for the world. It’s good for us. It’s good for everybody.”

Presidents Will Discuss Syria and Ukraine

He said they would discuss Syria, Ukraine and “many other subjects.”
Finland has been a favored location for U.S.-Russian summits since the Cold war times, a role helped by its efforts to maintain neutral friendly ties with its huge eastern neighbor.
The summit will offer Putin a chance to try to persuade Washington to lift some of the sanctions imposed on Russia over its 2014 annexation of Crimea, its support for separatists fighting the government in eastern Ukraine and its alleged meddling in the 2016 U.S. presidential election.
During Wednesday’s meeting with Bolton, Putin argued that U.S.-Russian relations were at a low point because of American political infighting and expressed a desire to “restore full-fledged relations based on equality and mutual respect.”
Putin had two brief meetings with Trump on the sidelines of international summits last year, but plans for a full-fledged summit had been delayed amid the FBI and Congressional probes into alleged Russia-Trump ties that Trump has dismissed as a “witch hunt.”

Russian officials and lawmakers warned against excessive optimism about the summit — a cautious stance reflecting Moscow’s failed expectations for rebuilding ties after Trump’s victory.
Trump has called for improving relations with Moscow, but his administration has imposed an array of new anti-Russia sanctions.
During Thursday’s briefing, Russian Foreign Ministry spokesman Maria Zakharova warned against waiting for any quick breakthroughs resulting from the summit, noting that Moscow has “pragmatic and realistic” expectations for the meeting given the scope of issues to be addressed.
She said Russian Foreign Minister Sergey Lavrov and U.S. Secretary of State Mike Pompeo could meet as part of efforts to prepare for the summit.

Ahead of the announcement, Trump repeated Russian denials of election interference, tweeting “Russia continues to say they had nothing to do with Meddling in our Election!”
Trump has continually parroted the Kremlin’s denial of election interference, a move that has put him out of step with the findings of the U.S. intelligence community and nearly all Democrats and Republicans in Congress, who say there’s clear evidence of Russian efforts to influence the 2016 U.S. presidential campaign.
Putin’s foreign affairs adviser, Yuri Ushakov, said after Putin’s meeting with Bolton that the issue of alleged Russian meddling in the U.S. presidential election was raised in the meeting and the Kremlin reiterated its denial of any interference with the U.S. vote.
“It was stated clearly by our side that the Russian state hasn’t interfered with the U.S. domestic politics, moreover hasn’t interfered in the 2016 election,” Ushakov said.

NATO Secretary-General Jens Stoltenberg welcomed the U.S.-Russian summit, saying that “for me, dialogue is not a sign of weakness. Dialogue is a sign of strength.”
“It’s absolutely, totally in line with NATO policies to talk to Russia, to meet with Russian leaders. We don’t want a new Cold War. We don’t want to isolate Russia. We want to strive for a better relationship,” Stoltenberg said.
Finland served as a venue for a 1975 meeting between U.S. President Gerald Ford and Soviet leader Leonid Brezhnev and also hosted a summit between U.S. President George H.W. Bush and Soviet President Mikhail Gorbachev in 1990. In 1997, President Bill Clinton met his Russian counterpart Boris Yeltsin in Helsinki.
Former Soviet President Mikhail Gorbachev said Helsinki summit could go down in history as a major landmark if Putin and Trump make steps toward cooperation. Russian lawmakers were also positive about the meeting.
“The decision on holding a full-fledged summit is a very positive development,” Russian upper house speaker Valentina Matvienko said Thursday in remarks carried by Russian news agencies. “We hope it will play a very important role in helping begin the normalization of Russia-U.S. ties.”