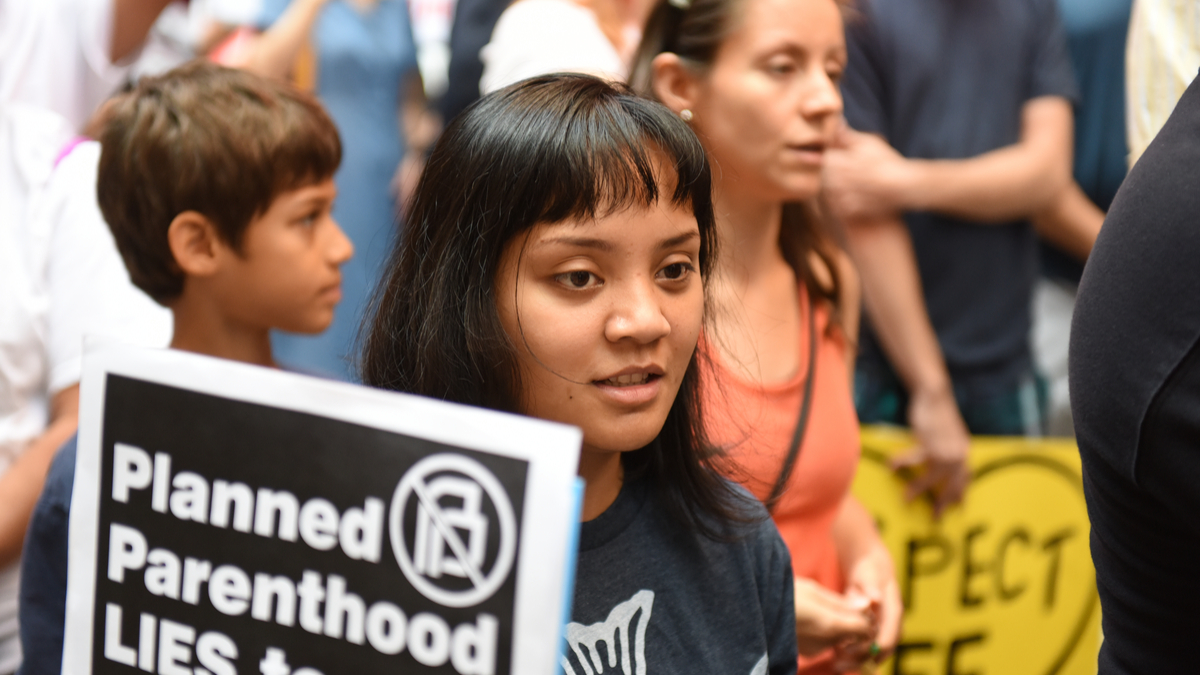 WASHINGTON — The Supreme Court effectively put an end Tuesday to a California law that forces anti-abortion crisis pregnancy centers to provide information about abortion.
The 5-4 ruling also casts doubts on similar laws in Hawaii and Illinois.


“California cannot co-opt the licensed facilities to deliver its message for it.” — Justice Clarence Thomas
The California law took effect in 2016. It requires centers that are licensed by the state to tell clients about the availability of contraception, abortion and pre-natal care, at little or no cost. Centers that are unlicensed were required to post a sign that said so. The court struck down that portion of the law.
The centers said they were singled out and forced to deliver a message with which they disagreed. California said the law was needed to let poor women know all their options.

Justice Clarence Thomas in his majority opinion said the centers “are likely to succeed” in their constitutional challenge to the portion of the law involving licensed centers. That means that while the law is currently in effect, its challengers can go back to court to get an order halting its enforcement.
“California cannot co-opt the licensed facilities to deliver its message for it,” Thomas wrote for himself and his conservative colleagues, Chief Justice John Roberts and Justices Anthony Kennedy, Samuel Alito and Neil Gorsuch. He called the requirement for unlicensed centers “unjustified and unduly burdensome.”
Justice Stephen Breyer said among the reasons the law should be upheld is that the high court has previously upheld state laws requiring doctors to tell women seeking abortions about adoption services. “After all, the law must be evenhanded,” Breyer said in a dissenting opinion joined by his liberal colleagues, Justices Ruth Bader Ginsburg, Sonia Sotomayor and Elena Kagan.

Fresno Assemblyman and Others Applaud Decision

“This is a huge victory for freedom, liberty and for the Constitution,” said Assemblyman Jim Patterson, a Fresno Republican, in a statement.
“The ruling party continues to force speech and dogma on people they disagree with. I’ve warned them repeatedly on the floor and finally they’ve been slapped down. There are going to be many more decisions like this if the one-party, dictatorial rulers of this state continue to force government speech on people to shut us up.”
Attorney General Jeff Sessions and anti-abortion groups also were among those cheering the decision. “Speakers should not be forced by their government to promote a message with which they disagree, and pro-life pregnancy centers in California should not be forced to advertise abortion and undermine the very reason they exist,” Sessions said in a statement.

The abortion-rights group NARAL Pro-Choice California was a prime sponsor of the California law. NARAL contends that the centers mislead women about their options and tried to pressure them to forgo abortion. Estimates of the number of crisis pregnancy centers in the U.S. run from 2,500 to more than 4,000, compared with fewer than 1,500 abortion providers, women’s rights groups said in a Supreme Court filing.
California’s law was challenged by the National Institute of Family and Life Advocates, an organization with ties to 1,500 pregnancy centers nationwide and 140 in California.
In another lawsuit over regulating crisis pregnancy centers, a federal appeals court in New York struck down parts of a New York City ordinance, although it upheld the requirement for unlicensed centers to say that they lack a license.
Other states have laws that regulate doctors’ speech in the abortion context. In Louisiana, Texas and Wisconsin, doctors must display a sonogram and describe the fetus to most pregnant women considering an abortion, according to the Guttmacher Institute, which supports abortion rights. Similar laws have been blocked in Kentucky, North Carolina and Oklahoma.
Doctors’ speech has also been an issue in non-abortion cases. A federal appeals court struck down parts of a 2011 Florida law that sought to prohibit doctors from talking about gun safety with their patients. Under the law, doctors faced fines and the possible loss of their medical licenses for discussing guns with patients.

How Big Was Your Last Raise? Gov. Brown Gets 3% Pay Bump.