Trump Says He'll Be 'Signing Something' on Detained Children 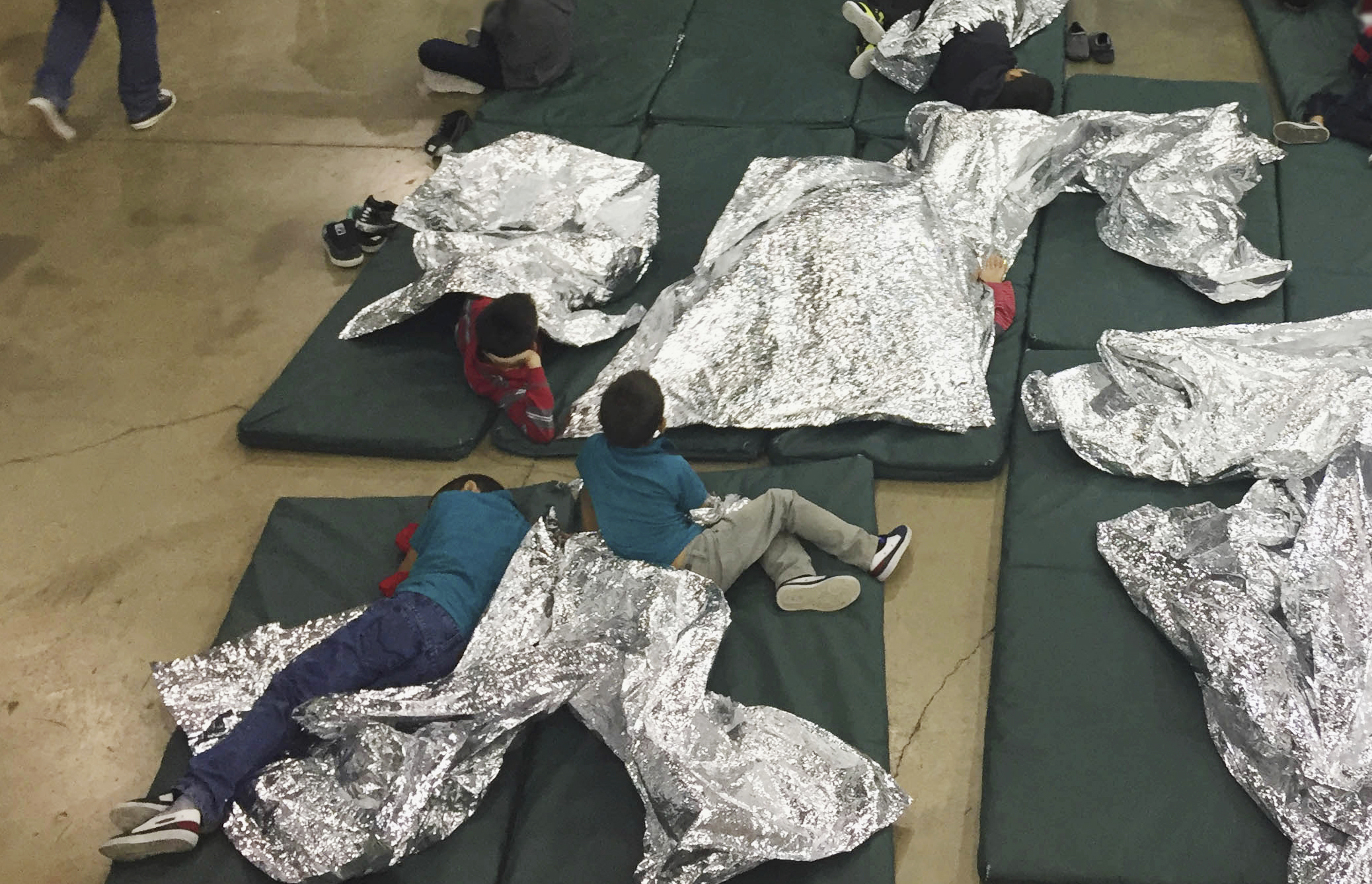 WASHINGTON — Homeland Security Secretary Kirstjen Nielsen has drafted an executive action for President Donald Trump that would direct her department to keep families together after they are detained crossing the border illegally. She was at the White House where Trump told reporters he would be “signing something” shortly.
The effort to end what has become a major crisis for the Trump administration was outlined by two people familiar with Nielsen’s thinking who spoke on condition of anonymity to discuss the effort before its official announcement.
It’s unclear exactly what the president might be supporting, but he said he would be signing something “in a little while.”
“We want to keep families together,” he said.

The effort would mark a dramatic departure for an administration that has been insisting, wrongly, that it has no choice but to separate families apprehended at the border because of the law and a court decision.
Nielsen, the president and other officials have repeatedly said the only way to end the practice is for Congress to pass new legislation, though both Democrats and some Republicans have said the president could reverse it with a simple phone call.
The news in recent days has been dominated by searing images of children held in cages at border facilities, as well as audio recordings of young children crying for their parents.
One of the people familiar with Nielsen’s thinking said she believes there is no certainty that Congress will act to fix the separation issue.
Asked about the possibility of an executive order on immigration, White House spokeswoman Sarah Huckabee Sanders told reporters: “We’ll keep you posted. When we have an announcement to make, we’ll make it.”

Trump’s Tweets He’s ‘Working on Something’

Trump had tweeted earlier Wednesday that he was “working on something.”
“It’s the Democrats fault, they won’t give us the votes needed to pass good immigration legislation. They want open borders, which breeds horrible crime. Republicans want security. But I am working on something – it never ends!” he wrote.
Homeland Security officials did not immediately respond to requests for comment.
The administration recently put into place a “zero tolerance” policy in which all unlawful border crossings are referred for prosecution — a process that moves adults to the custody of the U.S. Marshals Service and sends many children to facilities run by the Department of Health and Human Services.

Under the Obama administration, such families were usually referred for civil deportation proceedings, not requiring separation.
The policy had led to a spike in family separations in recent weeks, with more than 2,300 minors were separated from their families at the border from May 5 through June 9, according to the Department of Homeland Security.
Nielsen’s action wouldn’t end the zero-tolerance policy, but would aim to keep families together and ask the Department of Defense to help house the detained families.
Nielsen is working with the other agencies, including the Justice Department, Health and Human Services and the law enforcement agencies within Homeland Security on the proposed changes.
The aim is to legally work around a settlement that prevents the detention of families together for more than 20 days, or defy the order and force it back into court to argue for changes to settlement.
The settlement of a class-action lawsuit set policies for the treatment and release of unaccompanied children who are caught at the border. The Flores settlement, named for a teenage girl who brought the case in the 1980s, requires the government to release children from custody and to their parents, adult relatives or other caretakers, in order of preference.
If those options are exhausted, authorities must find the “least restrictive” setting for the child who arrived without parents.
In 2015, a federal judge in Los Angeles expanded the terms of the settlement, ruling that it applies to children who are caught with their parents as well as to those who come to the U.S. alone. Other recent rulings, upheld on appeal, affirm the children’s rights to a bond hearing and require better conditions at the Border Patrol’s short-term holding facilities.
In 2016, the Ninth U.S. Circuit Court of Appeals ruled that child migrant who came to the border with parents and were held in custody must be released. The decision did not state parents must be released. Neither, though, did it require parents to be kept in detention, apart from their children.

Trump Ally on Girl With Down Syndrome: 'Wah Wah'