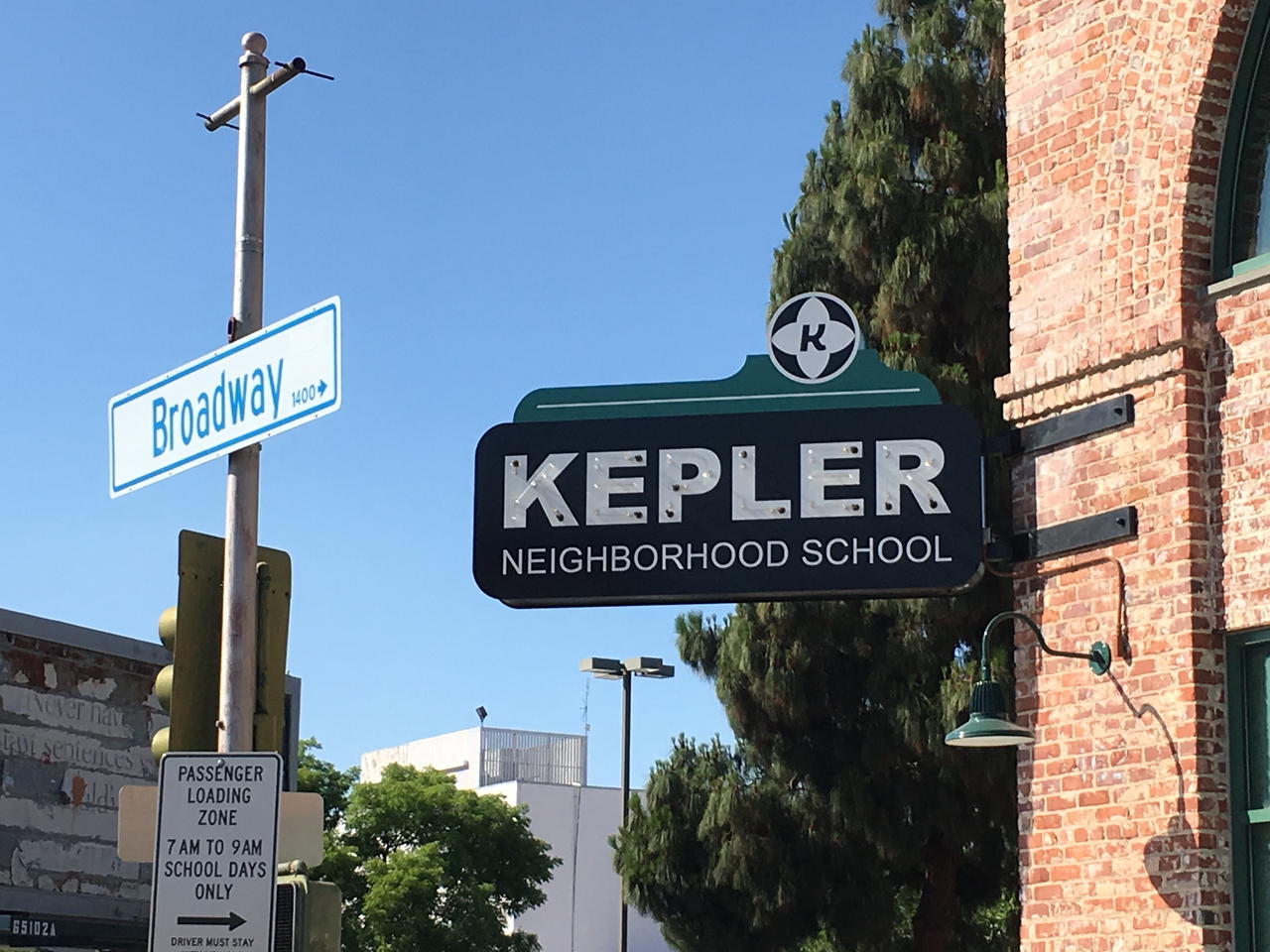 In a reversal of fortune, it appears that Kepler Neighborhood School in downtown Fresno will live to teach another day.

Meanwhile, things aren’t looking good for One & Only Academy proposed within Clovis Unified’s boundaries.
Fresno County Board of Education trustees will officially decide the fate of the two charter schools Thursday. And their decisions will come after hearing from a charter petition review committee.
The committee that the board approve Kepler and reject One & Only.
Charter schools are approved at the school district level, usually for five-year periods. Fresno Unified denied Kepler’s application for renewal last month. Clovis Unified denied One & Only Academy’s application to launch its school in March.

The committee found that One & Only Academy fails criteria in several areas, including the likelihood of implementing its educational program.
The school plans to use modular buildings on a plot of land on Locan Avenue, south of Shields Avenue. The land is the site of a future Sikh temple. The committee expressed doubts that needed land approvals and functioning educational buildings would be ready by the fall.
Other problems cited included food service, student recruitment, realistic teacher salaries and a lack of credentialed teachers.
“While we disagree with their recommendation and believe that the charter meets all legal requirements for approval, we take their concerns seriously as we wish to partner with the county for the educational success of all students,” lead petitioner Harmit Juneja told GV Wire in an email.
Juneja hopes the county school board considers an alternate plan, using the 2018-19 school year as a planning year, with operations commencing the following year.
“We believe a planning year for 2018-2019 will address each of the concerns raised in the staff report and allow successful launch for 2019-2020,” Juneja said.
It may be too late for the next level of appeal to the State Board of Education. That agency asks for three months to review any petition. The state board meets three more times during the year— July 11-12, September 6-7 and November 8-9. 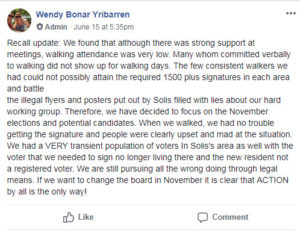 A comment on the Central United Facebook page indicates the effort to recall two Central Unified trustees will not happen.
A parents group, upset over the board’s Feb. 27 decision to fire Superintendent Mark Sutton, vowed to recall those involved and vote others out in November. After a signature-gathering effort did not go as plan, the group will concentrate on the latter.
The recall targeted Richard Solis and Phillip Cervantes, whose terms don’t expire until 2020. Solis was part of the 4-3 vote to dismiss Sutton. Although Cervantes voted against the Sutton termination, Sutton supporters felt his vote did not reflect the trustee’s true views.
“We found that although there was strong support at meetings, walking attendance was very low. Many whom committed verbally to walking did not show up for walking days. The few consistent walkers we had could not possibly attain the required 1,500-plus signatures in each area,” Wendy Yribarren wrote in the Central United group.
“We have decided to focus on the November elections and potential candidates,” she continued.
The school board is on the verge of hiring a replacement for Sutton. Board president Cesar Granda said his goal is to make hiring by the July 10 trustee meeting.
Signatures (approximately 1,500) to recall Solis are due to the Fresno County Clerk today (June 19); July 19 for Cervantes.

Last week, the Fresno City Council approved placing a cannabis business license tax on the November ballot.
The city received help in crafting the policy from a hired consultant, HdL Companies of Diamond Bar. City Manager Wilma Quan-Schecter entered into the contract on behalf of the city, $49,000 for work from January through Nov. 6 (Election Day).
Because the amount was under the $50,000 threshold, it did not require city council approval.

Who Won: Driver With Pole or Motorist With Machete?