Americans Own 46% of World's Civilian Guns 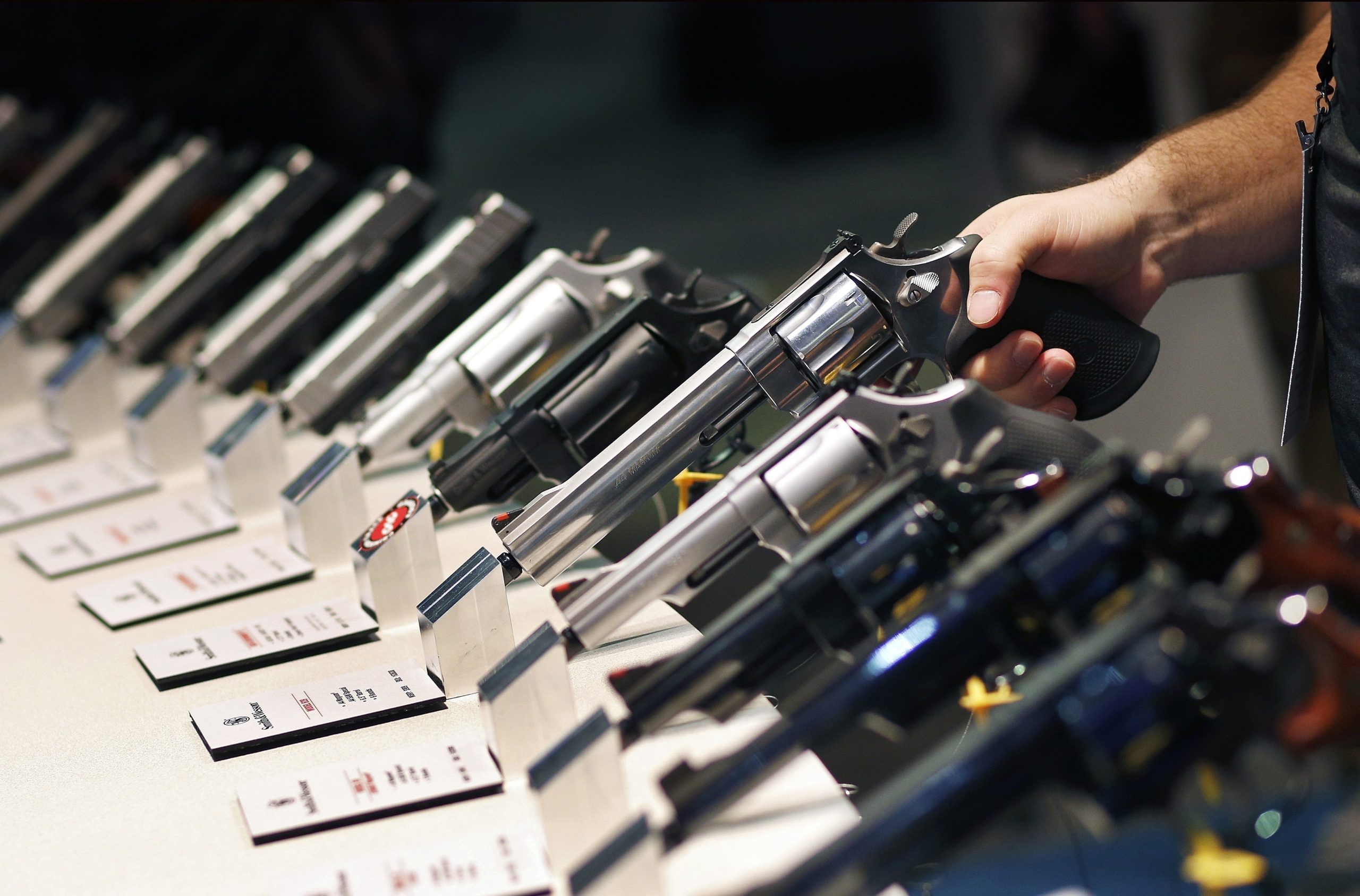 There are over 1 billion firearms in the world today, including 857 million in civilian hands — with American men and women the dominant owners, according to a study released Monday.
The Small Arms Survey says 393 million of the civilian-held firearms, 46 percent, are in the United States, which is “more than those held by civilians in the other top 25 countries combined.”
“The key to the United States, of course, is its unique gun culture,” the report’s author, Aaron Karp, said at a news conference. “American civilians buy an average of 14 million new firearms every year, and that means the United States is an overwhelming presence on civilian markets.”
The report said the numbers include legal and illegal firearms in civilian hands, ranging from improvised craft weapons to factory-made handguns, rifles, shotguns and, in some countries, even machine guns.

The estimate of over 1 billion firearms worldwide at the end of 2017 also includes 133 million such weapons held by government military forces and 22.7 million by law enforcement agencies, it said.
Karp said the new global estimate is significantly higher than the 875 million firearms estimated in the last survey in 2007, and the 650 million civilian-held firearms at that time — mostly due to increasing civilian ownership.
While the United States was dominant in civilian ownership in 2007 and 2017, the report said the U.S. is only fifth today in military firearms holdings, behind Russia, China, North Korea and Ukraine. It is also fifth in law enforcement holdings, behind Russia, China, India and Egypt.


“American civilians buy an average of 14 million new firearms every year, and that means the United States is an overwhelming presence on civilian markets.” —  report author Aaron Karp
The Small Arms Survey released its study to coincide with the third U.N. conference to assess progress on implementing a 2001 program known as Prevent, Combat and Eradicate the Illicit Trade in Small Arms, which includes marking weapons so they can be traced. The conference opened Monday and ends June 29.

Small Arms Survey director Eric Berman stressed that the Geneva-based research and policy institute isn’t an advocacy organization.
“We don’t advocate disarmament. We are not against guns,” he said. “What we want to do, and what we have done successfully for the last 19 years, is to be able to provide authoritative information and analysis for governments so that they can work to address illicit proliferation and reduce it — and to reduce also the incidents of armed violence.”
Karp, a lecturer at Old Dominion University in Virginia, said that since the 2007 report, “we have a much more accurate picture of the distribution of firearms around the world than we’ve ever had before.”
He said information, including on civilian ownership from 133 countries, has enabled the Small Arms Survey to publish figures on 230 countries and autonomous territories. But he cautioned that every country’s figures include “some degree of estimation.”
According to the report, the countries with the largest estimated number of civilian-held legal and illegal firearms at the end of 2017 were the United States with 393.3 million, India with 71.1 million, China with 49.7 million, Pakistan with 43.9 million and Russia with 17.6 million.
But Karp said the more important number is the estimated rate of civilian firearms holdings per 100 residents — and in that table India, China and Russia rank much lower than the U.S. and outside the top 25 while Pakistan ranks 20th.

Americans Own 121 Firearms Per 100 Residents

At the top of that ranking are Americans, who own 121 firearms for every 100 residents. They are followed by Yemenis at 53, Montenegro and Serbia with 39, Canada and Uruguay about 35, and Finland, Lebanon and Iceland around 32.
Karp said the Small Arms Survey doesn’t have year-by-year data but countries whose ownership appears to have gone down relative to 2007 include Finland, Iraq, Sweden and Switzerland, though he cautioned this could be due to better data. He said ownership rates in Canada and Iceland are “clearly up” while the rates in Cyprus, Yemen, Serbia and the United States remained relatively stable.
Anna Alvazzi del Frate, the institute’s program director, said that “the countries with the highest level of firearm violence — they don’t rank high in terms of ownership per person.”
“So what we see is that there is no direct correlation at the global level between firearm ownership and violence,” she said.
But “the correlation exists with firearm suicides, and it is so strong that it can be used, at least in Western countries, as a proxy for measurement,” Alvazzi del Frate said.

Letter to the Editor: Young People Should Run for Office