Trump Backs Out of Iran Nuclear Deal. What's Next? 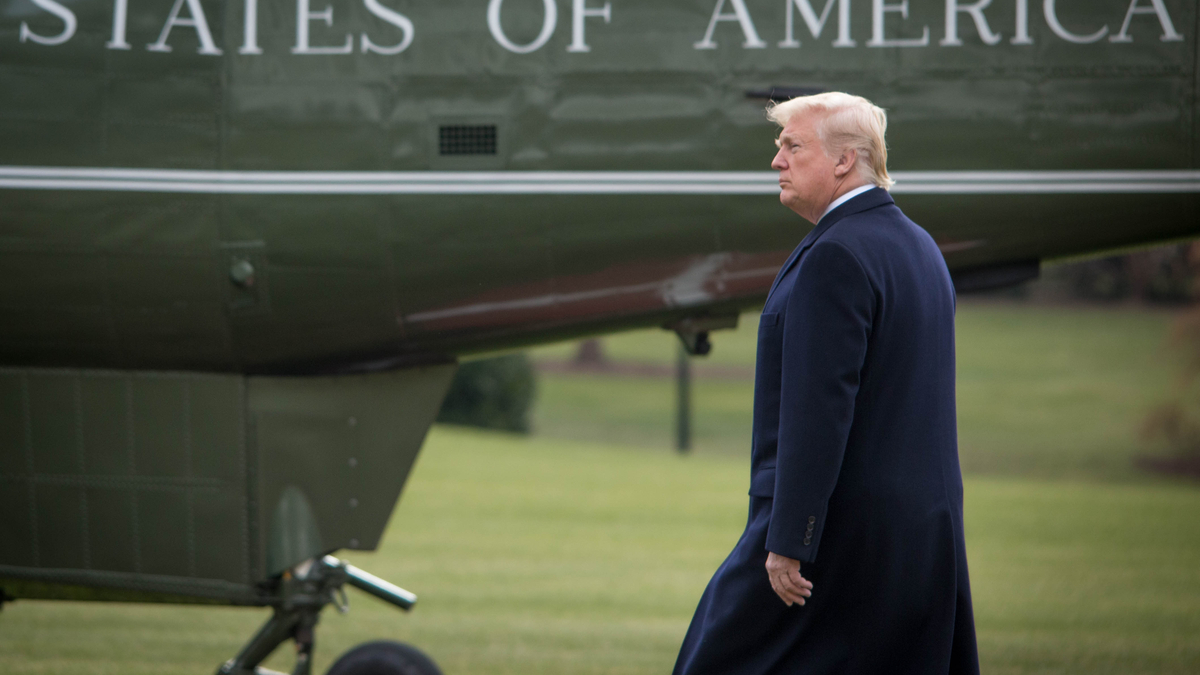 Thanks to Donald Trump, the hard-won deal that set up a process to end Iran’s nuclear weapons programme is on its deathbed. After weeks of entreaties and visits from his counterparts in the other states that signed the accord, Trump has announced that the US will be withdrawing from it and reimposing the sanctions the deal lifted. That makes it hard to see how the deal will survive.
Given Trump has spent years referring to this as “the worst deal ever,” perhaps his decision to back out is less than surprising — but that doesn’t mean it isn’t shocking. To be sure, there are real problems with the deal. Struck in 2015 between Iran and the P5+1 powers — the US, the UK, Russia, China, France, and Germany — it fails to address longer-term concerns about the nuclear programme (the Iranian government is renowned for playing a long game) and does not limit the country’s ballistic missile capability. Perhaps the biggest criticism, though, concerns Iran’s behaviour in the Middle East, which has not been curtailed.
As the British foreign secretary, Boris Johnson, recently said on Fox & Friends, a right-wing talk show Trump is known to watch: “Look, Iran is behaving badly, has a tendency to develop intercontinental ballistic missiles. We’ve got to stop that. We’ve got to push back on what Iran is doing in the region. We’ve got to be tougher.” But Johnson also urged the US not to “throw the baby out with the bathwater”.
It seems that plea, and those of other world leaders, fell on deaf ears. So what does it all mean? First, Trump’s decision to effectively scrap deal plays into the hands of Saudi Arabia and Israel. It will also inflame already livid tensions across the Middle East, pouring fuel onto the fires of conflict from Syria to Iraq, Lebanon, Yemen, and beyond.

In recent years, belligerents in the Middle East’s various conflicts have generally fallen into two separate camps. On the one hand is a pro-Iranian camp that is comprised of the Syrian government, the Iraqi government, Hezbollah and a range of non-state actors; on the other is an anti-Iranian camp, comprised primarily of Saudi Arabia, Israel, Egypt, Bahrain and the UAE. Both camps are seizing opportunities to recalibrate the regional order, and as they try to set and push boundaries in their favour, they raise the chances of error, miscalculation and catastrophe.
But while Iranian-Saudi rivalry has played a central role in shaping the nature of the contemporary Middle East, so have Iran’s rivalries with two other powers: Israel — with whom Saudi Arabia is seeking a rapprochement of sorts — and the US.
Debate about the nuclear deal is as much about these different camps as it is about the deal itself. Washington, Riyadh and Jerusalem have long been concerned about the development of an Iranian nuclear weapon, yet the more short-term concern is about Tehran’s behaviour across Syria, Bahrain, Iraq and Lebanon, where it capitalises on schisms within and across state borders. Iran has long demonstrated an excellent ability to exploit and manipulate such divisions. To see that ability in action, one only has to look at events in Iraq, Lebanon and Syria – leaving aside allegations of nefarious involvement in Bahrain, where it’s accused of backing anti-government groups, and Yemen, where Saudi Arabia is waging a massive military campaign against forces it claims are Iranian proxies.
Few want to see Iran further indulge what one US official called its “propensity for mischief”, and escalating tensions across already deeply divided societies risk adding to the already catastrophic loss of human life. So long as Iran feels emboldened or mandated to act up, the nightmarish conflicts in Syria and Yemen will be even more difficult to resolve.
But perhaps the biggest concern in all this is the Israeli response.

Keeping the Lid On

Iran has sought to ameliorate its strategic concerns by pushing forward geopolitically, away from its sovereign borders. Getting influence over territory is a key strategic goal. But in doing this, Iran is directly inserting itself into Israeli security calculations.
Ever since the revolution of 1979, Israel has long viewed the Islamic Republic of Iran with great trepidation. As concerns about Iranian nuclear aspirations increased, so too did the rhetoric from Israeli leaders condemning Tehran’s actions. No one who has heard it will forget the March 2012 speech where Benjamin Netanyahu said: “If it walks like a duck, if it talks like a duck, then what is it? That’s right, it’s a duck. But this is a nuclear duck.” More recently, Israel produced a dossier that sought to demonstrate that Iran had lied during the negotiations that produced the deal.
In addition, Israel has a precedent of striking against what it perceives to be a serious threat to its survival. Take the strike on Iraq’s Osirak reactor in 1981, or the strike against a suspected Syrian nuclear facility in 2007. If the deal collapses and Iran restarts its nuclear programme, then similar unannounced attacks on suspected nuclear sites are a strong possibility.
So where do things stand as of now? If the deal breaks down in full, tensions across the Middle East could escalate to a dangerous level, as players on all sides rush to recalibrate their positions. The various fronts in Syria will only become more deadly as Iran doubles down to preserve its influence over territory there — a corridor of control that has been called a “land bridge to the Mediterranean”, and by extension, to Israel.

Ultimately, Trump has missed the point of his counterparts’ pleas to keep the deal in place. This isn’t about whether or not Iran has leeway to build a nuclear weapon; it’s about keeping tensions across the Middle East in check, and preventing a catastrophic new war. Diplomats the world over are in for some sleepless nights.
Simon Mabon, Lecturer in International Relations, Lancaster University
This article was originally published on The Conversation. Read the original article.