What Happens to Parks Tax if it Competes with Public Safety? 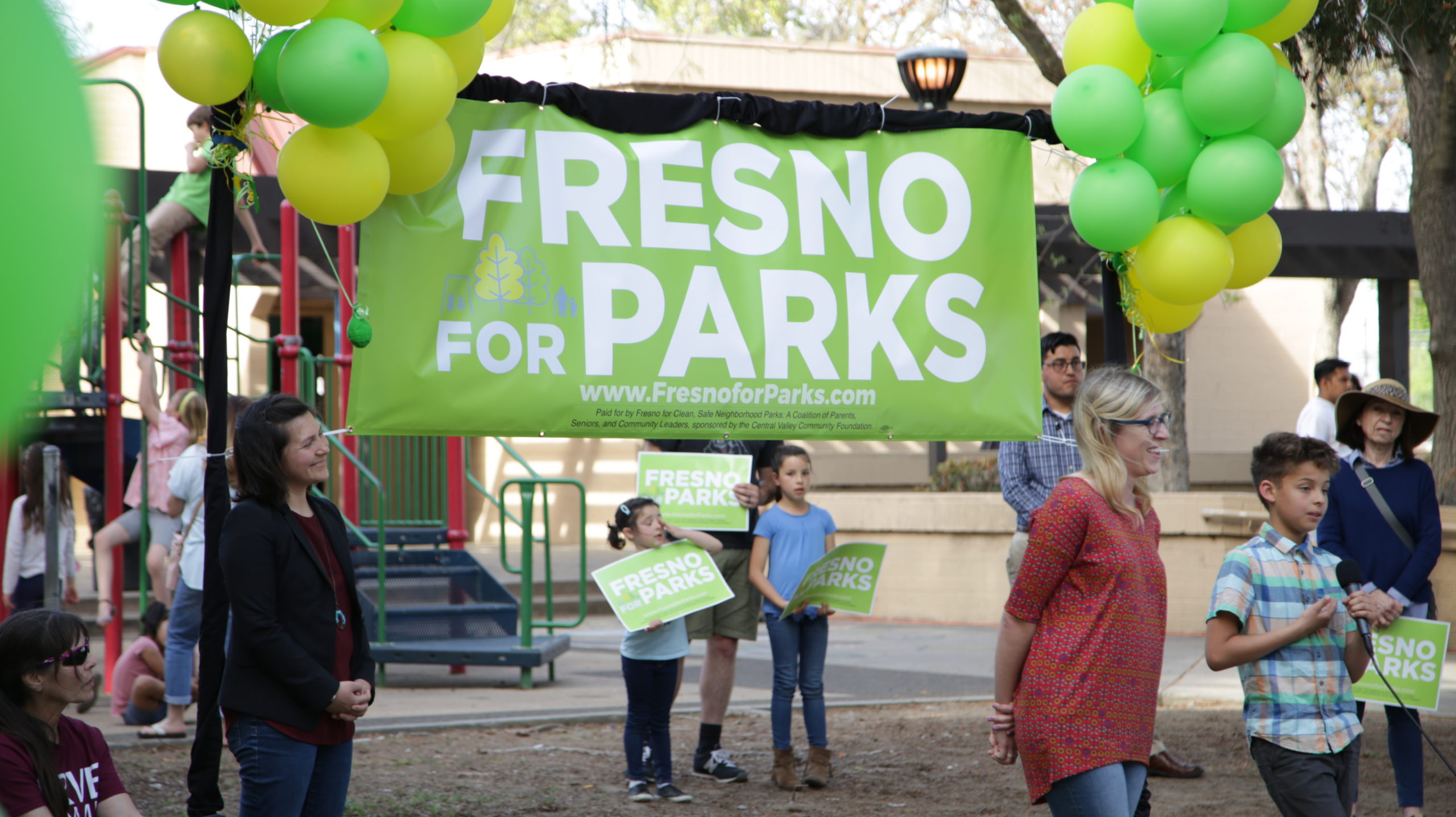 Nearly 100 people attended an informational meeting organized by Fresno for Parks. The group wants to add 3/8 of a percent to the sales tax rate to go to parks, arts and job training programs in the city.

But the Fresno Police Officers’ Association is also considering a quarter-cent tax for the November ballot.

“We are not looking to make this a choice for voters. If they are successful on getting on the ballot, we will evaluate whether we move forward,” said Danielle Bergstrom with Fresno for Parks.

Fresno for Parks is hoping to gather more than 23,000 signatures of registered voters to qualify the initiative.

“This is a quality of life measure,” Bergstrom said. “We are looking to invest in improvements, especially related to parks that improve our quality of life, improve our property values, make Fresno an attractive place to live and raise a family.”

One Homeschool Bill Pulled, One Remains

Amid hundreds of phone calls from homeschool supporters, Assemblywoman Susan Eggman (D-Stockton) pulled AB 2926. In its original form, the bill would have created a committee to look into whether homeschools would require health and safety inspections, curriculum standards and credentialed teachers (i.e. parents).

Eggman released a watered-down version this week that removed the inspections and weakened the examination into classroom content and teacher qualifications.

Another homeschool-related bill that has been watered down over time, AB 2756, remains. Authored by Assemblyman Jose Medina (D-Riverside), it would classify what type of private schools (traditional, satellite programs, online, homeschool, nonsectarian) would register with the state.

Medina’s original bill would have also placed homeschools under the jurisdiction of local fire inspectors. Homeschools are considered the same as private schools. That aspect was scrapped after the same outcry by the homeschool community.

The Assembly Committee on Education hears Medina’s bill on Wednesday (April 20) at 1:30 p.m. at the Capitol in Sacramento.

After a change in the local campaign fundraising law, Mayor Lee Brand held his first fundraiser for his 2020 re-election on Wednesday (April 18). An estimated 400 people gathered for a breakfast at Pardini’s. Campaign officials said Brand raised $400,000 in that one sitting.

The primary is March 3, 2020. While the city council eliminated any time restrictions when a campaign can raise funds, cash limits remain. That means those who donated the maximum ($4,400) can’t donate again until the 2020 general election.

No one cast a “no” vote against Terra Brusseau, Mayor Lee Brand’s appointment to the Fresno Housing Authority. That didn’t mean everyone voted for her.

Fresno City Council President Esmeralda Soria expressed her dismay that the mayor did not re-appoint Virna Santos to the four-year position.

The authority board is made up of 14 members, seven appointed by the city and seven from Fresno County. Brusseau is a well-known fundraiser. Brand is one of her clients.

“I don’t think it compares to the great experience that this woman (Santos) brings to the Fresno Housing Authority,” Soria said. Santos’ background includes a Harvard law degree, and time as a federal prosecutor.

“Our boards are reflective of the community that we serve and represent. When we look at the Fresno Housing Authority, it serves a number of disadvantaged members of our community. Virna does an extremely (good) job of the advocacy for our community. It is sad to see that she wasn’t reconsidered to be reappointed for a new term.”

Soria said she hoped the mayor considers diversity in future appointments. She abstained on Brusseau’s appointment.

The Fresno Housing Authority and its director Preston Prince commented on Twitter, “(we) thank Virna Santos for her commitment as a City Commissioner. We also want to thank @Esmeralda_Soria and @MayorLeeBrand for their ongoing commitment to leadership on the board that will govern us and continue to contribute to our mission.”

@FresnoHousing and @PressedTinP thank Virna Santos for her commitment as a City Commissioner. We also want to thank @Esmeralda_Soria and @MayorLeeBrand for their ongoing commitment to leadership on the board that will govern us and continue to contribute to our mission. https://t.co/QFEZ4Mfx4C

The Fresno County Board of Supervisors became the latest government agency to support an initiative to keep more criminals in jail.

By a 5-0 vote on Tuesday (April 17), the board endorsed the Reducing Crime and Keeping California Safe Act. Proponents of the proposition hope to collect enough signatures to place it on the November ballot.

The Fresno and Clovis city councils previously supported the plan which would reclassify some misdemeanors to felonies.

Councilman Garry Bredefeld filed paperwork to run for re-election in 2020. His wife, Susan, is listed as campaign treasurer.

His campaign’s bank account is at Wells Fargo. Bredefeld killed the city’s banking contract with Bank of America over its racial discrimination history. Wells Fargo has a similar history. The bank was also just hit with a $1 billion fine.

“When I opened that account several years ago, it was before I was aware of any problems. I have no intentions of changing accounts,” Bredefeld told GV Wire.

Bredefeld noted that the council awaits city staff’s final recommendation on the future of the city’s banking contract. One provision is that the banks have to state what remediation they are taking to fix past discriminatory practices.