UPDATE: Nunes' Day Begins with Train Wreck. Then He Ratchets Up FBI Attack. 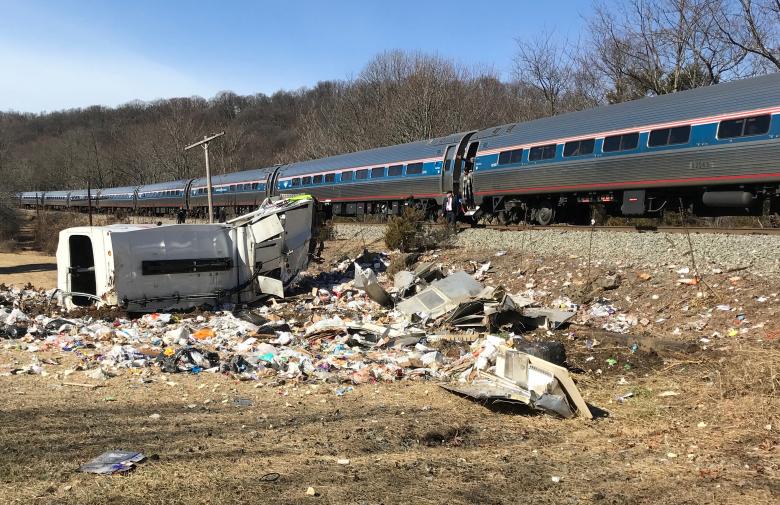 Share with friends
UPDATE: 1:21 p.m., Thursday, Feb. 1
A White House official told the Roll Call website that President Donald Trump “probably” will clear the release of a controversial memo Friday. The memo accuses the FBI of abusing its powers during an investigation into Russian influence into the 2016 election.
Often called the “Nunes Memo,” it was written by Republican staffers at the direction of House Intelligence Committee Chairman Devin Nunes, R-Tulare.

“Friday is the final day of a five-day presidential review period that began following a Monday evening party-line vote by the Intelligence panel to release the document,” Roll Call reported. “FBI Director Christopher Wray and congressional Democrats oppose making the memo public, arguing that it cherry-picks information without context or other facts, and could undermine national security.”
Roll Call quoted the unnamed White House official as saying, “The president is OK with it. I doubt there will be any redactions. It’s in Congress’ hands after that.”
You can read the entire Roll Call story at this link.

Wednesday proved to be another eventual day in the life of Rep. Devin Nunes, chair of the House Intelligence Committee.
First, Nunes was on an Amtrak train involved in a collision with a garbage truck. The train was carrying Republican lawmakers and their staff members to a retreat in West Virginia.
Nunes came out of the accident OK. Then the Visalia congressman released a statement castigating the FBI and the Department of Justice for objecting to the release of a controversial Republican intelligence memo. 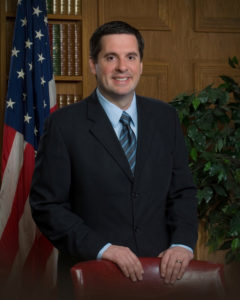 That four-page report is popularly known as the “Nunes Memo” or the “Secret Memo.”
Republican staff reportedly wrote it at Nunes’ direction. USA Today describes the memo as an apparent “summary of some of the intelligence collected by the committee as part of its ongoing probe of the Trump campaign’s contacts with Russian officials.”

My statement on FBI/DOJ objections to the public release of our memo: https://t.co/1WSqoaSDhO

Here is Wednesday’s statement from Nunes:
Having stonewalled Congress’ demands for information for nearly a year, it’s no surprise to see the FBI and DOJ issue spurious objections to allowing the American people to see information related to surveillance abuses at these agencies.
The FBI is intimately familiar with ‘material omissions’ with respect to their presentations to both Congress and the courts, and they are welcome to make public, to the greatest extent possible, all the information they have on these abuses. Regardless, it’s clear that top officials used unverified information in a court document to fuel a counter-intelligence investigation during an American political campaign. Once the truth gets out, we can begin taking steps to ensure our intelligence agencies and courts are never misused like this again.

Congressional Democrats, meanwhile, have characterized the memo as a biased political exercise to divert attention from inquiries into whether the Trump campaign had ties to Russia’s involvement in the 2016 presidential election.

In case you were wondering how seriously the President is taking the security review of the Nunes memo, @POTUS said he was 100% certain he would release it — even though the WH said he hadn’t read it. https://t.co/tPnb9d6Pcy

Nunes and many of his Republican colleagues firmly believe in the memo’s validity, however. They say that the intelligence committee has uncovered evidence the FBI abused its surveillance tools. And they are urging President Trump to release the memo. The sooner the better, they say.
FBI Director Christopher Wray opposes Trump’s stated intention to give a speedy release to the Nunes Memo. Wray says the Nunes Memo omits important information and paints a false picture of FBI practices.

The FBI issued this statement Wednesday:
The FBI takes seriously its obligations to the FISA Court and its compliance with procedures overseen by career professionals in the Department of Justice and the FBI. We are committed to working with the appropriate oversight entities to ensure the continuing integrity of the FISA process.
With regard to the House Intelligence Committee’s memorandum, the FBI was provided a limited opportunity to review this memo the day before the committee voted to release it. As expressed during our initial review, we have grave concerns about material omissions of fact that fundamentally impact the memo’s accuracy.
It will be interesting to see what Thursday brings in the life of Nunes.