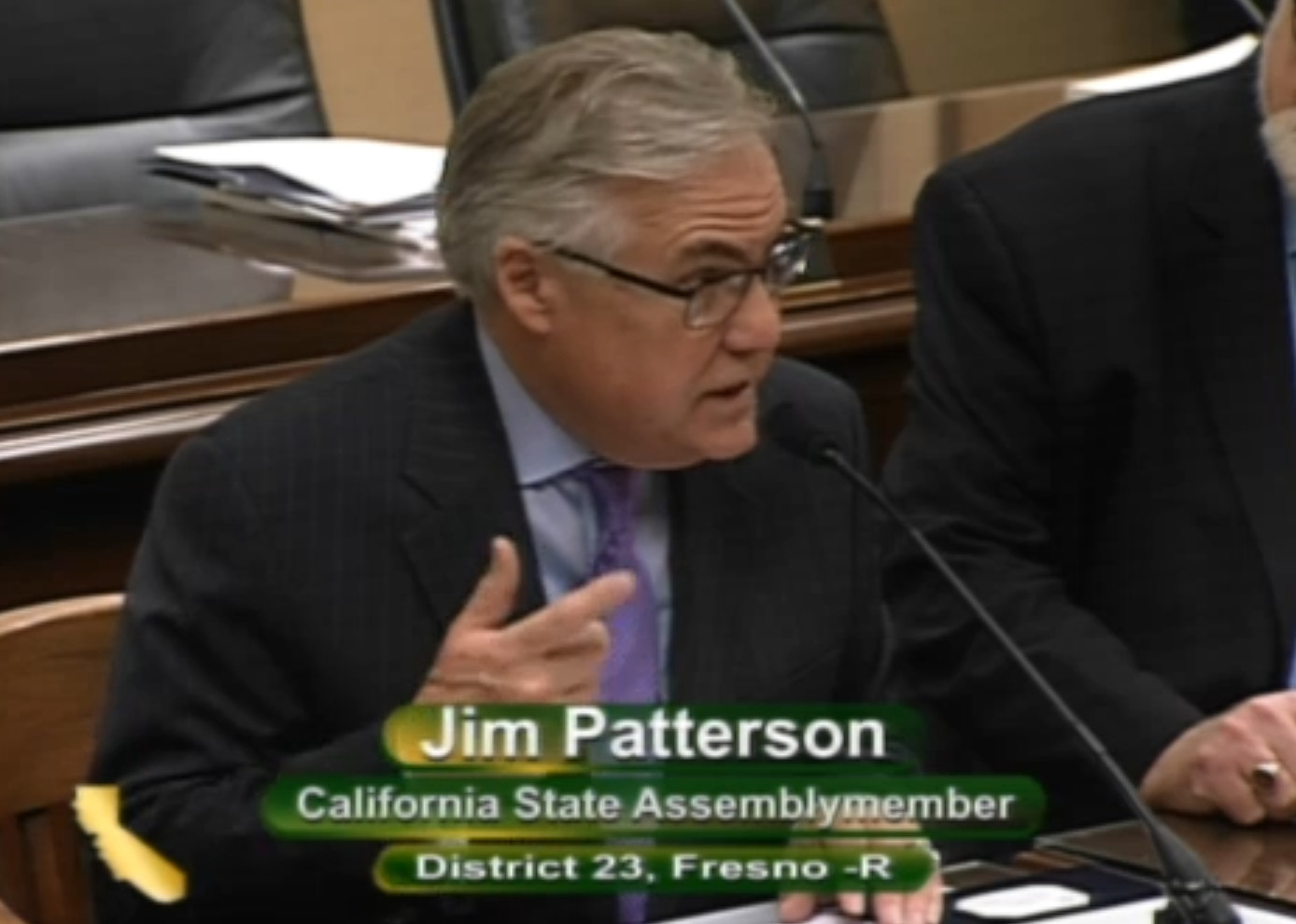 At long last, Assemblyman Jim Patterson (R-Fresno) is getting his High-Speed Rail audit.
The Joint Committee on Legislative Audit voted unanimously to move ahead with an examination on the estimated $67 billion project.
That estimation for the first 119-mile segment, from Fresno to San Jose, increased earlier this month by $2.8 billion. That 35% jump now brings the estimated cost up to $10.6 billion.


“Does this get completed with the existing funds?” — Assemblyman Jim Patterson of Fresno
For years, Patterson has sounded the warning horn on the project. But his legislation to provide more oversight of the project has often been thwarted in committees.
Patterson’s latest attempt at accountability came in the form of an emergency audit request in November. That was denied by the audit committee chairman, Assemblyman Al Murasutchi (D-Torrance). He instead scheduled it for the next regular meeting, which happened today.

The audit request’s success increased substantially when Sen. Jim Beall (D-San Jose) joined Patterson. Beall is also chair of the Senate Transportation Committee, as well as sitting on the audit committee.
The two legislators were joined by Assemblyman Joaquin Arambula (D-Fresno), in their formal presentation today. Many members of the committee seemed receptive to such an audit.
“Does this get completed with the existing funds?” Patterson questioned, in making his case for the audit.

The committee is made up of seven members each from the Assembly and Senate. The party breakdown is nine Democrats and five Republicans, including Sen. Anthony Cannella (R-Ceres).
The first vote rendered a 9-0 tally. According to committee rules, four members of each chamber need to vote in favor for an audit request to pass. Only three senators were present at the time.
The vote was held open, and a short time later, the remaining senators (save Sen. Tony Mendoza (D-Artesia) who is on leave for sexual harassment allegations) returned to the committee room to vote “yes.”
Audit Parameters
According to a news release from Patterson’s office:
The California State Auditor estimates the audit will take between six to nine months and will cost approximately $350,000. It will include, but not be limited to, the following elements: