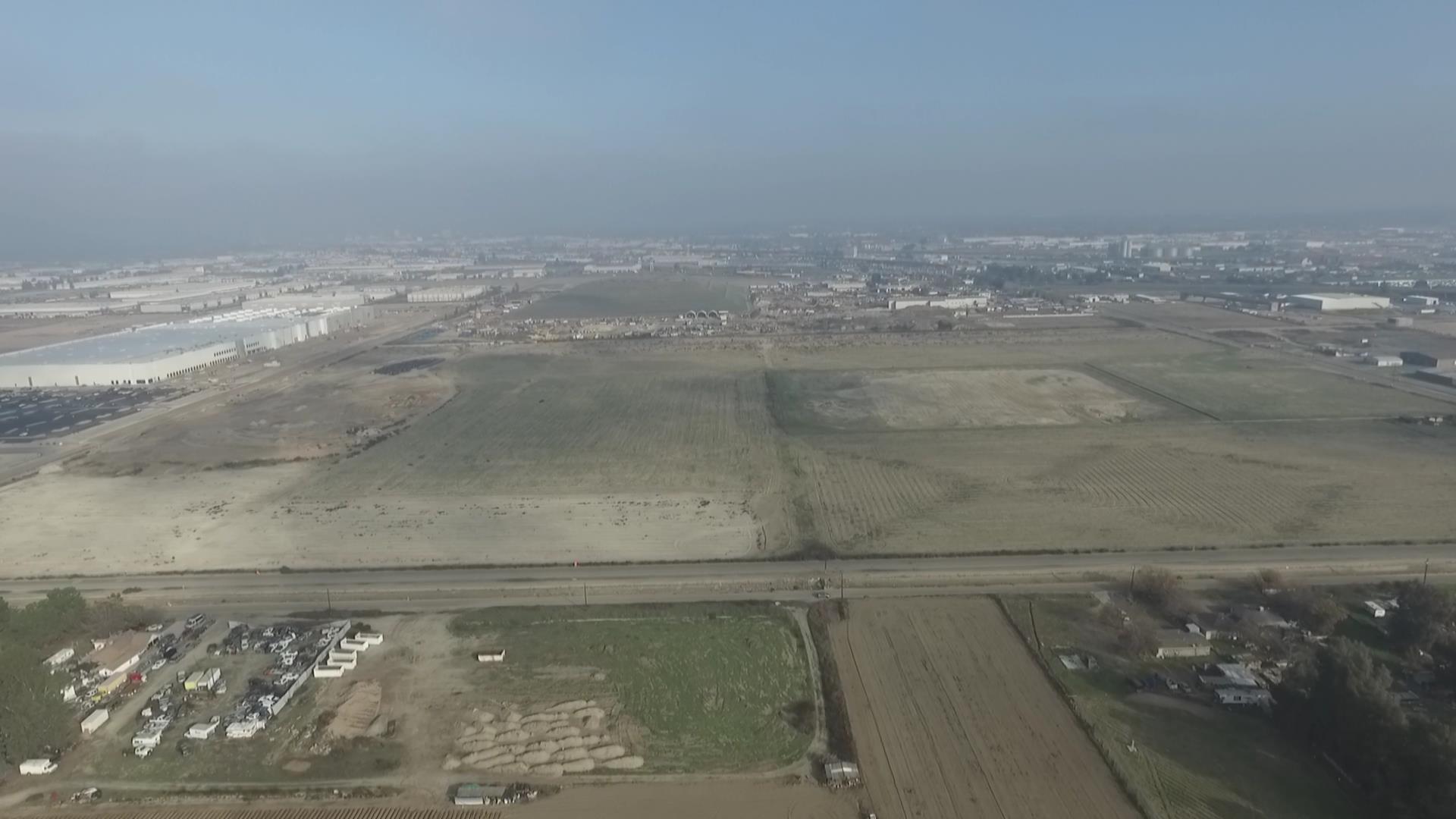 Distribution centers for Ulta Beauty and Amazon already are under construction. Now, a 2 million-square-foot industrial buisness park could join them in south Fresno.
(Editor’s Note: You can view drone aerial footage of the site in the video above, as well as hear from supporters and opponents of the project.)
The Fresno City Council will vote Thursday on the 110-acre industrial space project brought forth by Caglia Environmental. Family spokesman Richard Caglia did not say which companies might come to the industrial park.
The Fresno Planning Department approved the project last October. A few weeks later, a coalition of environmental and neighborhood groups filed a formal appeal of the planning department’s decision.
City staff now is recommending that the city council deny the appeal and approve the environmental impact report, just as the Fresno Planning Commission did last month.

“No pun intended, but the Caglia Industrial Park location is a prime location for internet retailers, fulfillment centers as well as light manufacturers and other ancillary businesses that typically go up around large users like Amazon and Ulta,” Caglia said.
The land is located on the north side of Central Avenue, between Orange and Cedar avenues. The area is zoned heavy industrial by the city.

But, not everyone is happy with the facility’s potential approval.

Daniel Macias is part of a neighborhood group called South Central Neighbors United that is opposing the project.

Mayor Lee Brand, speaking on KVPR radio’s “Valley Edition” says that the Caglia project could bring in 1,000 jobs as an e-commerce center. It would help fulfill the mayor’s goal of 5,000 new jobs for the city in his first term.