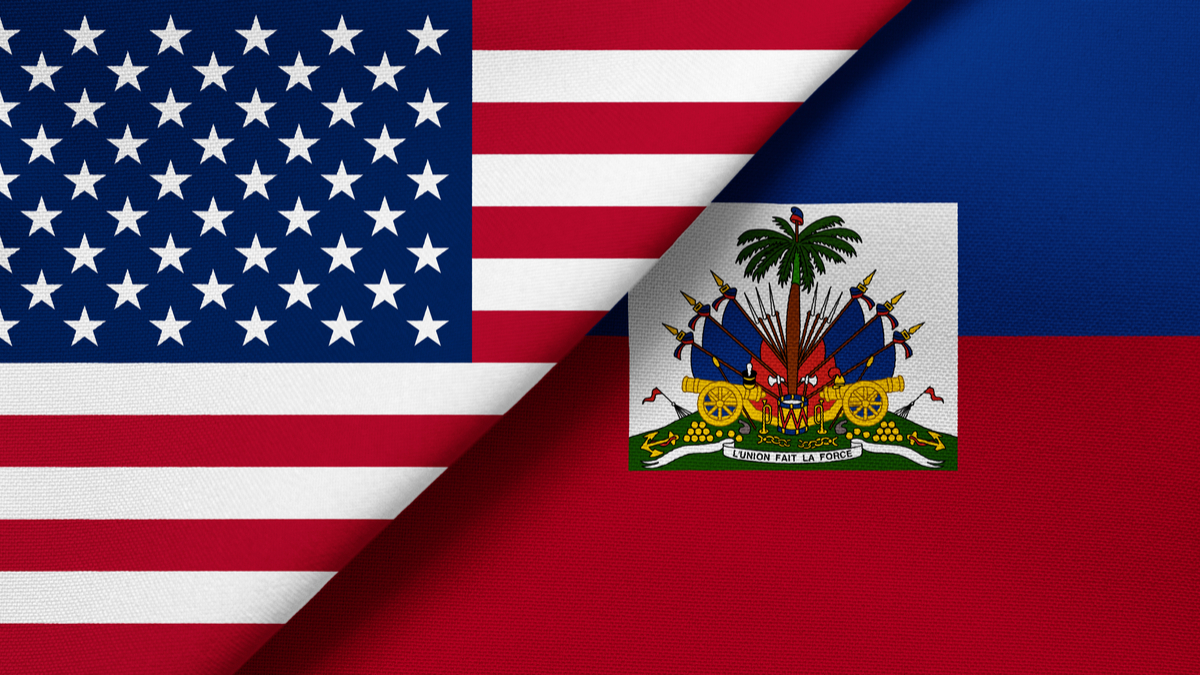 Donald Trump’s denigrating comments about Haiti during a recent congressional meeting shocked people around the globe, but given his track record of disrespecting immigrants, they were not actually that surprising.
Despite campaign promises that Trump would be Haiti’s “biggest champion,” his administration had already demonstrated its disregard for people from this Caribbean island. In November 2017, the Department of Homeland Security announced it would end the Temporary Protected Status that had allowed 59,000 Haitians to stay in the U.S. after a calamitous Jan. 12, 2010 earthquake.
Their TPS was extended after Hurricane Matthew devastated Haiti again in 2016. Without protected status, these Haitian migrants have until July 2019 to get a green card, leave voluntarily or be deported.
As a scholar and first-generation Haitan-American, I can attest that Trump’s statements and policies reflect not just disrespect for Haiti but also a profound ignorance about how migration occurs.

As shown in my recent book, “Haiti and the Uses of America,” history shapes where immigrants choose to build their lives.
Outsiders head to the United States in times of crisis not at random but because historic ties point them in this direction. When nativists like President Trump and Attorney General Jeff Sessions refer to immigrants as “criminal aliens” – perpetuating the idea that foreigners are “invading” the country – they ignore this key fact.
Movement from Haiti to the U.S. has its roots in colonial times, when British, French and Spanish traders exchanged coffee, cotton and mahogany between the two territories.
In the 1790s, thousands of white and mixed-race residents sought refuge from a revolutionary war in colonial Haiti, which was then called Saint Domingue. Fleeing an uprising by enslaved men and women of African descent, French colonists boarded ships following historic trade routes to U.S. port cities like New Orleans, Philadelphia and New York. Some brought with them the people they had enslaved.

After Haiti signed its Declaration of Independence from France, in 1804, the U.S. started a 60-year political and economic embargo that hobbled the young nation’s growth. /Wikimedia
An estimated 10,000 Saint Dominguan revolution-era refugees eventually resettled in Louisiana, contributing to the distinct Creole history
and culture that characterizes Gulf cities like New Orleans today.
By 1804 the island’s revolutionaries had driven out France to found Haiti. The U.S., however, did not formally recognize Haitian independence until 1862.
Born of a slave rebellion, Haiti challenged the legitimacy of an American economy and society dependent on racial hierarchies. In 1806, the U.S. government imposed an economic embargo on the island.
But a vibrant illicit trade persisted. In 1821, 45 percent of Haitian imports still came from the U.S.
As a result, migration between the two nations continued, too – and not just from Haiti to the U.S. In the 1820s, some 13,000 African-Americans sought refuge in Haiti, seeking freedom from slavery, anti-black violence and lack of economic opportunity in the U.S.
In the 1870s, civic and religious leaders, notably Richard Allen of the African Methodist Episcopal Church and the Episcopalian Theodore James Holly, enabled similar journeys by negotiating directly with Haitian heads of state.
President Abraham Lincoln supported such schemes to send African-Americans abroad – not just to Haiti but also to Liberia, Central America and elsewhere. Even many abolitionists of the era believed that blacks and whites could not co-exist as equals in the U.S..
Many of the African-Americans who went to Haiti later returned to the U.S., in part drawn by the promise of new legal rights after the Civil War.

By the time the American embargo of Haiti ended in 1862, the U.S. was openly striving for political and economic domination of the Western Hemisphere, including in the Caribbean.
Starting with President Ulysses S. Grant, who wanted to annex Haiti, American politicians militarily pursued U.S. interests on the island nation. Between 1862 and 1915, American warships were active in Haitian waters 17 times.
Powerful commercial lobbies with a business stake in Haiti – particularly the financial and sugar industries – also meddled in the island’s affairs. Foreign merchants and bankers in Haiti paid armed groups known as cacos to overthrow standing presidents and empower leaders who would give them preferential terms of trade.
The political and economic instability that resulted helped perpetuate the racist perception of Haitians as incapable of self-rule.
It also fueled emigration. New research shows that in the first decades of the 20th century, some 200,000 rural Haitians left to work as guest laborers for American sugar companies in Cuba. They were among more than 1 million Caribbeans who traveled across the Americas between 1840 and 1940. Some of them eventually landed in the United States.

A Series of Military Interventions

In 1915, President Woodrow Wilson invaded Haiti’s capital, Port-au-Prince. The occupation, which lasted until 1934, was the first in a series of U.S. military actions on the island.
The next interventions came in 1994 and 2004, under the auspices of the United Nations. The impetus was the 1991 ouster of Haitian President Jean-Bertrand Aristide, who’d been elected during Haiti’s contested four-year transition from dictatorship to democracy. Through an economic embargo initiated by President George Bush and a military engagement under President Bill Clinton, Aristide was restored to power in 1994.
When he was again forced out 10 years later, President George W. Bush ordered the U.S. Marines back into Haiti.
The actions preceding and during these interventions have destabilized Haiti. In other words, for over a century, the U.S. has helped to perpetuate and exacerbate the political fragility and economic struggle that leads Haitians to seek refuge on American shores.
Today, an estimated 830,000 people of Haitian descent live in the U.S., primarily in Florida and New York. Approximately 40 percent of them were born in the U.S.
Few Haitian-Americans are wealthy – in 2009, census data shows, 1 in 5 households lived in poverty – but they are employed at higher rates than the general American public.
The Haitian-American population is also growing, more than tripling between 1990 and 2015. Within this group are the nearly 60,000 people granted Temporary Protected Status after the 2010 earthquake, who have now lived in the U.S. for an average of 13 years.
In countless ways, Haiti is woven into the fabric of the United States. Haitian-Americans have made their homes in South Florida, Brooklyn, and Detroit, among many other places.

The deep historic ties binding Haiti and the U.S. will persist with or without Donald Trump. What the president’s repugnant language and short-sighted policy changes can do is spur new crises in both Haiti and the United States.
Chantalle F. Verna, Associate Professor of History and International Relations, Florida International University
This article was originally published on The Conversation. Read the original article.