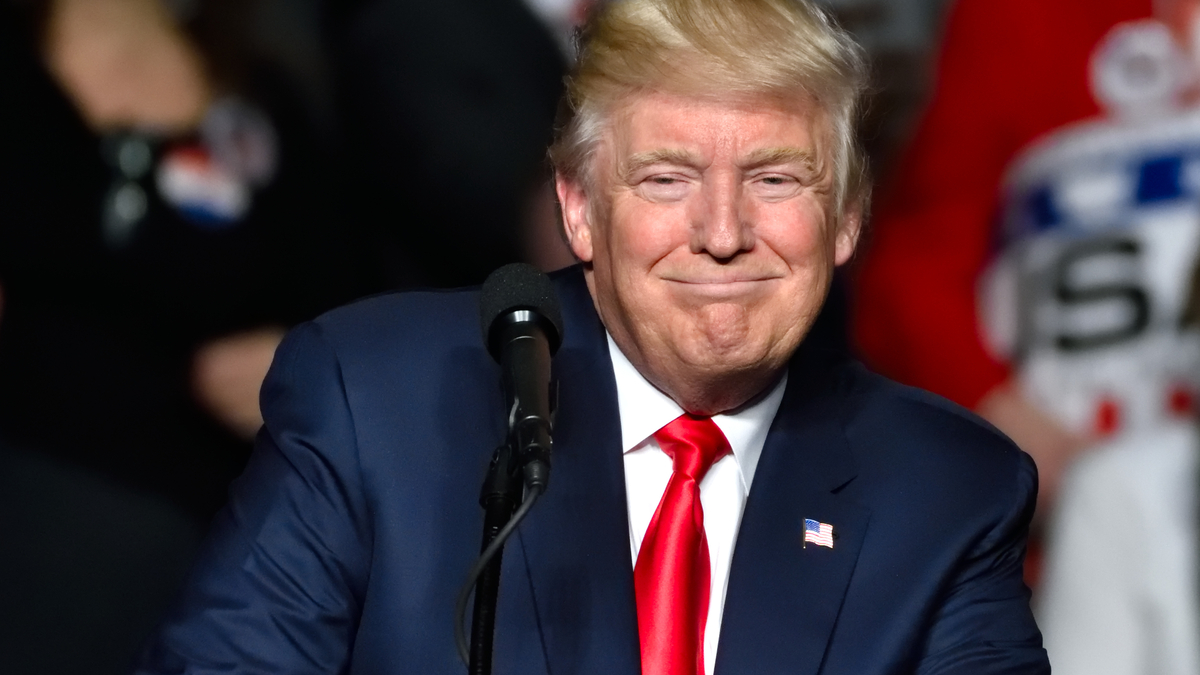 With Congress seemingly close to a bipartisan agreement that would protect Dreamers, fund border security and advance other aspects of immigration reform, President Donald Trump blew it all up with his mouth Thursday.
Trump, according to The New York Times, demanded “to know at a White House meeting why he should accept immigrants from ‘shithole countries’ rather than people from places like Norway.”
In addition, The Times reported, “after Trump heard that Haitians were among those who would benefit, he asked if they could be left out of the plan, asking, ‘Why do we want people from Haiti here?’ ”
Democrats quickly — and appropriately — criticized the president for his stereotyping and his repudiation of the American tradition of welcoming immigrants from all over the globe.
Democratic National Committee Chairman Thomas Perez, for example, took to Twitter to air his anger at the president’s remarks.

My parents came from one of those countries. https://t.co/tfRRghQflJ

But the president needs to hear from members of his own party, too — especially in light of the fact that the White House didn’t deny Thursday that Trump said those ugly, vulgar and racist words.
“Certain Washington politicians choose to fight for foreign countries, but President Trump will always fight for the American people,” the president’s press secretary, Raj Shah, said in a written statement. “Like other nations that have merit-based immigration, President Trump is fighting for permanent solutions that make our country stronger by welcoming those who can contribute to our society, grow our economy and assimilate into our great nation.”

Criticism Must Be Strong, Not Couched

Thus we call on those Republicans who represent the San Joaquin Valley to denounce the president’s remarks and do so candidly, without couching the criticism that he deserves to receive. Or parroting what the Trump apologists so often say, “That’s not what he meant.”
House Majority Leader Kevin McCarthy of Bakersfield, Rep. Devin Nunes of Tulare, Rep. David Valadao of Hanford and Rep. Jeff Denham of Turlock all live in cities with large immigrant populations. They know — or should know — the invaluable contributions that immigrants have made to our region.
They should all be as righteous and as outraged as Republican Rep. Mia Love of Utah was today.

Here is my statement on the President’s comments today: pic.twitter.com/EdtsFjc2zL

Our Valley Republicans in Congress also might want to remind the president and his base of nativist, “America First” supporters that people have fled their native countries in hope of prospering here since the glorious birth of these United States.

As for Trump, we can only hope that he matures enough to realize the power of his words and the damage he is doing worldwide to America’s status as that “shining city upon a hill.”
Indeed, let us quote President Reagan more extensively:
“. . .in my mind, it was a tall proud city built on rocks stronger than oceans, wind-swept, God-blessed and teeming with people of all kinds living in harmony and peace, a city with free ports that hummed with commerce and creativity, and if there had to be city walls, the walls had doors and the doors were open to anyone with the will and the heart to get here.”
President Trump, who belongs to the party of Lincoln, has disgraced his country and his party. He must be held accountable by his fellow Republicans.
UPDATE: Friday, Jan. 12, 11:31 a.m. — President Trump denied that he used the exact words attributed to him on Thursday by multiple news organizations.
In addition, House Speaker Paul Ryan denounced Trump’s comments as “very unfortunate” and “unhelpful.” Said Ryan of the U.S. tradition of welcoming immigrants: “It’s a beautiful story of America. I see this as a thing to celebrate and I think it’s a big part of our strength.”

The language used by me at the DACA meeting was tough, but this was not the language used. What was really tough was the outlandish proposal made – a big setback for DACA!