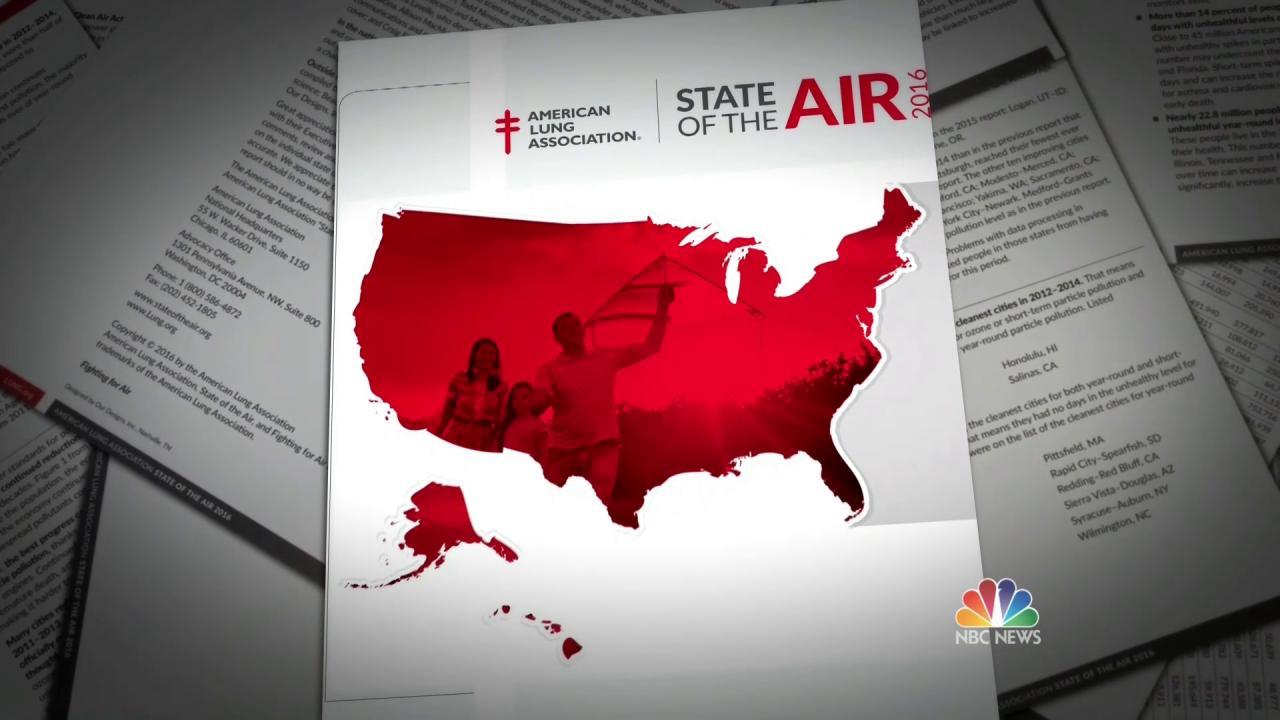 Is this a good way to decide who sits on the Valley air board?
I ask because six cities in the San Joaquin Valley Air Pollution Control District failed to weigh in on the nomination of Clovis City Councilman Drew Bessinger, who by the way, wants the assignment.
Fortunately for Bessinger, a majority of the 15 cities in Fresno County have backed his nomination.
Among those cities that didn’t vote up or down on Bessinger is Fresno.
The Fresno City Council declined to vote on Bessinger’s nomination. New council president Esmeralda Soria removed the item from the agenda (with no resistance from other council members). Soria said that she wanted to speak with the air district about continuing to have a Fresno representative on the air board.
The city, though, may have ceded its right to be heard. The air district has set a Jan. 16 deadline for the city councils in Fresno County to return a decision on Bessinger.  After that process, Bessinger’s name goes to a meeting of the Special City Election Committee.
That committee — established by state law —  is made up of representatives of the 59 cities (in eight counties) that form the air district. Although not officially scheduled, one city clerk in Fresno County said that meeting is tentatively set for Jan. 31. That means any city council votes after Jan. 16 would not make it to the agenda.
At least nine of the 15 Fresno County cities have voted on Bessinger’s nomination, with eight in favor (the city of San Joaquin rejected the nomination).
Fresno, along with Coalinga, Kingsburg, Sanger and Selma, failed to vote or set a vote by Jan. 16. Two city clerks told GV Wire that because communication from the air district came in late (the district sent a letter dated Dec. 18), there was not enough time to to schedule a vote by the deadline.
An air district spokeswoman says because a majority of the cities did vote, the deadline for the remaining cities will not be extended.
Bessinger was nominated to replace Fresno councilman Oliver Baines, whose term expired at the end of 2017. Another member of the Fresno City Council would not be eligible to serve on the board. Membership is based on a complex procedure and pre-ordained rotation, described here.
Soria said an air district employee told her that the Jan. 16 date was not a hard deadline, and that Fresno had until the end of the month to decide. The next Fresno council meeting is scheduled for Jan. 25.
The practical effect of Fresno and the other cities not voting on Bessinger’s nomination is that their preferences will not be on the election committee agenda. Instead, the voting results (or lack thereof) will be communicated informally during the meeting.
Voting Results to Forward Drew Bessinger’s Nomination to the Valley Air Board

UPDATE: 4:06 p.m., Thursday, Jan. 12 — Firebaugh did not vote on Bessinger’s nomination. Instead, council members voted on a representative to the Special City Election Committee on Jan. 8. The city clerk’s office says there was some confusion as to what was expected of them by the air district.

One of America’s most well-known companies lost a contract with Fresno Unified School District, in part because it didn’t sign its bid.
The school board awarded an $8.5 million contract to Conterra Broadband of Charlotte, N.C., to build broadband services for district campuses by a 5-2 vote. The district says the expansion will double its bandwidth.


“It appears AT&T dropped the ball. I don’t understand how that can happen.” — Fresno Unified Trustee Brooke Ashjian
AT&T filed a protest, which the board heard Wednesday night (Jan. 10). After a nearly 50-minute hearing, the board unanimously rejected the protest.
AT&T said they already had the infrastructure in place, and thus could build the services better than other contractors, and for $1 million less. A company representative also said some of the district’s contract language was ambiguous.
“AT&T’s response had some issues, that I’m sure you heard of. We feel the ambiguities of the district’s procurement contributed to many of these challenges,” AT&T regional director Richard Lane told the board.
Trustee Brooke Ashjian called out AT&T for missing certain elements of the bid. “Why did we miss signatures? Why did we not check boxes? How come there was stuff left out from a Fortune Top 10 company?”
All Lane and senior counsel Brad Walter could respond was that it was true they missed some documentation and apologize.
“It appears AT&T dropped the ball. I don’t understand how that can happen,” Ashjian noted.
Other issues with AT&T’s bid included what contract language to use and disagreement over money for easements and rights-of-way.
The board also rejected a bid from a second company, Vast Networks, on a  6-1 vote.
Federal grants provide much of the project’s funding.

Soria’s gag gift for outgoing Fresno City Council President Clint Olivier? A framed poster of a Captain America-like character, with the slogan “Fighting for Legal Marijuana.” During the handshakes and picture taking, “Ganja” by Bob Marley played on the speakers.

Following the council meeting, a City Hall reception for Soria took place. Most of the city council, city council hopefuls, Mayor Lee Brand, and other supporters joined Soria for a third-floor party catered by The Painted Table. 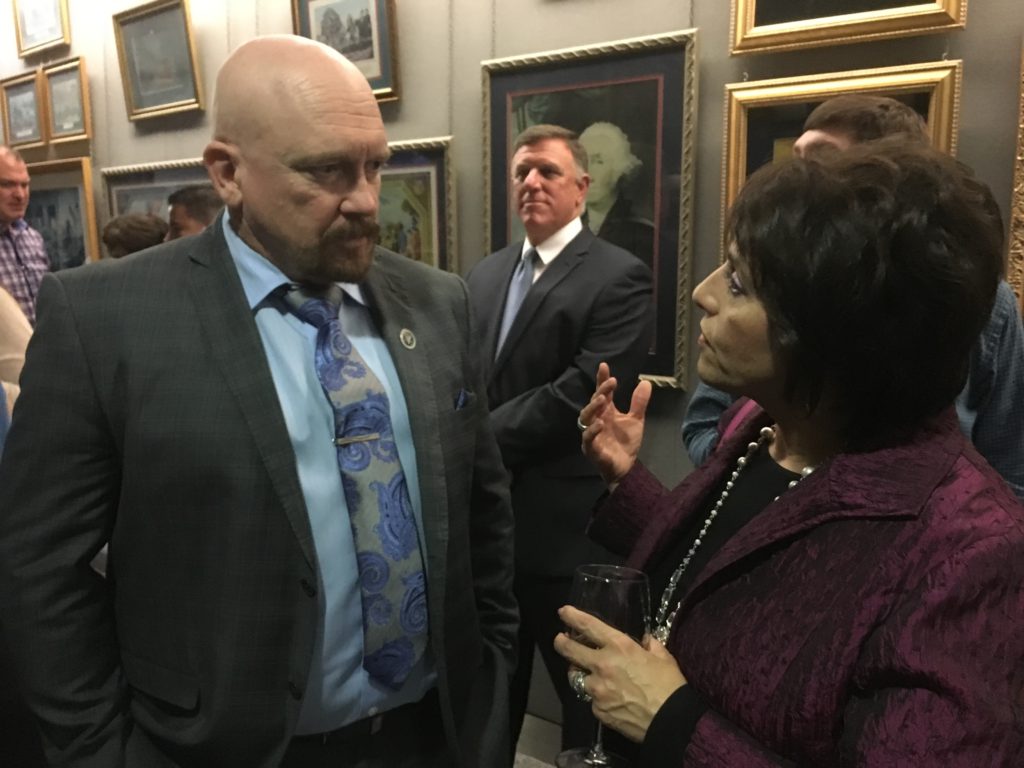 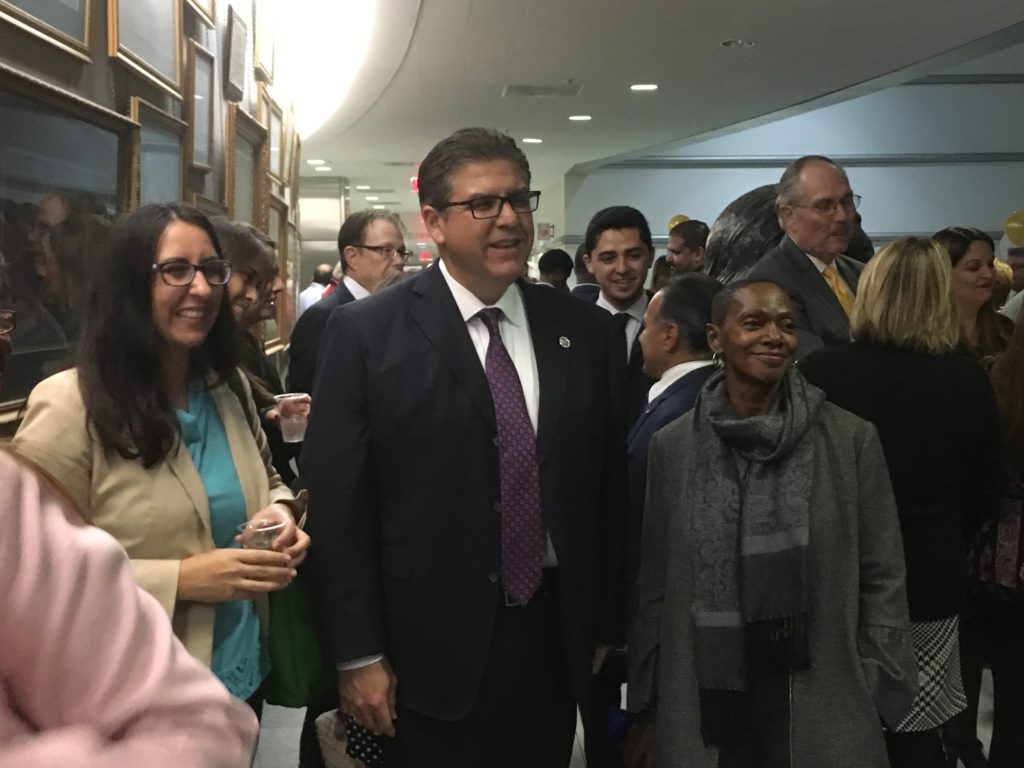 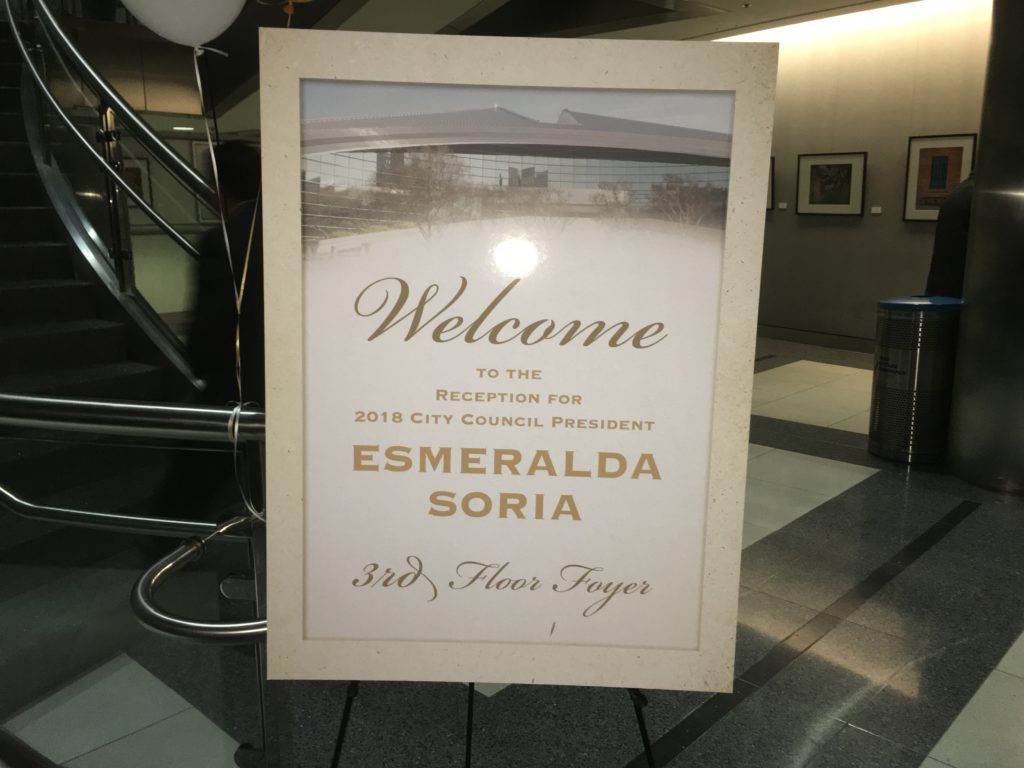 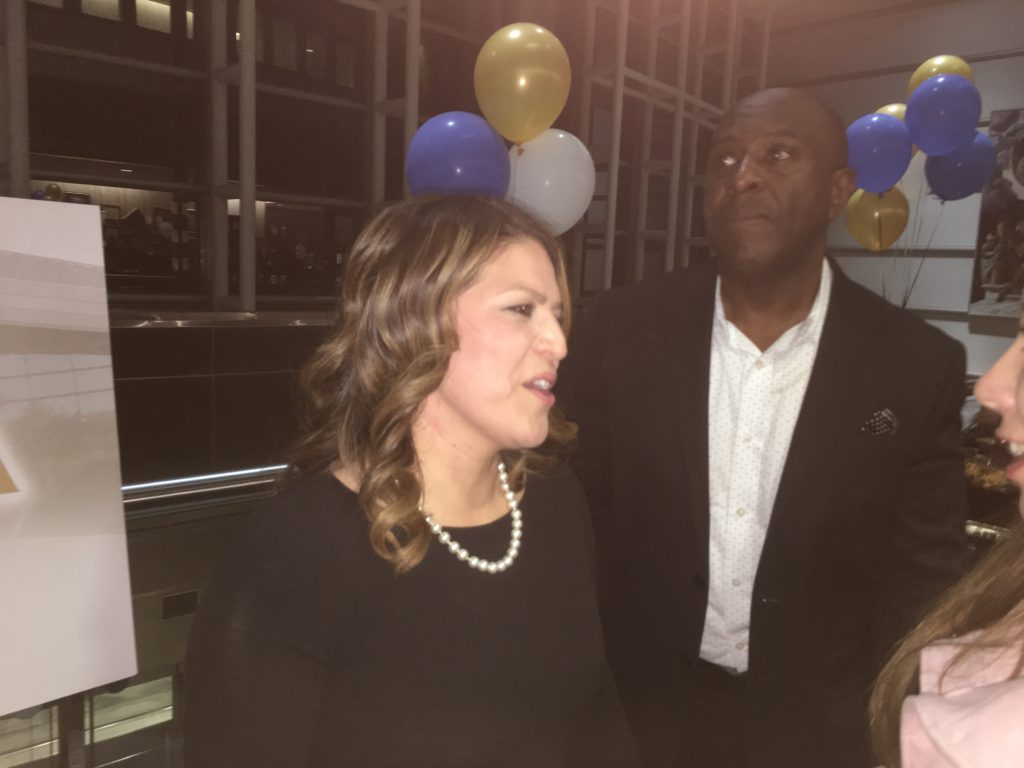 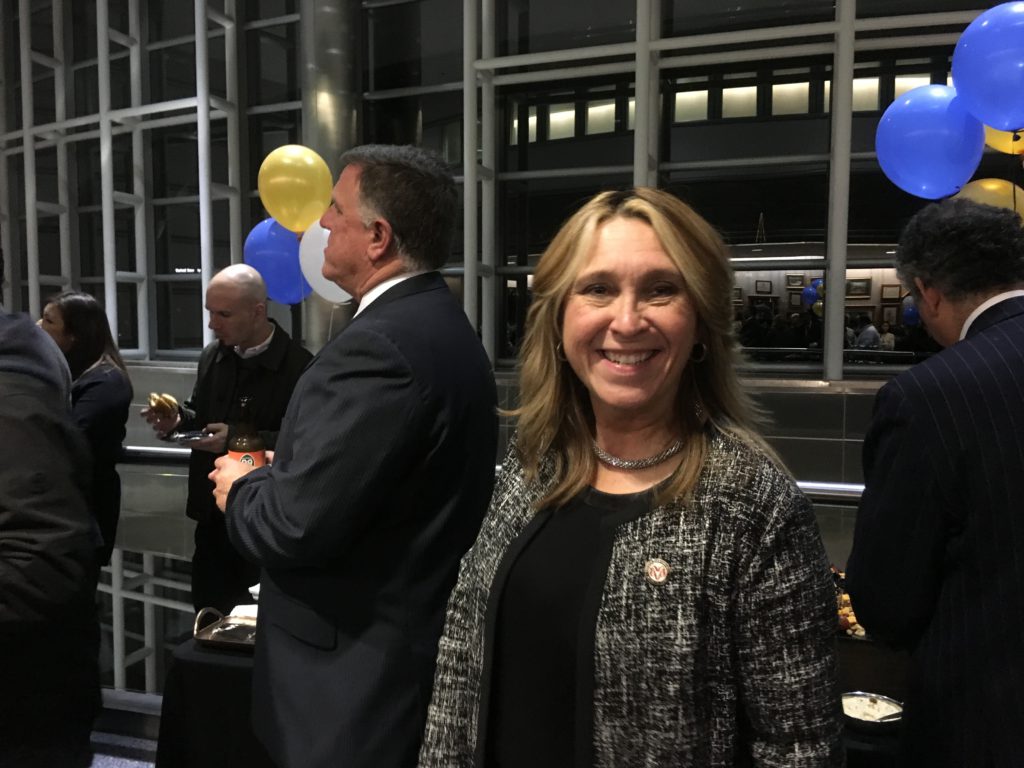 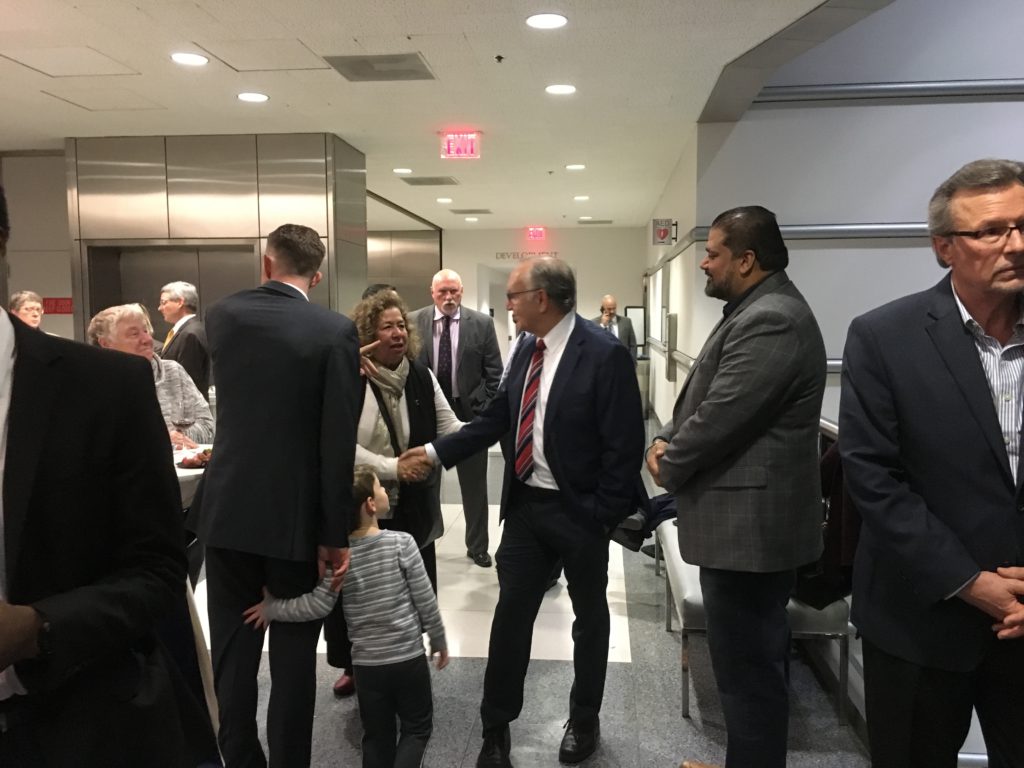 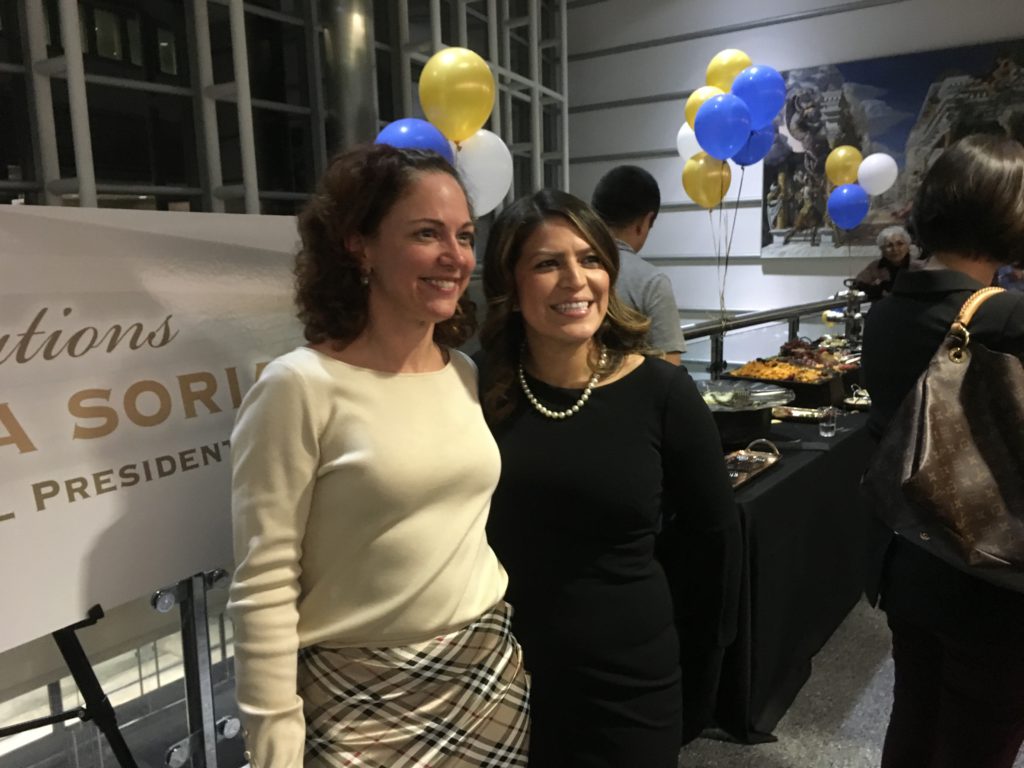 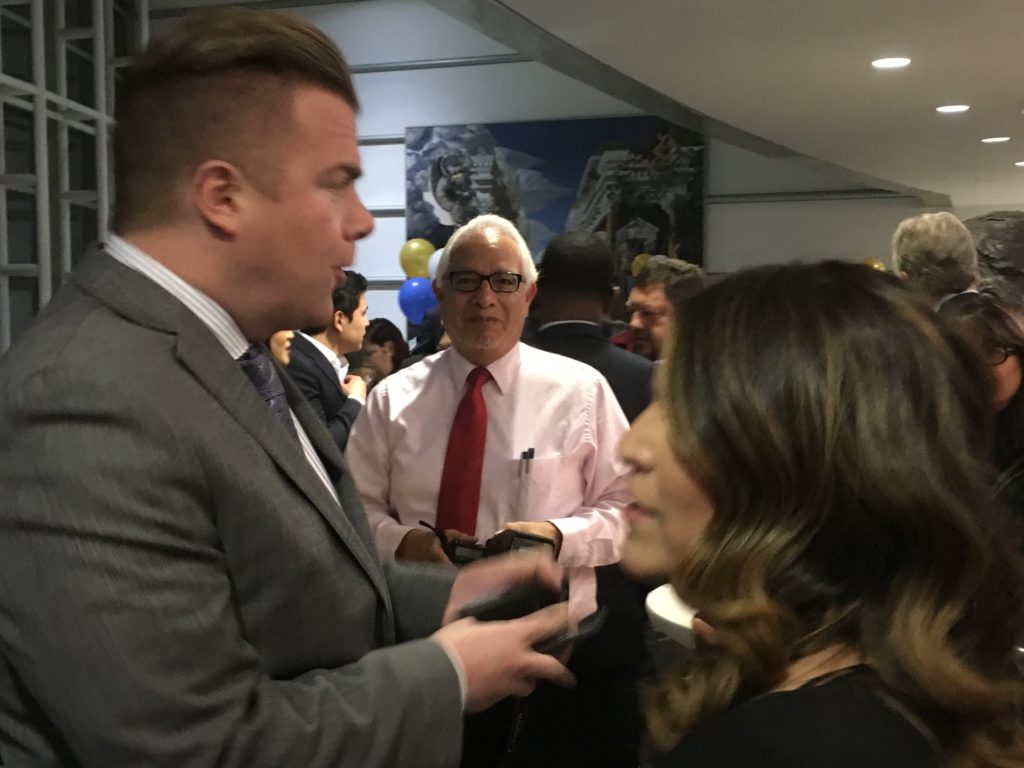 The Fresno City Council approved the process, 7-0, to start changing zoning on Belmont Avenue, east of Blackstone, from mixed-use to commercial. Councilman Clint Olivier championed the idea, supported by local business owners. … Without the fanfare that colored a prior debate, the council voted 6-0 to impound cars of those caught multiple times for illegal dumping. … The council delayed voting on an environmental impact report for allowing more trucks at the Producers Dairy on Belmont Avenue. Members want more time to seek a better solution. … In addition, the council approved grant funding for affordable housing projects, changes to the city’s vacancy ordinance and a contract for construction site monitoring services.
The Clovis City Council approved an ownership change for the 500 Club card room during the board’s Monday meeting (Jan. 8). By a 3-2 vote, K & M Casinos will take over for Louis Sarantos. Mayor Bob Whalen and Jose Flores voted no. … The council approved a lease of the current senior center to the San Joaquin College of Law by a 4-0 vote (Whalen abstained; he is on the college’s board of trustees). The deal will allow the college to use the 11,500 square-foot space for 20 years at $90,000 a year. The city plans to move the senior center to a location twice the current size, only a few blocks away.
Fresno Unified trustees unanimously approved spending $93,685 for a sheriff’s deputy to patrol Wawona Middle School for the next five months.

Sen. Kevin de León (D-Los Angeles) is attempting an end-around of President Trump’s tax overhaul that would limit state tax deductions from federal taxes.
“For every dollar that a Californian sends as a charitable contribution to California, you can write that off,” de León said in an interview with CNN, as reported by the LA Times. “It’s legal. It’s legitimate.”
A California Republican has his own ideas. Assemblyman Kevin Kiley (R-Rocklin) wants to allow taxpayers to deduct federal taxes on their state returns.
“Whatever amount you pay in federal taxes will not be subject to California’s highest-in-the-nation state income tax. This will resolve any concerns about double taxation and assure that Californians receive a tax cut from the federal legislation to the same degree as other Americans,” Kiley said in a news release.
Since every bill needs a clever acronym, Kiley calls his PEPPER, Prosperous Economy and Payer Protection through Equitable Rates Act.

Charles C. Johnson, the Clovis-based ideologically-conservative publisher of GotNews, is suing Twitter for kicking him off in 2015. Johnson claims the tech giant deleted him for his viewpoint.
Johnson’s style of journalism, which focuses on exposing lies and bad behavior, mainly by Washington-based politicians, made him one of the internet’s most hated men. One of his most controversial endeavors was exposing the woman behind the 2015 rape allegations at the University of Virginia, reported by Rolling Stone and later discredited.

Gov. Jerry Brown has announced the appointment of Fresnan Sarah Sharpe as the technical advisor at the California Public Utilities Commission. She has held environmental health positions at UC Berkeley and Fresno Metro Ministry. She also has a background teaching Spanish in New York City schools, as well as union organizing. The job pays $140,952.
Brown also re-appointed Ann Bernardo, the head librarian in Tulare County, to the California Library Services Board. She’s been on the board since 2003.
Kimberly Salomonson of Clovis will return to the California Advisory Commission on Special Education, a position she held since 2016. Salomonson works for Sanger Unified School District.
All three are Democrats.

Before Ranting About Mental Illness & Gun Violence, Get Facts