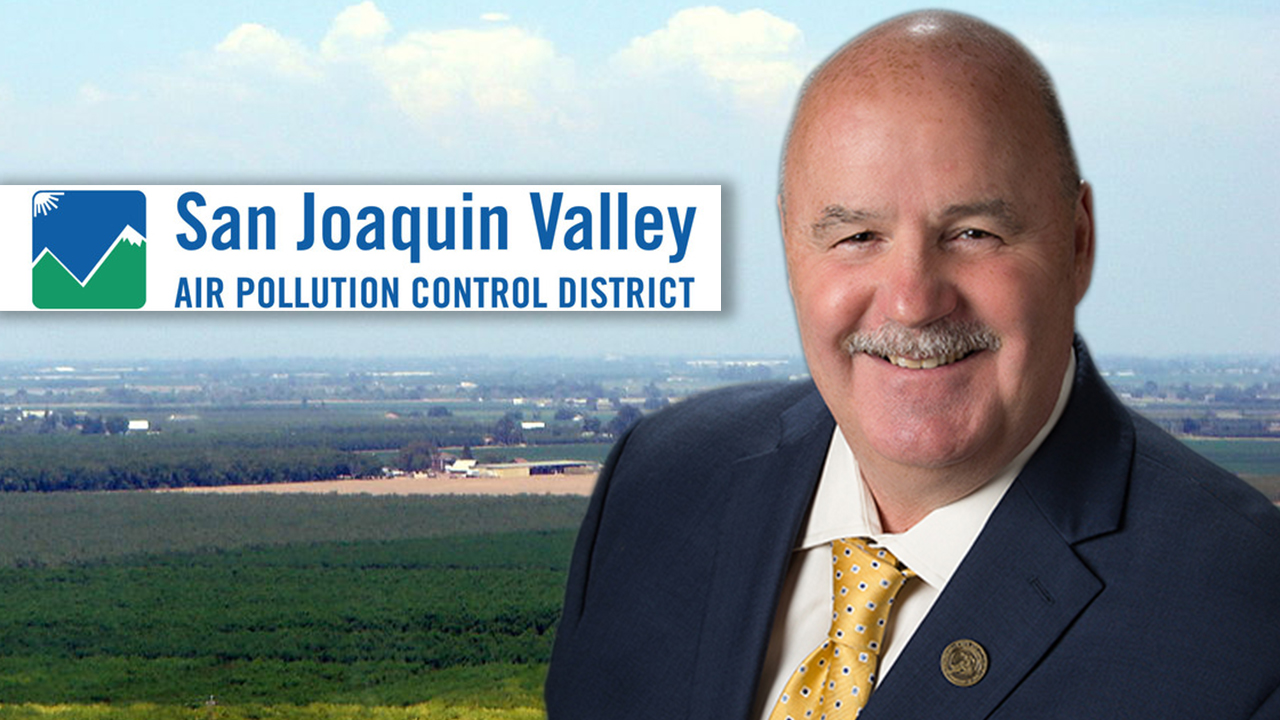 This winter brings with it poor air quality — and a renewed focus on the sprawling eight-county San Joaquin Valley Air Pollution Control District.
Dean Florez, a former Valley state lawmaker and current member of the California Air Resources Board, expressed frustration about air quality on Twitter recently. Other critics say that the district needs to do more to alert the public when the air quality is dangerously unhealthy.

Ok, this is worse than 2002, why? Because it’s 2017! What have we learned about this district in the process? #SocialMediaNotice an easy one. Would love comments & like 2002, expect some action #soon @markgrossi @FresnoBee @AirResources  https://t.co/O50VnVSuiV

Now, a Clovis councilman wants to join the local board that is tasked with helping improve air quality.

Who’s on the Board

The 15-member board is composed of eight people who are elected county supervisors — one for each of the eight counties in the district. There also are five members from the various cities within the district. Two members are picked by the governor, one of whom has to be a medical doctor specializing in air pollution issues, and one from the health and science community. The governor’s appointments serve four-year terms.
The eight counties (Fresno, Kern, Kings, Madera, Merced, San Joaquin, Stanislaus, Tulare) each choose their supervisorial representative to the air board. Buddy Mendes represents Fresno County and was chosen last month as air board chairman.
There is a multiple-step process to decide the five city members.
Three of the five shall come from cities of less than 100,000 population­, with one each representing a county in the three geographical regions — north, central and south.
The remaining two shall come from cities larger than 100,000. The city chosen is rotated around from north to south. The smaller cities have their own rotational schedule as well.
Cities in the district considered large (from north to south) are Stockton, Modesto, Fresno, Clovis, Visalia and Bakersfield.
Since Baines represented Fresno, Clovis is next on the list. Bessinger is the only Clovis council member to apply.
Only one representative per county can be one of the five city members, regardless of large/small population. Currently, there are no other city representatives from Fresno County on the board, so Bessinger is clear.
There is also a role for the regional chapters of the California League of Cities to help the nomination process.
So, for example, if there is a vacancy among the small cities in the northern region (currently occupied by a councilman from Ceres in Stanislaus County), a member representing a city council in Merced County would be eligible.

The next step is for the 15 individual city councils within Fresno County to vote on Bessinger’s nomination. Clovis votes tonight (Jan. 8) and Fresno on Thursday (Jan. 11). A majority of the county’s city councils are needed advance the nominee to the final step, another committee.
That group, the Special City Selection Committee, then meets for final approval. The 59 cities that comprise the air district each appoint a member to the special selection committee. Clint Olivier represents Fresno; Bob Whalen is Clovis’ member.
If a majority there approves, then Bessinger is the new air board district member.
Your Air Board Representatives