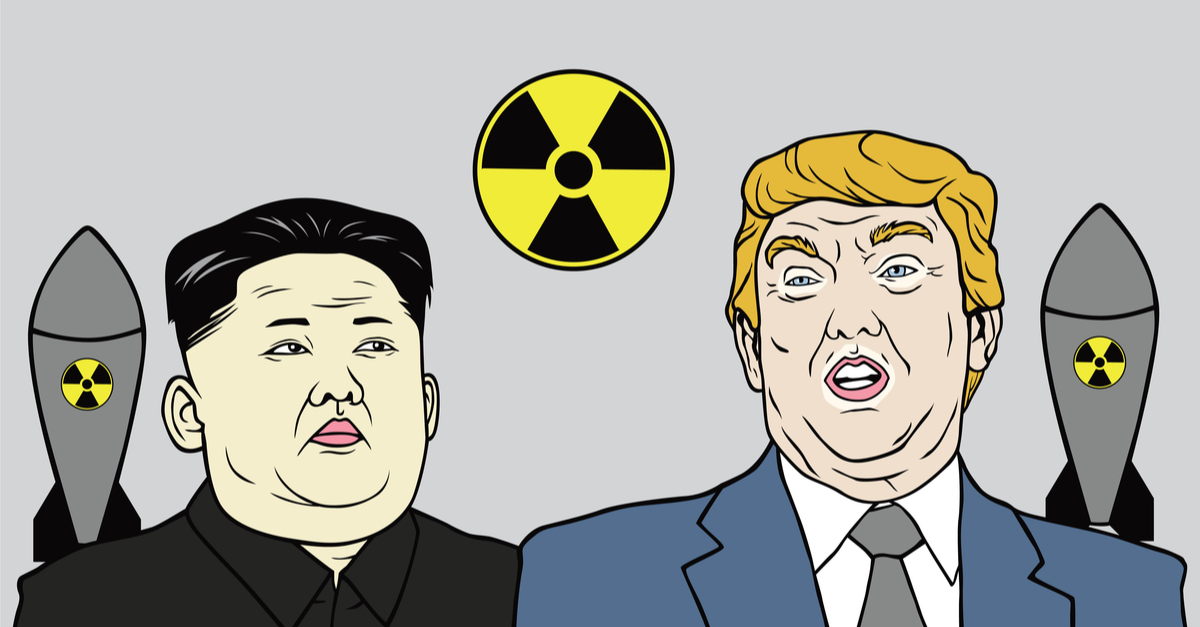 SEOUL — Donald Trump’s notion of “fire and fury” for North Korea inspires cheers, fears and jeers. Is he threatening the biblical “fire and brimstone,” or does his rhetoric more closely resemble Shakespeare’s “tale told by an idiot, full of sound and fury, signifying nothing”?

Yes, there are those who think the American president is an idiot, but you also find some who admire him for getting Kim Jong-un to back down. Kim did call off ordering a missile to hit somewhere off Guam, didn’t he? That’s true enough — though it’s not likely The Fearless, “Respected” Leader has given up on that idea while thousands of U.S. and South Korean troops play annual war games in defiance of a torrent of rhetoric.

So what to do? Might a quick hit, a “pre-emptive strike,” maybe even “massive retaliation,” be the way to wipe out the terrorist of the North? As the dust is settling, would not millions of North Koreans rise up in rebellion and install a more reasonable and humane leader? Why, they might even hold an election like those in South Korea!

Oh sure. You don’t have to have followed North Korea too closely to know that such a denouement is the stuff of fantasy. More likely, as everyone knows, bombardment of the North would precipitate a conflagration of unpredictably bloody proportions. Nobody but nobody wants Korean War II though some insist on keeping the military option out there, dangling in Kim Jong-un’s face in case he gets ideas of carrying out his threats.

But surely there are other ways to bring the North, if not into submission, at least into the realm of reason.

Here’s one. How about bombarding North Korea with leaflets instead of bombs? OK, defectors from the North for years have been unleashing balloons over their former homeland, blowing leaflets hither and yon on which are written tales of the excesses and terrors of the Kim dynasty mingled with news, real news, from South Korea and elsewhere. Lately, however, President Moon Jae-in, in quest of negotiations, has told them to knock it off. No reason for upsetting North Korean leaders while calling for dialogue.

Anyway, leaflets lofted on balloons have not been too effective. Not so many people have seen them. Instead, drones should fly high over all North Korea day-and-night dropping devices filled with tons of leaflets wafting everywhere. And what about including a few dollar bills and candy bars so folks would have that much more incentive to scramble around looking for them in the face of dire commands not to touch them?

This leaflet bombardment need not be a one-day or now-and-then phenomenon. It should go on for weeks, months, infuriating North Korean leaders but getting through to all their hungry, unhappy people. Leaflets should bear different news every day, including exposes of the high living of the ruling elite compared with the desperate circumstances of the typical citizen. Human rights abuses would merit top billing, banner headlines reporting executions, imprisonment, torture and suffering.

Use Technology to Seed Rebellion

Messages might vary from target to target — some aimed at Pyongyang, others for less fortunate communities elsewhere. Special editions might float down on mass rallies and parades. Think of dropping clouds of leaflets on those great shows of military hardware in the capital.

In this high-tech age, it should be possible to bombard specific concentration camps and prisons, remote villages and towns with leaflets tailored for individual conditions. Some might target military bases with articles about the hardships of army life, the poor food, the dangers of duty above the demilitarized zone, the perks of officers accustomed to bullying the men and women who form the backbone of the North’s 1.2 million soldiers, sailors and airmen.

North Korea would undoubtedly respond with antiaircraft barrages, perhaps short-range missile shots and Soviet-era MiGs zipping around, but the planes carrying these leaflets would be drones. Nobody would get hurt, on the ground or in the air. Piloted U.S. aircraft would stay away other than for maybe a few high-flying U2 spy planes up there to see how everyone was doing way down below.

The greatest fun would be to cascade leaflets on one of Kim Jong-un’s palaces while he was feasting with sycophantic minions. The message would be simple. Sorry, comrade, the party’s over. Everyone toast to that. Donald Kirk has been a columnist for Korea Times, South China Morning Post many other newspaper and magazines. He wrote this for InsideSources.com.

It's a New Platform, But I've Still Got My Eye on Fresno