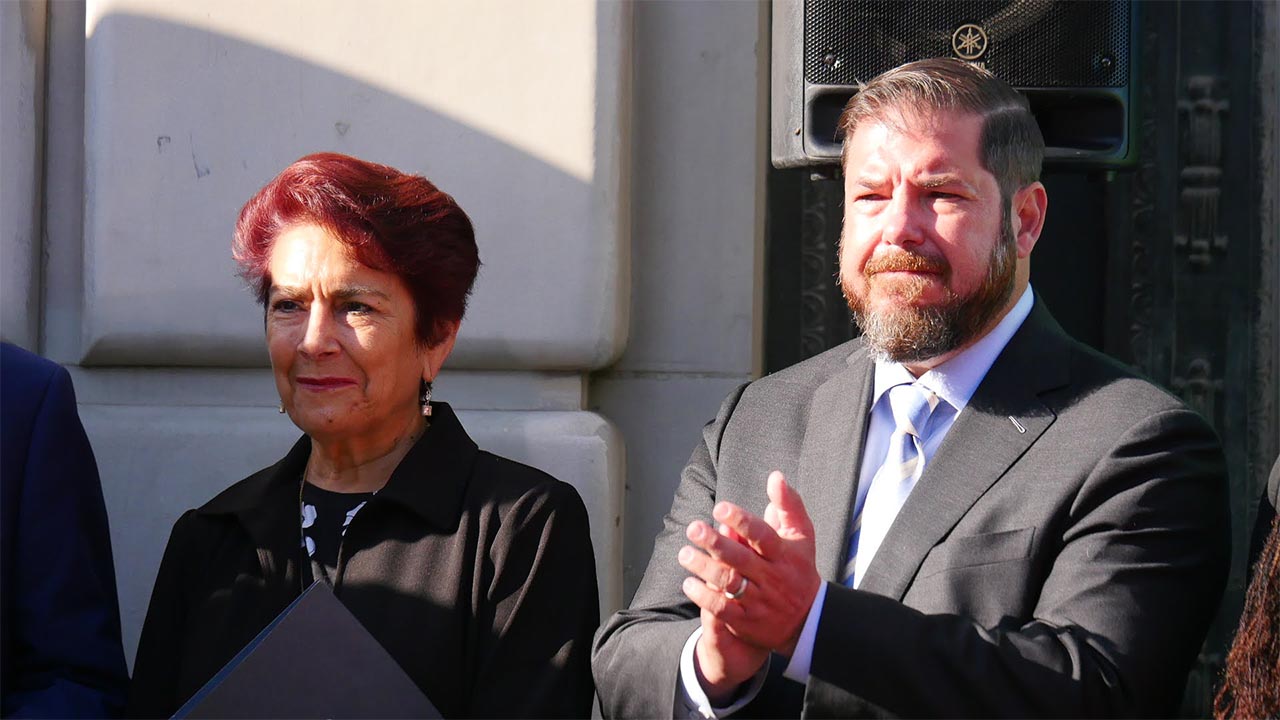 Joaquin Arambula wants to become Speaker of the Assembly, which could throw a wrench in already laid-out political plans. 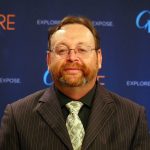 “I have been approached about the speakership and I am considering it and looking forward to more conversations. While I am humbled in the confidence which has been placed in me, a consensus decision regarding our next Speaker rests with the members of the caucus and I will respect that decision,” Arambula, D-Fresno, told Politics 101 on Wednesday.

Last year, the Democratic caucus came to a decision: Anthony Rendon, D-Lakewood, would continue as Speaker through June 30 and then Robert Rivas, D-Hollister, would take over.

Arambula would not reveal who approached him, or other details about whom he supported at the November caucus meeting. He said that only Rendon has received the 41 votes necessary to become Speaker. A vote in late June is expected to confirm Rivas, Arambula said. However, the Assembly voted (by voice vote) on Dec. 5 for Rendon, then Rivas.

“The Speaker thinks extremely highly of Dr. Arambula, but he was not involved in this speakership bid,” a source in Speaker Rendon’s office said.

Why does Arambula want to be Speaker?

“Same reason as every other member who would like to be. Everyone comes here to do good things in the world and you can do a lot of good as the Speaker,” Arambula said.

“I know it would be important for our district to have someone who understood the challenges of our communities able to make impactful changes and to bring resources back to the Central Valley,” Arambula said.

Reluctant to discuss what makes him better than Rendon or Rivas, Arambula highlighted his work as the budget subcommittee chair for health and human services.

“It is important for us to have policymakers who have had experience with the state budget so that our final budget plan reflects both fiscal responsibility while safeguarding the needs of all Californians,” Arambula said.

Arambula doesn’t have to look too far about what happens when bucking leadership. His father, Juan Arambula, paid the price when he was in the Assembly. After not going along with a spending package, Juan was subsequently assigned the smallest office in the Capitol.

“My father was proud to have been able to be a public servant and to work on behalf of the Central Valley. And you know that he is similarly proud of the work that I am doing as a representative and a public servant of the San Joaquin Valley,” Joaquin said.

How much did the city of Fresno receive in taxes from the two cannabis locations that opened last year?

The city isn’t saying, refusing Politics 101’s request for the information. The city attorney’s office said that the amount individual companies pay in taxes is private and exempt from disclosure.

Embarc and The Artist Tree opened last July to much fanfare as the first two retail marijuana locations.

The Artist Tree told Politics 101 it has paid “hundreds of thousands” of dollars in city taxes.

“The Artist Tree has been overwhelmed by the support of the community. We had hoped that the store would be well-received and the first six months exceeded our expectations,” said Courtney Caron of The Artist Tree.

The governing body of the Big Fresno Fair met for the first time in 2023 on Tuesday. Annalisa Perea serves on the fair board and this was her first meeting as a Fresno City Councilmember.

Does that mean anything conflict wise? Maybe not. But, the fair and the city usually contract with each other for policing services. Keep that in mind when either side votes on the issue.

Not much happened at Tuesday’s meeting, although members discussed acts they are negotiating with for October. They include comedian Gabriel “Fluffy” Iglesias, The Beach Boys, Pat Benatar, and Neil Giraldo.

Who Will Pay Bredefeld’s Legal Fees? 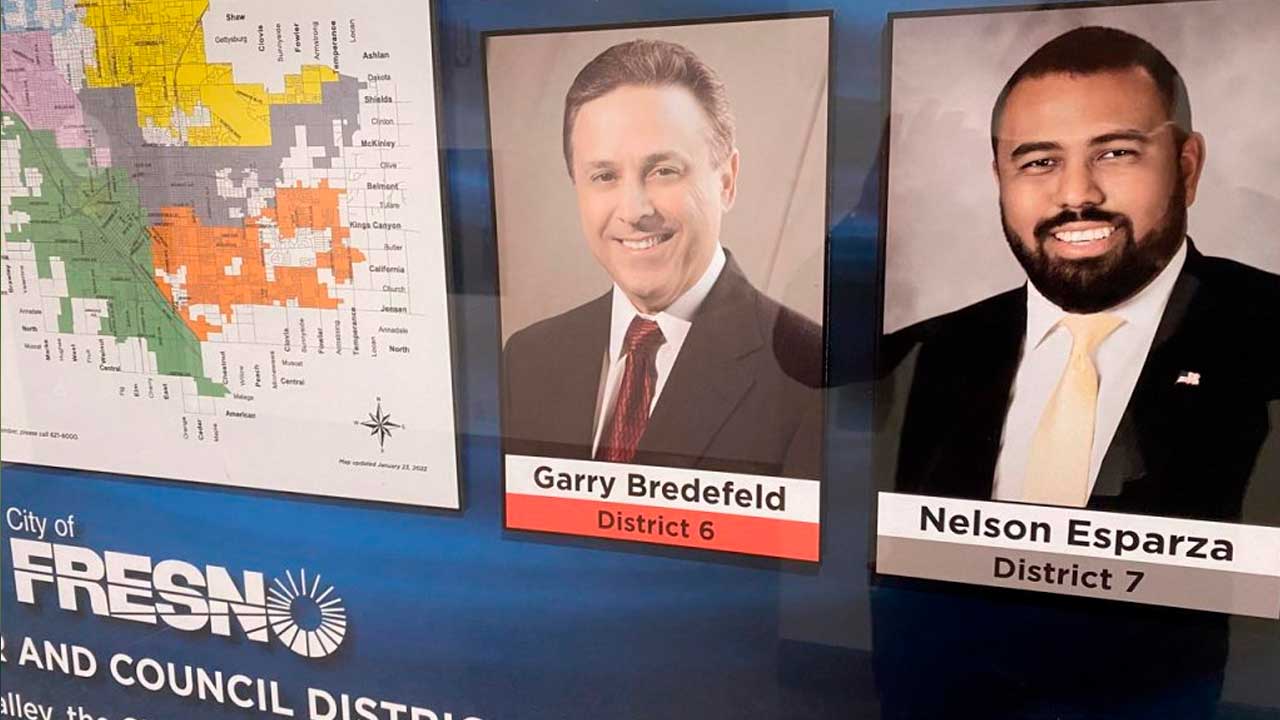 Who is responsible for $25,000 in legal fees that councilmember Garry Bredefeld incurred while defending himself from a defamation lawsuit by his colleague Nelson Esparza?

The city paid the invoice for Bredefeld’s attorney, Walt Whelan. But, Bredefeld thinks Esparza should be responsible. He is taking the case to court, but a judge has already sided with Esparza.

In a preliminary ruling Wednesday, Fresno County Superior Court Judge Kristi Culver Kapetan said the issue is moot because Whelan has been paid. It is not up to her to resolve whether Esparza should reimburse the city.

Last year, Esparza sued, after Bredefeld accused him of attempting to extort the city attorney. The civil case, as well as the criminal case, were eventually halted.

In a court filing opposing Esparza having to pay, City Attorney Andrew Janz wrote “the Fresno City Council decided not to pursue any reimbursement of its attorneys’ fees from (Esparza).”

No vote of any city council decision on the matter was ever made public, which would normally violate state open meeting laws.

“The Brown Act does not require reporting out in the circumstance,” Janz told Politics 101.

City Council President Tyler Maxwell described the process of how such a decision can be made without a formal vote — the city council gives the city attorney direction to make a settlement.

It is a questionable practice used several times over the years by the city council, to avoid making any vote, or holding a public discussion.

Janz said as part of not pursuing reimbursement from Esparza, the councilmember would waive any defamation claims against the city, the city council, and former city attorney Douglas Sloan.