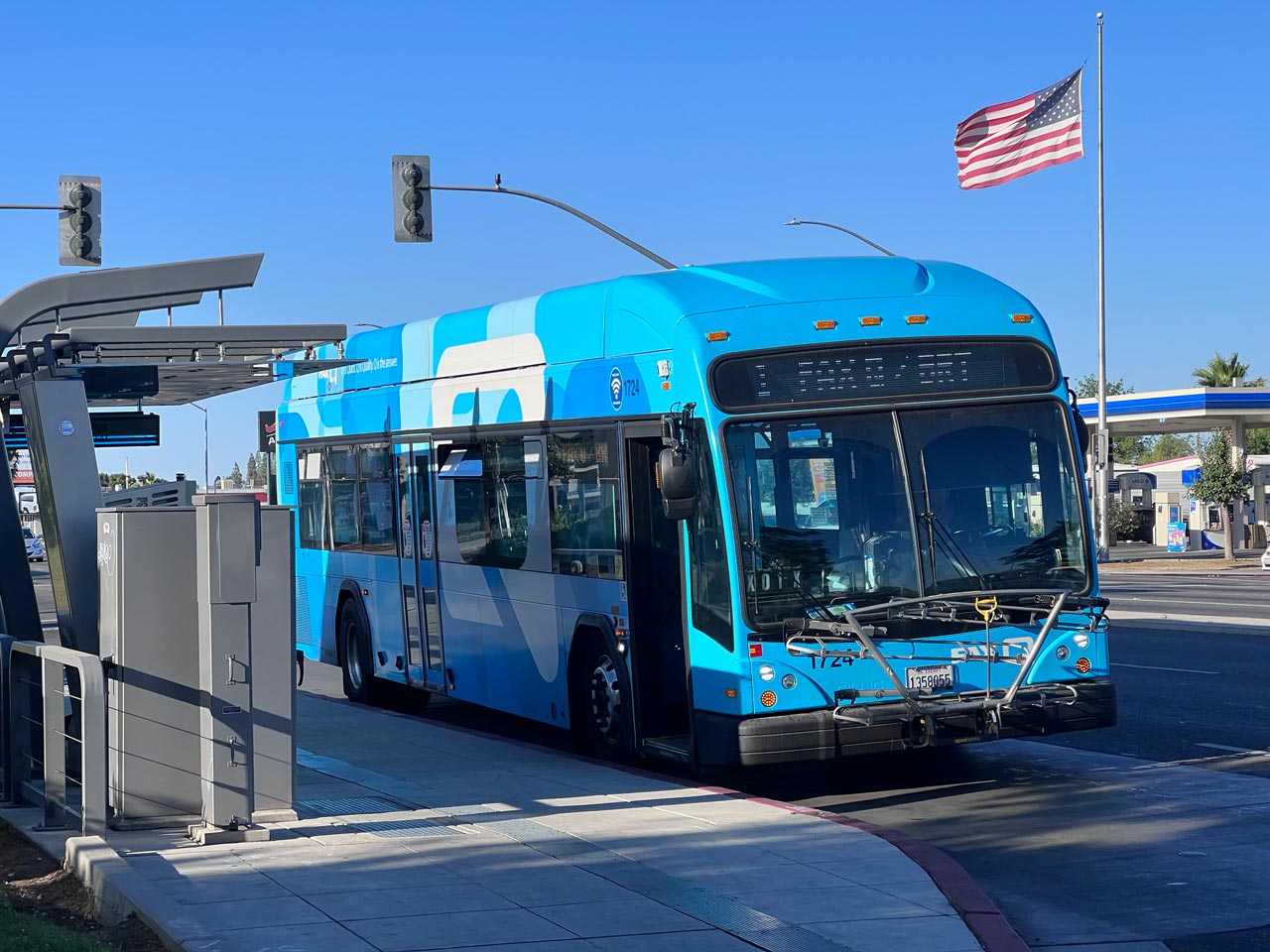 California utopians, including those holding public office, envision a state that by 2045 will have achieved zero net emissions of carbon dioxide and other greenhouse gases.The largest source of those emissions is transportation – the cars, trucks, buses, airplanes and railroad engines that carry Californians, the goods they need to live and the inputs and outputs of the state’s $3.4 trillion economy.To that end, the California Air Resources Control Board has issued seemingly countless decrees, including one that would ban the sale of autos with gas- or diesel-powered engines by 2035.

Public transit is central to the state’s hopes of reducing transportation emissions. Officials want more Californians to park their cars – or not buy them in the first place – and use buses and light and heavy rail systems for commutes and other personal trips.Despite those hopes, transit ridership is going the other way, and transit system operators and advocates are using terms such as “fiscal cliff” and “death spiral” as farebox revenues decline and there is greater demand for taxpayer money to shore up their operations.Transit usage cratered when the COVID-19 pandemic hit the state three years ago and millions of workers either lost their jobs or shifted to working at home. Ridership picked up a bit when pandemic closures eased and employment finally returned to pre-pandemic levels. However, the California Transit Association says that as of the third quarter of 2022, overall ridership was averaging just two-thirds of what it had been prior to the pandemic.“Some agencies have returned to pre-pandemic ridership levels and above, while others continue to struggle with ridership counts that are one-third of previous totals,” the organization says in a new “strategic plan” it unveiled in December.The plan “comes at a moment when our industry faces serious existential threats – slow ridership recovery, a fiscal cliff, and a widening workforce gap,” Karen King, who chairs the organization’s executive committee, said.The plan makes obtaining more financial support, particularly from the state, its highest priority, citing not only declines in ridership and operational revenue, but the state’s mandate that it get rid of its hydrocarbon-fueled buses and replace them with battery-powered vehicles. The cost of zero-emission buses and the infrastructure to operate them is tabbed at more than $11.6 billion.Three weeks after the plan was released, Gov. Gavin Newsom proposed a new budget for the 2023-24 fiscal year with spending reductions to close what he said was a $22.5 billion deficit, thanks to a projected decline in revenues.Transit officials and their supporters didn’t like the budget’s treatment of transit, particularly a $2 billion reduction in transit infrastructure. The industry’s top legislative advocate, Scott Wiener, a Democratic state senator from San Francisco, pledged to seek restoration of the funds and more money to cover transit’s revenue declines.Wiener said, “We must not let our public transportation systems go over the impending fiscal cliff and enter a death spiral – where budget shortfalls lead to service cuts that lead to ridership drops that lead to further budget shortfalls and service cuts. The state must serve as a financial back-stop against this fiscal cliff to ensure our transit systems survive.”The transit dilemma typifies the conflicts and tradeoffs that permeate the state’s hopes for achieving carbon neutrality 22 years hence. As a recent CalMatters analysis of the state’s ambitious but tortured plans to rid itself of hydrocarbon-fueled cars underscores, it’s one thing to declare such a goal on paper, but it’s quite another to make it reality when the precise steps needed are complicated, time-consuming and expensive.